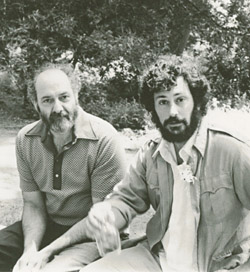 Long before terms like organic, sustainable, and locavore entered the lexicon, a fun-loving group of young, inexperienced foodies put Berkeley—almost unintentionally—on the gastronomic map. This month, Gourmet Ghetto veteran L. John Harris, one of Chez Panisse’s first waiters and a founding member of the Cheese Board Collective, publishes Foodoodles: From the Museum of Culinary History (El León Literary Arts), a celebration in word and cartoon of the 1970s food revolution and its local pioneers whose sensibilities had much to do with good food and little to do with political correctness. Interweaving pungent anecdotes and mini-biographies of Harris’s colleagues and heroes with cartoons, the book pokes fun at some of our most cherished beliefs about eating right and well.

Sitting at an antique Gothic-style trestle table in the kitchen of his North Berkeley home, the salt-and-peppery, 60-something Harris explains, “There’s a history, a bigger story than is normally told about the revolution.” And clearly he has the kitchen credentials to tell the tale. As a Cal art student in his 20s, Harris was also a founding member of Swallow Cafe at U.C.’s Berkeley Art Museum, in addition to his early Cheese Board and Chez Panisse connections. In the ’70s, Harris presided over a national garlic mania with his Book of Garlic, then founded Aris Books in 1980, publishing more than 40 cookbooks before he sold the business 11 years later. In other words, the man had a front-row seat to the emergence of the famed East Bay food revolution.

The “Heroes of the Ghetto” section of his cartoon memoir relates little-known anecdotes about colorful characters in the pantheon of East Bay giants—among them Alice Waters, Helen Gustafson, Alfred Peet (who, apparently, preferred tea in his later years), and the passionate, opinionated—and, based on Harris’s description, possibly manic-depressive—Sahag Avedisian, co-founder of the Cheese Board.

Pat Darrow, the Cheese Board’s first employee and co-founder of Swallow Cafe, recalls the era affectionately. “It was a thrilling time,” she says. “John and Bob [Waks, also a Cheese Board alum] were really young, straight out of the art department at Cal, and had no fear.”

Elaborating recently on a Foodoodles anecdote, Waks describes one wild and crazy ’70s event that some onlookers misinterpreted as performance art. “The Cheese Board staff once had a celebration dinner in what used to be a private dining room upstairs at Chez Panisse, now the Café,” Waks says. “Emboldened by the devilishly delicious food and Bacchanalian amounts of wine we consumed, our entire party, 10 to 12 of us, shed our inhibitions—and our threads—and streaked the whole restaurant to thunderous applause. Then we charged out to Shattuck, ran around the corner to Vine, made a hairpin right on Walnut, and regrouped into [poet] Susan Efros’s apartment, all intact and barely breathing hard. We were in pretty good shape back then.”

Indeed, it’s hard to imagine such an escapade unfolding today at Chez Panisse, or any other upscale eatery hereabouts. Thus Foodoodles, a tome in which Harris takes on the “excessive preciousness” of the very phenomenon he helped create—something he describes as “the Church of Culinary Correctness.”

Unlike today’s celebrity chefs, Harris notes, few of our original “foodists” had even a smidgen of kitchen training. Jeremiah Tower, one of Chez Panisse’s first chefs (and author of Foodoodles’ erudite foreword), was educated as an architect. Maggie Klein, who started Oliveto, was a botanical illustrator and a writer-editor in agricultural science at U.C. Berkeley, according to Harris. Joyce Goldstein, the first cafe cook at Chez Panisse, arrived with an art background. Bruce Aidells, Harris’s childhood friend from Los Angeles, came to the table with a Ph.D. in biology, eventually trading petri dishes for pork at his eponymous company.

And then there was Marilyn Rinzler, who went on to found Poulet. “I met Marilyn in a carpool when we went to watch a Julia Child cooking demo in San Francisco,” Aidells reminisces. “We got fabulously hungry and when we got home we organized a spontaneous potluck at Marilyn’s house.” Subsequently, Aidells became Poulet’s first chef.

Victoria Wise, the initial chef at Chez Panisse and today a prolific cookbook author, gave up an academic career for fulfillment in the culinary world. “I was working on a Ph.D. in philosophy and decided I couldn’t take another minute of it,” she says. A friend of hers happened to be walking by Chez Panisse during the pre-opening renovation, and learned from one of the workmen that the restaurant was in need of a cook. “[My friend] called me and said, ‘That’s what you love more than anything in the world; you have to get over there right now,’” Wise says.

“I got swallowed up—so to speak—like everyone else I knew who set out to do other things,” she says today. “We were not experienced in what we were doing but we were highly educated. We took what we did seriously but we didn’t take ourselves seriously.”

Then as now, in other words, plenty was cooking in the Gourmet Ghetto, but Harris—a self-described “graphic Mort Sahl”—sees a gulf between the creativity and aesthetic impulses that spawned institutions like the Cheese Board and Chez Panisse and today’s more politicized gastronomy. For example, he says, “I like the food at Gather [the new Berkeley restaurant based on sustainable local food].”

Times change. “My generation was, of course, motivated by a rebellion against the corporate industrial food system,” Harris observes. “We just didn’t always articulate it. We were also anti–processed food, anti–fast food, and anti–frozen food, but the food system did not appear as disrupted to the degree that it is today. We were content to rebel without all the slogans and media fuss. It was, for many of us, more aesthetic than political.”

Bob Klein, Harris’s longtime friend and, with wife Maggie, co-owner of Oakland’s Oliveto, concurs. “There wasn’t anything holy about anything we did back then,” Klein says. “We started the revolution as a movement of the senses. We approached it from the right, sensorial side of our brain. Now, there’s an analytical left-brain filter applied to our cooking and eating. It’s driven by intellect and principles.”

Coming from a generation raised on tuna casseroles and Lipton’s onion soup dip, Harris and many of his friends experienced their first taste of a loftier cuisine while bumming around Europe in their teens and 20s. “Ruth Reichl [former Berkeley denizen and editor of the now defunct Gourmet magazine] and Alice Waters are the most prominent to talk about their epiphanies,” Harris says. “But everyone I know fell in love with food in Europe, especially France. It wasn’t Julia Child’s world of fancy French cuisine. It was a humbler, more provincial form of cooking.”

Harris’s own enlightenment, at the age of 15, came courtesy of a French family’s dinner table. “I went to visit my brother who was staying in a Parisian home while studying at the Sorbonne,” he recalls. “The woman of the house, Madame Pelletier, made a quiche Lorraine one night. I’ve never had a quiche that has come close since.”

But the 1970s food revolution wasn’t just about doing it French-style. “Some of the foods we tried were outrageous,” Harris admits. “There was almost a cult around this fellow who wrote a book called Unmentionable Cuisine, Calvin Schwabe. He was one of these academic types who study what people eat all over the world. Once a year we would have a Calvin Schwabe dinner at Augusta’s on Telegraph Avenue and we would eat various exotic things—insects, ants, cow eyes and brains and ears—the original tail-to-snout cooking.”

In the hallway next to Harris’s custom-designed kitchen hangs a Ginny Stanford oil portrait of famed culinary writer M.F.K. Fisher, whom Harris published in the ’80s. “Stanford did several portraits of her before she passed away and one now hangs in the Smithsonian,” he notes. On the opposite wall is a poster displaying the covers of all 40 of the cookbooks published by Aris Books. Beneath that is a small print of what appears to be a famous self-portrait by Picasso—until you sense something is slightly amiss with the image. Picasso, a more careful viewing reveals, is holding what seems to be a pie, and the artist’s characteristic slanted signature has been altered to read “Piecasso.” “That was a precursor to one of my first Foodoodles from the 1980s,” Harris says.

In spite of his history as a gourmet, a word he stubbornly prefers to “foodie,” Harris admits he does not cook as much as he used to. When he does, it might be a braised brisket that will serve as the basis for a week’s worth of meals. “Without all the clichés of the slow food movement, I believe in, literally, slow food,” he says. “I don’t use food processors. I’ll make one form of a dish, say a braise of meat or fowl, and the next day I’ll use the wonderful gravy as a base for a soup that I’ll add, say, white beans to, and then maybe use the leftover beans as a side dish for pork chops. It’s process cooking, geared to my own palate.”

But, like the rest of us, he is just as likely to bring home a carton of take-out soup, adding stock, spice, or lemon juice as needed. Such modifications, it might be noted, are not reserved for the privacy of his own kitchen. “Even at restaurants I’ll make my own salad dressing. If it’s watery I’ll ask for some olive oil, if it’s weak on acid I’ll ask for lemon or a little vinegar. If there is a little Dijon mustard on the table, I’ll add a little of that. Some of my friends call me the food doctor.”

Restaurateurs, on the other hand, might have less flattering names for a customer who’s more concerned with pleasing his own palate than following protocol. It’s clear as consommé, though, that Harris couldn’t care less. “Berkeley always does what it does regardless of its impact,” he says. “When you leave here you realize we are in our own little bubble. We’re a kingdom all to ourselves. It’s not merely the People’s Republic of Berkeley, it’s the Kingdom of Berkeley.”

——————————————
Andrea Pflaumer writes about food, culture, and the environment from Berkeley, where she lives largely because of the food. Her website is: andreapflaumer.blogspot.com. 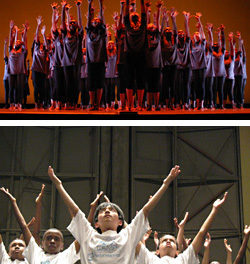 Rise Up and Shine 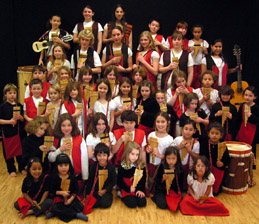 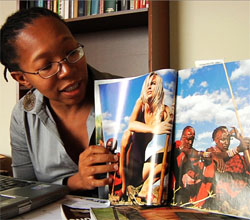 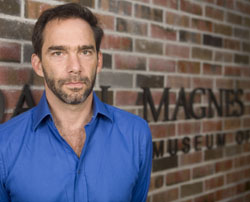