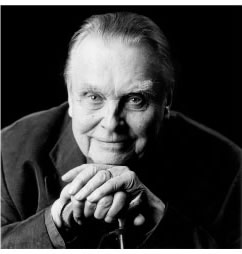 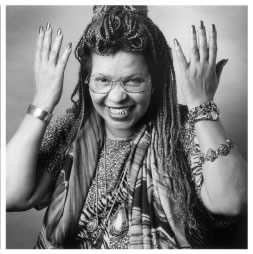 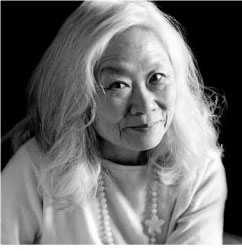 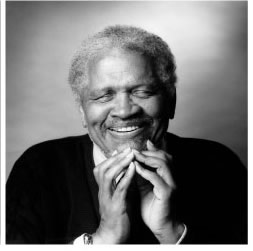 When photographer Margaretta Mitchell first heard poet Czeslaw Milosz read his poetry at the U.C. Berkeley Morrison Library, she found herself forming a strong mental image. She envisioned Milosz as an enormous hunk of granite–strong and solid.

Later, in her studio, Mitchell described her vision to the poet. Milosz didn’t have his hearing aid that day, so his wife acted as an interpreter for him, whispering Mitchell’s words into his ear. Milosz sat impassive and unresponsive. After a moment of silence he responded: “If I am granite, then my wife is a diamond.” A moment of reflection and he changed his mind: “No, she is an emerald.”

For Mitchell, the conversation revealed something about the man, so strong and gruff and imposing but underneath filled with a deep and real tenderness for this woman who shared his life.

Mitchell photographed Milosz, and over 40 other poets, for her new book The Face of Poetry. In his portrait, Milosz hunches forward, hands folded under his chin, eyes peering out toward the camera.

“He’s like a rock,” says Mitchell. “He can look so harsh, but you can see a twinkle in his eye. If I was writing a poem about him, that image of a granite block would show up. I’m not speaking with words, but I have to make that idea show up in another language, a nonverbal language.”

If Milosz is granite, then Mitchell herself might be amber–like a stone slowly solidified over time from tree sap, she is quiet and unassuming but abiding and patient. A calm and meticulous woman with square spectacles and blonde-white hair, Mitchell labored patiently over The Face of Poetry for eight years, working with poets whenever they came to read in the Bay Area.

The Face of Poetry pairs Mitchell’s striking images of poets’ faces with examples of their poetry. The project allowed Mitchell to get up close and personal with some of the most respected poets in the country–including Ishmael Reed, Alan Williamson, Robert Hass, and Brenda Hillman–and offers readers a chance to study their faces as well as their words.

The book started almost as a happy accident, when in 1997 Mitchell learned that leading poets would be in the area to read their work for U.C. Berkeley’s Lunch Poems Reading Series, an event coordinated by Zack Rogow, who was at the time senior editor of publications at the Graduate School of Education at U.C. Berkeley.

The Lunch Poems Reading Series brings poets from around the country and the world to read their work at U.C. Berkeley’s Morrison Library. Every month, a different poet takes the stage to recite some of his or her favorite work.

“When I heard that, I immediately thought, ‘What a wonderful opportunity to see all these poets in one place!’ ” says Mitchell. “A lot of photography has to do with seizing opportunities as they appear.”

For Mitchell, it was the perfect chance to create lasting and memorable portraits of people whom most of America knows only through their words.

Mitchell photographed all the Lunch Series poets that agreed to participate, poets who came to Berkeley from across the United States and stopped by her studio for an afternoon before returning home. The Face of Poetry is edited by Rogow with a foreword by former U.S. poet laureate Robert Hass.

“With gorgeous portraits of poets looking out at their poems on the page, this book replicates as closely as possible the experience of a poetry reading,” says Laura Cerruti, the editor who acquired the book for U.C. Press. “We are thrilled to have brought this poetry to life–and possibly to a wider audience that doesn’t have access to the rich tradition of poetry events that we take for granted in the Bay Area.”

Mitchell attended the Lunch Poems Series, but she wasn’t interested in photographing the event itself.

“This was not the place for journalistic grab-shots of poets caught open-mouthed at the microphone during their readings,” she wrote in the introduction to the book. Instead of snapping quick shots of poets standing awkwardly behind a podium, she wanted to create intimate portraits–deep, open, and revealing–capturing not a fleeting moment in a poet’s life but the very essence of his or her personality.

“I was trying to develop some kind of language in my medium of photography that was similar to what is involved in poetry,” says Mitchell. “Each portrait is different because each poet’s poetry is very different. I didn’t want to reduce them all to one tone when each one has a different kind of music.”

And that, according to Mitchell, is one of the biggest challenges in portrait photography: drawing out a subject’s personality, bringing their subtle, individual quirks and nuances to the surface.

“People can disappear,” she says. “All you’re left seeing is a blank face, and that can be very frightening. With a poet, it’s not really necessary to draw them out like you do with most people, because they’re already so sensitive, they know what they’re about.”

For each photo session, Mitchell attended a poetry reading before returning to the studio to think about how to photograph the reader. It was only after hearing a poet’s words that she could reflect on the ideas brought back about this person, formulating how best to photograph him or her.

Some photographers are known for a specific style, for imposing their own artistic vision upon their subject so that the photograph becomes more a reflection of the artist than the subject. But for Mitchell, it was more important to create portraits that naturally reflected the poets. She drew her inspiration from each individual poet, playing up the traits that made them unique, that gave them personality–from the way Maxine Hong Kingston’s incredible flowing snow-white hair caught the light to Mary Ruefle’s quirky, mischievous nature to Ishmael Reed’s hands which seem to tell what he’s thinking.

“Ms. Mitchell didn’t maneuver me into silly plastic smiles and cornball traditional shots, like head resting on fist, which I hate,” says Oakland-based poet Ishmael Reed, author of Flight to Canada and The Last Days of Louisiana Red. “Nor did she attempt to picture me into some plantation-type rascal pose, like that of the poor hapless actor who plays the French-speaking criminal’s sidekick in Derailed.”

Mitchell knew from the start that she wanted intimate pictures of faces, a testament to the power of the human face to move and inspire us.

“Ideally, I would hope that a good photographer would get a take on the personality or inner life of the person being photographed,” says Alan Williamson, a featured poet in Mitchell’s book, a literary critic, and writer of the poetry collection Res Publica. “With this book, you can learn about [the poets] one way through photos and another through the poetry.”

Mitchell envisioned Williamson, a professor of English at U.C. Davis, as “a scholar and a professor.”

“I usually don’t like the way I look in photos,” says Williamson. “But these are some of the few where I like how they turned out. I look serious but also naturally myself.”

There’s a tendency to view photography as an appendix to something else–to fine art, to journalism–and therefore as something lesser. The fact that almost everyone has their own private camera that they can lug out to take haphazard snapshots of family occasions might make photography seem mundane and commonplace. But despite this proliferation, Mitchell still sees the portrait photograph as something powerful and revealing.

“A portrait photograph is particular,” the photographer says. “It stands for a moment in a life, it interprets humanity for the ongoing generations. I know that in the far future, people will see these poets and know them through my eyes. In that slice of reality, a person was there across from the lens, from the camera, from the photographer.”

A limited edition print of a collage of all the poets has been published by Elysian Editions. For information, call (510) 655-4920. More information about The Face of Poetry at www.margarettamitchell.com

Mike Rosen-Molina is a graduate of the U.C. Berkeley School of Journalism who once had a Polaroid camera. His work has also appeared in the East Bay Express, Sacramento News and Review, and the Davis Enterprise. 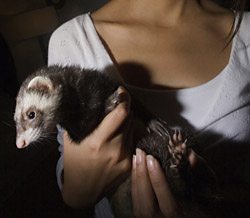 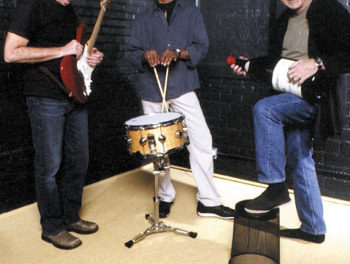 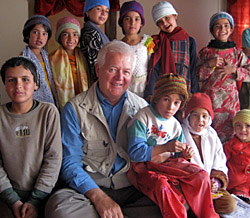 From Lafayette to Afghanistan 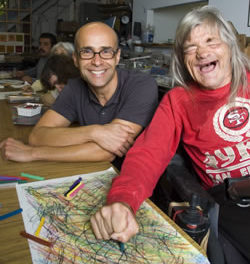