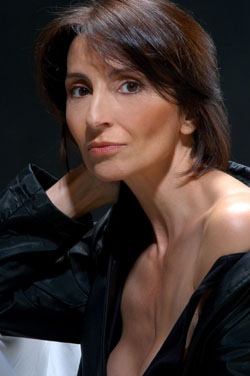 María Volonté entered Tortoni, the oldest and most famous tango club in Buenos Aires, wearing a full-length gown, her hands cupped around a wireless microphone, crooning classic tango songs, enthralling me and the rest of the intimate club for more than two hours.

It was 2000 and I was in Buenos Aires to cover the country’s economic meltdown for National Public Radio but had found a respite from the “piqueteros,” the picketers who were shutting down the city to protest the crushing two-thirds devaluation of the Argentine peso. Volonté is one of Argentina’s most popular tango singers and an internationally famous vocalist, who has produced six CDs.

From her Buenos Aires condo, Volonté could look out over the city’s magnificent skyline above the River Plate. She could walk to the bustling music clubs and late-night restaurants in the historic and hip San Telmo district. When she visited any of the clubs, the owners immediately gave her the best table. Winner of the esteemed Gardel prize, the equivalent of an American Grammy, in 2004 for her CD Fuimos, Volonté was thriving in Argentina.

Some eight years later, she is living in the Oakland hills, strumming her guitar on a redwood porch, watching the sun fade behind the horizon. She relocated to the East Bay last year partly for love. She married her longtime boyfriend, whose family lives in Oakland. But she also wanted the chance to spread her music to North America and work within the East Bay’s eclectic music scene.

“I have a history and experience to draw on,” she says. “I don’t really feel that I’m naked in the desert.” The question for Volonté is not how to survive—she’s not afraid of rebuilding her name in the United States—but rather how to develop her music in this new country. 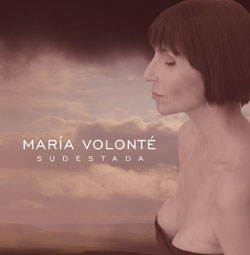 Here in Oakland, she continues the fusion process by absorbing the cultural and musical influences of her adopted city. Volonté stops by Yoshi’s to hear top jazz artists. She listens to music she has never played, such as bluegrass and Venezuelan folk.

“The world of tango can be very traditional and narrow,” she says. “I confess that it is very liberating to be away from Buenos Aires for a while in order to hear my own voice.”

That haunting voice and minimalist guitar style allow her to incorporate many different sounds into her music.

“I used to play the guitar only for composing,” she says. “Coming here put me in touch with my own resources and my personal sound. I wanted what was truthful for me, respect for roots, but also the love of experimentation.”

The question remains, however, whether American audiences will respond to that experimentation.

Tango got its start in the port city of Buenos Aires in the late 1800s. It combined rhythms of Africa with melodies and instruments imported from the Spanish world. Musicians fused a style of folk music called milonga with Cuban habaneros to form what we know today as tango.

Upper-class Argentines considered tango the dirty music of the lower classes, analogous to how the white, American upper crust looked at jazz in its formative years. Daniel Garcia, founder of the well-known Buenos Aires group Tangoloco, told me during a 2008 trip to Argentina that tango “started as music played in houses of prostitution. It functioned in these marginal areas of town.”

By the teens of the last century, however, tango had become wildly popular, sweeping through Europe, the United States and Japan. But it was all instrumental. Carlos Gardel, the golden-throated baritone, was the first to popularize the singing of tango. To this day, he remains so popular that three countries all lay claim to his being their native son (France, Uruguay and Argentina). Volonté carries forward Gardel’s tradition of tango singing.

Garcia characterizes Volonté’s music as soulful and passionate. “When she sings, everyone stops and listens,” he says.

That was indeed the case when I first saw Volonté in Buenos Aires. She opened with the world’s most famous tango, “La Cumparsita.” She performed classic tangos, the music of new tango composer Astor Piazzola and her own songs. She also displayed an impish sense of humor by singing Tom Lehrer’s “Masochism Tango,” in English with the lyrics: “I ache for the touch of your lips, dear/ But much more for the touch of your whips, dear/ You can raise welts like nobody else/ As we dance to the masochism tango.”

After Volonté received a Latin Grammy nomination in 2004, she visited Los Angeles for the ceremony and explored the possibility of working more in the United States. She wasn’t sure how a U.S. audience would react to someone who sang only in Spanish.

“It’s tough for Latin musicians in the U.S.,” explains Raúl Carnota, one of Argentina’s most famous folk singers. “People in the U.S. want to understand the words. Here or in Europe, that’s not true. You can sing in Chinese or Japanese or Russian. People listen. In the U.S., no. It’s not an easy place, your country.”

On Labor Day 2004, Volonté performed with veteran Bay Area jazz pianist Larry Vuckovich at Yoshi’s in Oakland, making it her first major U.S. appearance. Instead of inviting Volonté to sit in for one song, Vuckovich offered her half the show. She sang tangos, boleros and tropical music. Audience members, most of whom did not speak Spanish, tapped their feet, clapped and whooped, moved by the passion in her voice.

The performance “produced immediate excitement,” Vuckovich remembers. “Every time I know that I’m going to be playing with an authentic person—whether bebop or world music—I’m excited. She’s one of the only singers in South America who can do authentic tango and still mix with a jazz-Latin group. It was refreshing.”

Volonté is intrigued with the ethnically diverse culture of the East Bay. Buenos Aires, while a city of immigrants, remains largely white. So even attending a music concert in Oakland became an adventure in multi-ethnicity.

Volonté also gets asked a question rarely encountered in Argentina: “What are you?” As a tall, fair-skinned woman, she doesn’t exactly fit the stereotype of a South American immigrant. In fact, she’s most often asked, “Are you French?”

When she says she’s Argentine, some people say, “Oh Argentina, the capital of Brasilia.” Most of the time, however, strangers say, “Oh yes. Argentina is beautiful.” Many came to know the country, ironically, as a tourist bargain because of the currency devaluation of 2000.

Volonté consciously decided not to go to New York, the ultimate destination for many musicians. “The typical place to go would be New York. Grab your knife and let’s go get ’em,” she says with a laugh.

In Oakland, she says, “There is communication with people from different cultures who have different experiences. In spite of those differences, there is something very strong that happens beyond words.”

Volonté performs solo, accompanying herself on guitar, and with her Tango Jazz Ensemble, which features piano and bandoneon, the accordion-like instrument played in tango. Volonté has performed for SFJazz (formerly San Francisco Jazz Festival), and was a big hit at two jazz venues in New York over the summer. She has a Spanish tour lined up and will play additional Bay Area events early this year.

“I was never planning to do the typical tango show,” she says. “I definitely knew the scene I wanted to approach was jazz and world music.”

As Volonté finds footing in the United States, she feels welcomed by Bay Area musicians. “The new world of musicians is so exciting,” she says. “The feeling has been encouraging. I don’t feel competition. On the contrary, I feel embraced.”

——————————————
Reese Erlich is an Oakland-based journalist who writes about politics and jazz. His new book, Dateline Havana: The Real Story of U.S. Policy and the Future of Cuba (Polipoint Press 2009), is now on sale. 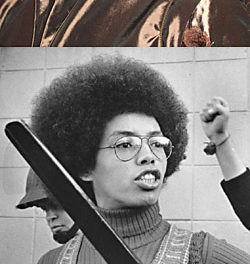 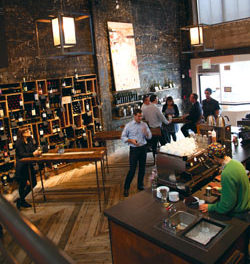 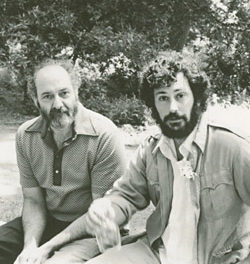 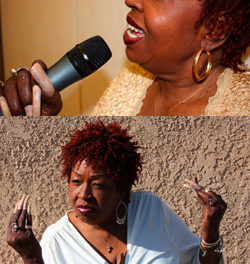