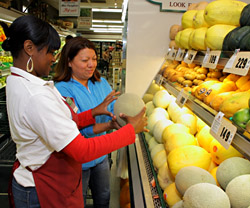 Some of us love to shop for groceries; others are less keen on searching out stuff to slap on the dinner table. But members of both camps can agree on one thing: Collecting your comestibles is more pleasurable in a warm, friendly, thoughtfully stocked shop. For proof, look no further than the many small independent groceries in neighborhoods around the East Bay—most of them family-owned for generations, committed to local growers, and thriving despite a turbulent economy.

All in the family

The granddaddy of indie grocers is certainly Piedmont Grocery. Founded by Herman and Eugenia Sack in 1902, Piedmont Grocery weathered a major earthquake and fire (which destroyed the original store on 41st Street and Piedmont Avenue) but has managed to remain Oakland’s beloved market through generations of customers—and owners. In 1927, the Sacks hired 16-year-old Charles Larson, who worked his way up the ranks and purchased the market 30 years later. His son David Larson took over in 1968; today, David runs the operation with his daughter, Amy Pence, 39, of Pleasant Hill. 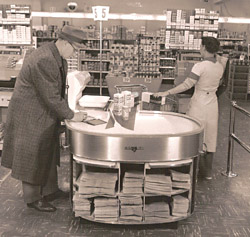 Over the last 110 years, Piedmont Grocery has evolved from sawdust on the floor and horse-drawn delivery wagons to barcode scans and Twitter posts about the latest products, says Pence. When her grandfather owned the market, it was about knowing “what’s next.” Now, in the era of big chain stores, Pence says, the grocery’s strength is that “we are better able to adapt to what the customer wants, a lot faster and easier than other markets.” For example, the evolving establishment now boasts an impressive salad and hot bar with a multitude of gourmet take-home items to appeal to busy families, nearby hospital workers, and the bustling area’s shoppers.

While the family-run market covers the basics with plentiful produce and everyday items, it also features a full-service meat and seafood counter, an extensive cheese section, a wine and spirits department, a substantial selection of gluten-free foods, and an international aisle (think Australian Vegemite, German egg noodles, and Spanish tinned tuna). “We try hard to bring in quality products that fit in with the personality of the neighborhood,” Pence says.

The market’s character is also exemplified by the slow rate of staff turnover—some checkers have been at their posts as long as 30 or 40 years. Amy fondly recalls handing out pre-ordered turkeys during Thanksgiving one year, with customers and staff milling about, socializing with friends on the sidewalk.

It’s a produce mecca, resembling a grand version of roadside farmstands in rich agricultural lands like Sonoma and Salinas—but fortunately for us East Bay folks, Monterey Market is smack in the middle of a North Berkeley neighborhood. The grocery stocks pantry staples, bulk dried goods, and natural beauty products and cleaning supplies. But roughly 80 percent of the store is devoted to fresh produce.

Rows and rows of leafy greens fill a section the size of most corner-store markets. Fruit shoppers roam among aisles jam-packed with peaches, plums, and berries, and at least a dozen types of melons, citrus, and grapes—including merlot and syrah wine grapes, rarely offered by mainstream supermarkets.

Founded in 1961 by Tom and Mary Fujimoto, Monterey Market has been at its current location since 1980. The Fujimotos’ children have since inherited the market, and it’s now run by daughter Gloria of Berkeley, son Robert of San Jose, and a grandson in his 40s, Scott Fujimoto of Los Altos.

According to Scott Fujimoto, the family continues to stand behind one basic principle: fresh, high-quality fruits and vegetables at reasonable prices. For stellar shopping, swing by on a day when you have time to explore the bounty of produce and enjoy the ultra-Berkeley vibe.

It takes a Village

Set along curvy, tree-lined Broadway Terrace in upper Rockridge, Village Market stands out with its old-fashioned, neon-yellow sign and entry flanked by carts of farm-direct produce under canvas umbrellas. Next to a small cafe and across from a large nursery, Village Market is a friendly, well-kept store frequented by nearby families. Built in 1952 and originally owned by the Larson family (of Piedmont Grocery), the establishment was purchased by the Trimble family in 1974 and passed down to Keith Trimble, 35, of Lafayette, and his sister, Claire Bryant.

Trimble has worked full time at the market for a decade—a typical length of employment for much of the staff. “We take care of our employees, treat them like family,” he says, “and they treat our customers like family.” At most independent markets, customer loyalty is vital to success. Trimble and his team cultivate patrons through a program called “Creating Customers for Life,” which includes following up on every special request. “We end up bringing in 90 to 95 percent of those requested items,” he says.

Village Market stocks a balance of the necessary and the decadent. The bakery features artisanal brands like AppleBaum, Graceful Cookie, Effie’s homemade cake mixes, and Dancing Deer’s all-natural brownies. The deli counter showcases fresh, wild, and sustainable local seafood; meats from Harris Ranch, Estancia, and Niman Ranch; and prepared items like ricotta- and spinach-stuffed chicken or skewers of bacon-wrapped pork tenderloin with a Mediterranean marinade, ready for the grill. Along with the usual household and pantry items, Village Market offers a small salad and hot bar with soups made in-house, and sushi delivered daily from Kikka in Southern California—with plenty of brown rice sushi-roll options.

The market is near four schools—Hillcrest, Aurora, Holy Names High School, and St. Theresa’s—and draws a steady stream of kids seeking after-school snacks. Their parents flood in for the second shift after work, picking up last-minute dinner items or barbecue from the outdoor grill. It’s a good bet you’ll run into someone you know at Village, as it’s known locally.

Alameda’s largest neighborhood grocer is known for its traditional butcher shop, organic produce from small California farms, and artisanal beers. Family-owned since 1952, Encinal Market changed hands three years ago, when the Wendling family sold the store to Joe Trimble, an Oakland resident whose brother and sister own Village Market in Oakland.

Today, Trimble, 36, says his goal is to maintain the same “pleasant shopping experience” that longtime Encinal customers have always enjoyed. The comprehensive market stocks a little bit of everything, but the biggest draw is the old-school meat department run by butcher Joe Scalise until Trimble took over in ’09. (Scalise’s cousin, hired in the early ’90s, is still an employee).

Encinal Market also carries a considerable selection of craft brews—there are roughly 400 different beers on the shelves—which, for a grocery store, Trimble admits, is pretty amazing. He prefers to stock only “unique and interesting” stouts, lagers, and ales, whether domestic or imported. As a result, Encinal Market customers have become knowledgeable themselves, and often request special or rare items—like gruit, an herbal beer popular across the European continent some 800 years ago, before the advent of hops.

Berkeley Bowl is the behemoth of independent markets in the East Bay. Opened as a small neighborhood store on Shattuck Avenue in 1977 (and housed in a former bowling alley), Berkeley Bowl moved into a 40,000-square-foot, former Safeway site on Oregon Street in 1999. It quickly became popular for its extensive, well-priced produce section.

Ten years later, owners Glenn and Diane Yasuda built a sleek industrial second marketplace known as Berkeley Bowl West at Ninth Street and Heinz Avenue, complete with underground parking and detached cafe. The latest location’s size—double that of the original—enables it to offer more of what customers crave: organic produce and a lot of it, please.

In addition, shoppers have access to a much larger, full-service meat and seafood department, cheese and bulk foods, a deli with over 100 varieties of meats and salamis, a separate made-to-order Asian food station and taqueria; and yes, more cash register lines and parking.

Grocers Joe and Diana Tam also started small, in 1994, and then expanded. Their original Farmer Joe’s market in the Laurel District is a cozy corner market with organic produce. The small store at MacArthur Boulevard and 35th Avenue has a no-frills feel but is well-stocked with dried goods (including Ramos dried chiles, seeds, and corn husks), as well as local breads and produce; there’s also a tiny meat counter with Panorama grass-fed beef and fresh, wild-caught salmon filets.

A Star is born

Like many independent markets that span nearly a century, Star Grocery oozes old-timey charm. Tucked into a quaint strip of shops along Claremont Avenue in Berkeley, the neon sign–bedecked, bright blue awning of Star Grocery is reminiscent of a classic mom-and-pop shop. Jim Pappas opened Star Grocery in 1922, eventually turning its operations over to his son, Nick, in the early ’70s.

Burkhart grew up in the market (he lives just above it) and is now in charge of its impressive collection of unique beers, among other things. A fan of craft beer from an early age, Burkhart continuously researches interesting breweries and keeps a spectrum of types in stock, from mild-mannered pilsners to “some rare, 11 percent-alcohol brew crafted by Italian prisoners,” he jokes, for diehard beer geeks.

Another notable section of Star is an immense selection of local and imported chocolates, including raw, organic, and fair-trade delicacies. The stock in general is thoughtful and unique—niche items make an appearance in every section, like local Phoenix pasta, Ritual and Bicycle coffees, Frog Hollow preserves, kosher foods, artisan cheeses, and art by Creative Growth, an Oakland-based nonprofit. Asaoka, who’s also an artist, meticulously tends to the produce to ensure that it’s local and pesticide-free. Pappas rents out the back of the grocery to Star Meats, a full-service meat and seafood counter known locally for gourmet deli sandwiches (made to order daily, 11 a.m. to 2 p.m.) and housemade sausages (like the dried mission figs and black-truffle pork sausage patrons lust after).

Despite renovations over the years, Star retains remnants of its past: colorful, decades-old grocer signs and a vintage “Belfast Sparkling Water” clock still hang above the middle of the store. A few dozen books line the front windowsill as part of the neighborhood’s ongoing book exchange. And Pappas continues to carry charge accounts for his longtime customers—an unprofitable tradition he refuses to deny the community that raised him (many customers knew Pappas when he was a kid).

At Star, as at other pocket-size independent grocers, customers don’t expect rock-bottom bargains—buying in volume is not an option for small stores. But pricing doesn’t seem to be a big problem, judging by the number of neighborhood regulars who stop in on a daily basis. “People here are really loyal,” says Burkhart, who believes that his customers truly want to make Star their one-stop shop rather than deal with the hustle and bustle of larger chain stores nearby. “We’re not like other places,” he says. “It’s just a nicer place to come.”

————
Samantha Campos is a freelance writer from Maui, Palm Springs, and Marin, now firmly planted in Oakland. She’s written about everything from dive bars to edible schoolyards, and Shrinky Dink art made by Russian royalty to the daily life of a coroner. Read more of her erratic musings at facebook.com/samantha.campos or holohologirl.blogspot.com. 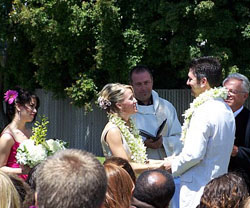 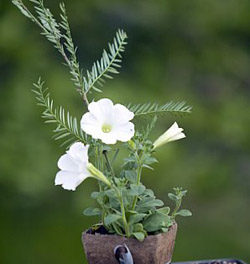 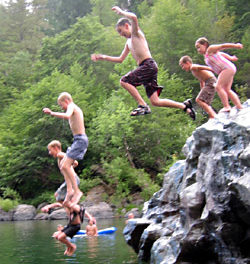 Bring on the Bug Juice 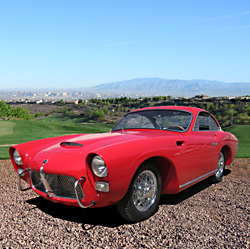