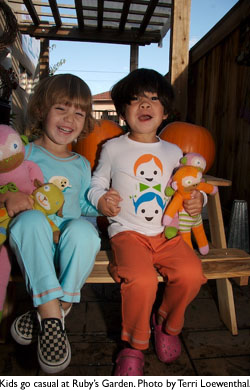 How their garden grows

Longtime Temescal neighbors Mae Chan Frey and Mary Prince both had kids leaving the nest—Chan Frey’s to preschool and Prince’s to college—and both were itching to use their creative energies in a new way. Prince loves flowers and Chan Frey loves design. So they opened Ruby’s Garden, a kids’ clothing and fresh flower shop in Oakland’s Temescal district.

Ruby’s Garden lets local suppliers shine: Not only are the flowers from Bay Area growers, but much of the clothes are from local, sweatshop-free designers who often use organic materials, like Glug Baby and Speesees of San Francisco, Acorn Ink of Oakland and Astrotot of Emeryville. The shop, open Tuesday through Saturday, 10 a.m. to 6 p.m., also carries hand-knit products like yarn animals, hats and sweaters that help Peruvian and Kenyan women gain economic independence.

Prince and Chan Frey believe Ruby’s Garden fills a niche because there aren’t any other flower shops near their 51st Street location. “And flowers really brighten up a neighborhood,” says Prince. She focuses on arrangements that incorporate the unexpected—like beautiful stalks of sepia-toned hydrangeas or variegated dahlias that look like fireworks.

As for Chan Frey, uncommon children’s clothing in Temescal makes sense. Much of what’s out there for kids is a kind of country-club chic, with polo shirts and khakis. But that classic look doesn’t fly in Temescal. “The parents around here don’t wear those kinds of clothes themselves,” Chan Frey says. “I want to offer edgier, art-inspired kids’-clothing designs that parents would wear, too.”

When she arrived in the Bay Area from Paris a few years ago, Mona Yang discovered that she couldn’t find the kind of clothing for her daughter that had been available in Europe. So she began making informal buying trips across the Atlantic, trolling tiny boutiques for classic, durable items. Soon her passion became a business plan.

“I would travel to New York or Paris and pick up things for my daughter,” she says. “Finally it occurred to me that I should open a store.”

The shop, called milk, carries clothes for children 0 to 6 made by designers out of San Francisco, New York, France, Italy and Sweden. Yang’s current favorites are dresses and skirts by Bonpoint, cashmere cardigans by Ovale and hoodies by Makie. “The look is simple, European, with neutral colors,” Yang says. “And our things are of excellent quality—you can wash them over and over and they stay the same.”

It’s not just the kids who benefit from milk: For mothers, Yang offers a line of high-end jewelry made by two French designers: Marie Hélène de Taillac and Dinh Van (who spent more than 20 years at Cartier).

Why “milk”? “I came up with the name when I was breastfeeding my daughter,” Yang laughs. “After all, what does a child need? Love, safety and milk.”

Back pain cramping your style? Berkeley SpineMED’s Dr. Mik Hamilton offers spinal disc decompression—a non-surgical, painless treatment using the FDA-approved SpineMED table to reduce pressure inside the discs and allow fluids and nutrients to flow back into them. Hamilton says Berkeley SpineMED is the only chiropractic facility in the East Bay with the device.

Decompressing the discs relieves nerve pressure, and can help people who suffer from sciatica, chronic low back pain, herniated discs or even failed back surgery, Hamilton says.

“The discs are under compression due to gravity, and they can bulge out. It’s kind of like what a balloon looks like if you hold it between the palms of your hands and press,” says Hamilton. “The SpineMED table helps the discs to settle back in line and heal.”

Hamilton uses a computer to calibrate the speed and tension of the device to create the particular negative pressure needed to allow each individual patient’s spinal discs to return to balance. Relief typically comes two to three weeks after beginning treatment, says Hamilton. The frequency of treatment depends upon the intensity of symptoms.

Looking for a new frock for the holidays? Maybe you need a breezy 1920s Czech embroidered dress the color of peach ice cream, a lemony Chinese silk jacket or a pale blue, silk chiffon number sprinkled with sequins.

Check out these offerings and more at Clotilde, a new women’s clothing shop with an Old World feel. Clotilde specializes in one-of-a-kind antique pieces, high-end vintage, ethnic, and American and European designer lines.

Owner Barbara Hunt rounds out her collection with a unique range of accessories, including Deco and modern jewelry, embroidered Persian shawls, beaded belts and bags, shoes, and a charming collection of hats.

A 30-year retail veteran (she owned Yasmine on Solano and Bibelots on San Pablo), Hunt selects items for women who “have an eclectic, sophisticated style and like beautiful and unusual pieces.”

Hunt translates the Euro theme into her customer service. Says Hunt, “We hope to inspire you and to enliven your style by our specially selected mix of lovely treasures.” 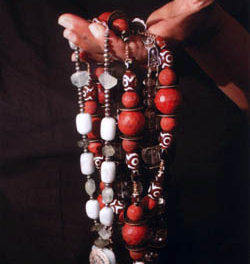 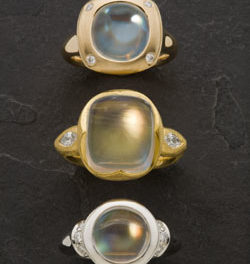 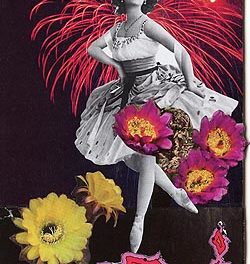