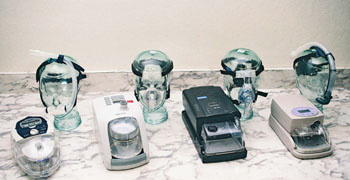 Anyone who regularly has trouble getting a good night’s sleep—whether due to snoring or a lumpy pillow—should head to SomniHealth, a sleep wellness center opened in Alameda a year ago. “We peel back the onion for sleep problems,” says Daniel Levy, SomniHealth’s founder and president. “Insomnia is a rampant problem among Americans. We take a non-pharmeceutical approach.”

One of the most common causes of a poor night’s sleep is sleep apnea, a sleep-related breathing disorder that causes hundreds of pauses in breathing during sleep. More than 18 million Americans suffer from sleep apnea, according to the National Sleep Foundation.

Levy, who also suffers from sleep apnea, became interested in helping people with sleep disorders while tackling his own sleep issues six years ago. SomniHealth offers screening tests and treatments for sleep apnea, including several different continuous positive airway pressure devices, called CPAPs. This device includes an air pump and mask that fits over the nose or mouth, and gently blows air into the airway.

Sometimes help for the sleep-deprived is as simple as a new pillow. SomniHealth has just begun selling the Oxygen Pillow, which increases air flow by optimizing body position of the head, neck, and shoulders. “Snoring is not a laughing matter,” Levy says. “It’s a possible indication of a more serious problem that should not be ignored.”

Something old, something new

Barbara Mooney has always had a thing for The Great Gatsby, so much so that she named her Alameda coffee shop Jay’s (sold last year), after Jay Gatsby, and her new home goods store on Park Street, Daisy’s, after Daisy Buchanan. Like Daisy’s soft, feminine character—think Mia Farrow in the 1974 film—Mooney’s new store is all sweetness and elegance.

Daisy’s opened in its new location in February in a 100-year-old building that once housed the original dairy in Alameda. Instead of fresh milk, the brick interior with 20-foot ceilings now sells a little bit of something for every room in the house. The store is made to look like a home, with a kitchen, living room, bedroom, baby’s room, and a den. Daisy’s offers a wide selection of items for the home, most of which come from independently owned companies, including furniture (from Lee), bedding (Pine Cone Hill),·blank invitations and announcements (Jonathan Wright) which Mooney can print on site, bath and personal care items (Elizabeth W.), cleaning products, serving dishes and platters (Potluck Studios), gourmet foods, and pajamas and robes. Mooney stocks only items that fit the graceful style of Alameda’s many historic homes.

“ It’s not just copies of this and that,” Mooney says. “It’s very modern but with an old feel—things that would look relevant in an old house.”

To market, to market

The excellent selection of low-priced organic produce, meat, and dairy available at family-owned Farmer Joe’s Marketplace in Oakland just got a lot bigger. A fixture in the Laurel District for the past 12 years, the original Farmer Joe’s on MacArthur Boulevard has a steadfast group of customers who flock to the small store for the sushi, grass-fed beef, bulk items, natural foods, and neighborhood feel. But owners Joe and Diana Tam were anxious to offer their customers more than the 6,000-square-foot Laurel space would fit. So they moved into the former Albertson’s building on Fruitvale Avenue and opened a new store there in June, nearly three times the original store’s size.

“We love this community,” says Diana Tam. “We want to make this store a really nice place to shop and hang out.” The new Farmer Joe’s Marketplace still sells its customary foods but also includes a bakery, sandwich counter, sushi bar, flower stand, coffee and smoothie bar, and Joe’s Grill, which offers low-fat buffalo burgers and grilled portobello mushrooms. The new store also has a full liquor license. The store is named for owner Joe Tam, who spent summers as a youth working on flower and lettuce farms in Milpitas.

A sip in time

If you don’t know vintage from varietal, shopping for wine can be intimidating. Next time you need to figure out what to pair with lamb, salmon, or lasagna, start asking questions at the unpretentious Solano Cellars. The folks who took over the 28-year-old business a year ago are determined to make the whole experience of purchasing and tasting wine relaxed, fun, and affordable. The trio of Michael Werther, Peter Eastlake, and Maya Elmer—who also own the wine shop Vintage Berkeley—are passionate about wine. Of the 300 small-production California and European wines sold at Solano Cellars, 100 are priced under $25 and many under $15.

“The neighborhood people want a $12 wine they can have on a Wednesday night,” Elmer says. Solano Cellars also offers customers a variety of educational wine tastings: two free Saturday wine tastings a month; a tasting bar of eight to twelve bottles; a monthly wine class; and a wine club. Every six weeks there is also a supper club with a prix fixe menu. The new owners have replaced the bistro menu of the original Solano Cellars with a selection of artisanal foods that pair well with wine. These include a weekly selection of cheeses including Cowgirl Creamery cheeses, and an assortment of The Fatted Calf’s charcuterie. 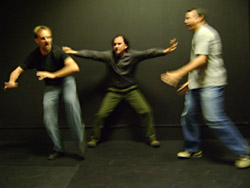 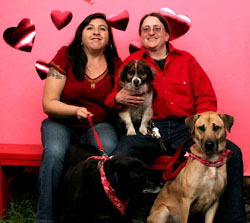 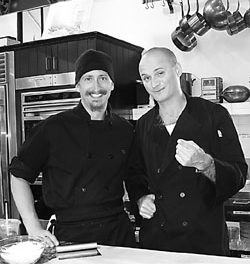