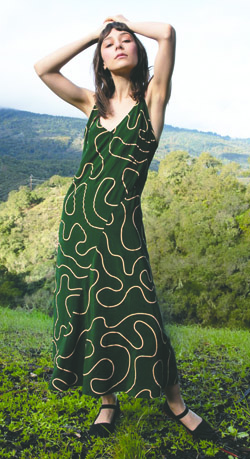 Like many creatives, Ali Golden, the designer behind her eponymous Ali Golden clothing line, arrived gradually to her current path. The designer, who originally worked as a graphic designer, decided she wanted to work more with her hands. “I learned how to sew, and pattern make and practiced hard for a few years and taught sewing classes,” she said.

Golden’s clothing line began as a small operation in 2010; she designed and sewed pieces by hand and sold out outside her apartment in San Francisco’s Mission district. Over time, she established a brick-and-mortar space in Oakland’s Temescal Alley, where she constructed her wares in house (you may be familiar with her popular reversible bags), and eventually moved to a larger space within the alley, which has been her home since 2011.

When roaming Temescal Alley, it’s hard to avoid being drawn in to Golden’s bright shop and its upscale but not intimidating California vibes. In addition to her own line, Golden offers clothing, shoes, and accessories from a range of indie designers, like Ilana Kohn, Paloma Wool, and Caron Callahan.

“The alley storefront was actually kind of a happy accident. I moved from [San Francisco] to Oakland in 2011 and was looking for a place to design the first collection, and I kept hearing about this place where people I really clicked with were setting up shop,” Golden said, adding she “thought the energy was good and decided to set my sewing studio up. The retail part happened because the alley kept getting busier and busier as more stuff opened and people would just come in and ask if my samples were for sale. After a few years, the stars aligned, and I had the opportunity to move across the alley into my current space — and the chance to build out a bigger space.”

In addition to operating her stores (Golden established a second storefront in Los Angeles in 2015), and running an e-commerce site, Golden produces two seasonal collections per year (Autumn/Winter and Spring/Summer).

Golden is also among the bourgeoning class of designers who are putting ethics and the environment at the forefront of their work.

“Something I care about a lot is maintaining a high standard when it comes to ethics and sustainability in how we produce the line,” Golden said. “Fast fashion and the way clothes are made by huge brands means I have to pick my battles when it comes to standing up for what’s important, and it’s a really, really tough reality that keeps getting more and more difficult. I decided that if I have to make my line overseas, I would only produce in countries that make the raw material we are using and would only work with factories I would be proud to say I partnered with. We now produce primarily with a woman-owned co-op in Peru, and a fair-trade certified factory in India. If we can’t source fabric in India or Peru, we import to the U.S., produce here, and take the hit on margins.”

While small business owners will readily admit the varied troubles that come with their work, Golden tends to focus on the positive. “The people, the community, and the relationships are the fun part,” she said. “It’s also important to try and be a good steward of the character of [the alley] and not just lose what makes it special.” Ali Golden, Temescal Alley, Oakland, Mon.-Sun., 11 a.m.-6 p.m., www.AliGolden.com.

Making a move to a brick-and-mortar space is a great achievement for a designer, and now Shayla Dopp, designer and proprietress of Dopp Shoes, can claim that success. In September, Dopp opened a storefront on Temescal Alley.

“There’s nothing quite like connecting with your customer face to face,” Dopp said. “Creating a physical space my customers can interact with is crucial to the tactile quality of my brand.” Dopp, who produces a line of handmade sandals, pumps, and boots, has fond memories of Temescal alley.

“Temescal Alley was a place I’d come to in high school when nothing was here but a very unique bookshop that at one point had one of Timothy Leary’s dream machines in it,” the designer said. “I thought it was the coolest space in town.” When the opportunity came, she jumped at the chance to get into a brick-and-mortar environment.

Dopp’s shop is on the “harbor” side of the alley, a bit off the main drag near Esqueleto.

“Now that there’s shoes, you can basically get any number of looks completely here and then get a crystal, a glass of wine, haircut, all the jewelry your heart desires, an ice cream then get your portrait taken of course with your new plant,” she said. “The two alleys really feel like a little sweet village of concentrated goodness. I’m very grateful to be a part.”

Even though the store is in its infancy, Dopp has many plans for her new space.

“Dopp will house circulating brands and goods from my travels,” she said. “I’ll carry everything from gorgeous rattan chairs by Wend to silk organza robes from Lily Forbes and currently goods from Mexico City, little glass animal and plant cocktail stirrers, and seed bead fruit earrings. I’m keeping it fun and colorful in here.”

Steve Stevenson, show-runner of the 1-2-3-4 Go! record label and owner of two Bay Area stores bearing the same name, opened his first space on 40th Street in Oakland with $4,000 and his own record collection.

Prior to that, Stevenson said he had always had the idea of running his own record store but ran some numbers and concluded it was impossible. But opportunity called when friends — the owners of Manifesto Bicycles — clued Stevenson into a small space that was available next door.

“People were instantly really supportive, and we made it through a couple of really tough years,” Stevenson said. “Within a year of opening, we moved to a space two doors down that was much larger, and a couple years after we moved across the street to our current space, thanks to architect and building owner Mark Becker who helped us convert the space to our needs and establish the all-ages space.”

Older generations, and perhaps even some of those born in the early aughts, may recall the thrill of hanging around your local record shop and discovering new music. 1-2-3-4 Go! is keeping that tradition alive, with the aforementioned all-ages shows and an expansion to a second storefront in San Francisco in 2015.

“It also isn’t lost on me how important it is to have outlets like this in any community,” Stevenson said. “Especially ones that can provide safe all-ages spaces to see music in an area that more and more pushes concerts into bar spaces where those under 21 can’t attend.”

Stevenson joked “Mark [Becker] often calls me the “mayor of 40th” because I was technically the first to open here, but really if it wasn’t for him, 40th wouldn’t be what it is today.”

The area has certainly grown since Stevenson set up his shop.

“40th is a really interesting and hard-to-quantify neighborhood. Things have changed pretty rapidly,” he said. “When we started, we were the first new retail business on that stretch in decades. The space we initially occupied hadn’t been used for anything in at least 10 years.” Restaurants and cafes like Homeroom, Subrosa Coffee, and Tacos Oscar bring in more foot traffic and elevate the neighborhood’s vibe. 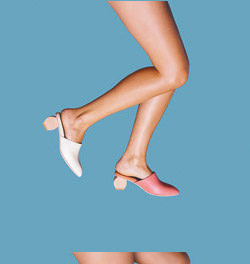 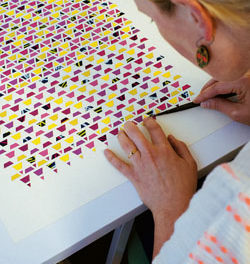 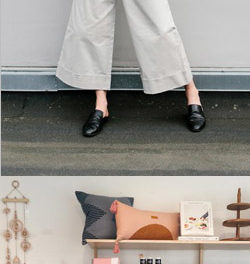 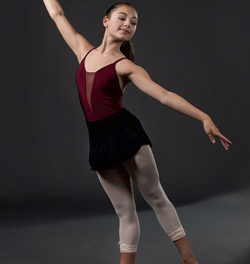