No Bones About It 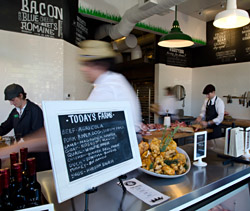 An old-world butcher shop carves out a niche in a New Age neighborhood.

My eldest daughter is a confirmed vegetarian, prefers soy creamer to milk, enjoys a tofu scramble with brunch, and never regrets skipping the turkey at Thanksgiving. But back when she was a toddler and learning complete sentences, her favorite word was “meat.” “I like meat,” she’d say in her little carnivorous voice, and would happily gnaw on a drumstick until it was clean. She grew into a passionate, mindful eater, never consciously consuming animal products. But I wonder if that little flesh-eater still lurks under her skin.

That hungry creature within needs to be sated. But in a post-Pollan world, where factory farms and tortured animals lie heavily on the conscience, how can we feed the carnivore without harming the planet? Is it possible to ethically enjoy a steak?

Butcher Aaron Rocchino and his wife, Monica Rocchino, who recently opened the Local Butcher Shop in Berkeley’s Gourmet Ghetto on upper Shattuck, say yes. They believe their bite-size business—with its very contemporary ethos—can bridge the gap for reluctant meat-eaters, curious vegetarians, and anyone else who wants sustainably sourced meat.

Still, it may seem surprising that in the heart of foodie Berkeley, surrounded by vegans and health-food nuts, a shop devoted to eating formerly living creatures should dare to open its doors. No matter how you slice it, meat butchering pretty much seems to conflict with the stereotypical Berkeley belief system, doesn’t it? 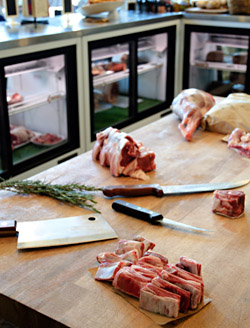 The kindest cut: Featuring locally raised meat, Berkeley’s Local Butcher Shop is designed so customers can see every stage of the butchering process.

Well, no, say the Rocchinos. “It’s hard to look at a cute little animal and know you’re going to eat it,” says Monica, a dark-haired, earnest 33-year-old. But, she says, “Our philosophy is like Michael Pollan’s—all in moderation. . . . We’re scrupulous with our sourcing. We’ve been to the farm. When we say ‘pastured meat,’ we mean in the iconic sense of grassy hills and happy animals.”

Monica, who grew up in the Bay Area, has a restaurant and catering background. Aaron, slim and hip-looking at 30, has cooked at Chez Panisse and Oliveto, with extensive experience at five-star restaurants in New York and Philadelphia. Married four years ago, the couple met while working at Oliveto. Each found the culinary lifestyle delicious—and the restaurant hours brutal.

“We never saw each other and we wanted to fix that,” says Aaron.

“We looked at what we needed in our own lives,” Monica says. They wanted to keep regular retail hours, which ruled out opening their own restaurant.

Also, says Monica, “We wanted to eat high-quality, sustainably grown, locally grown meat in our house.”Aaron, in particular, had a passion for meat and had picked up the “head to tail” philosophy at Oliveto and Chez Panisse, which means using the entire animal in all its glory, letting nothing go to waste. The couple had developed connections with local farmers through the restaurants where they worked.

Analyzing the variables, they concluded that a small butcher shop—traditional in the sense of sincere attention to customers, modern in terms of educating the public about sustainable meats and how to cook them—was their best shot at living a food-centered lifestyle without too much frenzy.

In the refrigerated case on a weekday afternoon, you might find merguez and harissa sausages, bratwurst, house-smoked bacon and ham, country pâté, head cheese and mortadella; stocks, broths, gravies, and consommé of various origins; goat, lamb, rabbit, duck, turkey, chicken, beef, pork, and house-rendered lard, schmaltz, and fats. At the bottom of the side case is a bin devoted to house-made fresh dog food made of ground beef, beef heart, livers, celery, carrots, and melon.

You want bones for stock? Got ’em. Organ meats? “Ask us about offal,” reads a small sign on the counter. But you won’t find seafood or game, or horsemeat (the slaughter and sale have been illegal in California since 1998). A handful of meat-related products are on hand, all grown or produced locally (from within 150 miles)—mesquite charcoal, olive and grapeseed oils, pastas and beans, and fair trade spices.

Around the other side of the counter is a large window that looks onto the meat locker, a source of particular interest to children visiting the shop. Sides of beef, slabs of pork with intact tails hang in various states of decapitation and dismemberment. A tub of trimmed bits awaits reincarnation as sausage. Want a certain cut of meat not in the case? Ask the staff. Your butcher dives into the walk-in and returns carrying a lamb’s naked carcass as tenderly as an artist with a hunk of precious marble. He flips on the Butcher Boy saw and deftly steers the carcass under the blade, carving perfect short ribs for a grilled appetizer. With a flexible and very sharp knife, he trims extra fat from the riblets, saving the trim for myriad uses, weighs and wraps the parcel in red tissue and white paper, the better to show off the bright red freshness of the cut.

“We make everything transparent because we have nothing to hide,” says Monica. “We want people to trust us and trust our product. There’s no marketing gimmick or vagaries—it is what it is.”

The shop is gleaming white, with daily specials and different meat cuts painted in clean white lettering on a blackboard display. A bright fringe of painted green grass reminds shoppers of the fields and barnyards where these creatures once grazed. On the counter, a vase of flowers, arranged by Monica, echoes the clean, fresh feel of the shop.

Behind the counter, cheerful butchers in black trousers, white shirts, ties, newsboy caps or fedoras, and pinstriped aprons eagerly await. An order for an unusual cut of meat lights up their eyes, and soon you find yourself engaged in conversation across the counter about raising lambs in hilly pastures and the taste of a Sunday roast. House-made sandwich of the day? Check. Tallow-fried potato chips? (Delicious!) Check. Sincere thanks from the butcher and everyone else, and you leave feeling warm and cozy and—almost spiritually fed.

“As more and more people are reading The Omnivore’s Dilemma,” says Monica (the bestselling book’s author lives in the neighborhood), people are asking for meat that leaves a lighter footprint on the planet. “We support vegetarians,” she says. “A lot of customers come in who are vegetarians who want to try meat again, or have a family member who’s a vegetarian, knowing our shop is the right [place to get] clean, pure, unadulterated meat. Our animals are 100 percent pastured, not confined.”

Aaron clarifies that “none of our animals are certified organic”—and in this case, that’s a good thing. The farmers who supply the Local Butcher Shop are small producers who can’t afford the costly and complicated process of certification. “But all of our animals are beyond the organic standard,” Monica says.

The animals are also not cheap—at $7 a pound for hamburger, and $6 a pound for chicken, the venue is a pricier place to pick up dinner fixings than Andronico’s across the street, or Safeway just down the road. “What makes meat inexpensive at grocery stores is quantity and shortcuts,” says Aaron. “It’s not cheap to raise a good, clean animal.” But, he says, referring to a traditional European model for eating well, “you don’t have to eat meat at every meal, a full plate. A chicken can feed four. You can use it over two days, make stock with the bones. Be thoughtful. You can feel better about it, too.”

In the neighborhood at Shattuck and Cedar live a variety of people: starving students, international students, professors, immigrants, children, and the elderly. “I didn’t think that the offal would be received well,” says Monica. “But we have all these people coming in asking for these items from the old country, that their grandmother used to cook.”

The shop even carries natural casings, which thrills homemade sausage-makers. Neighborliness in progress: intead of placing an order on the Internet, Aaron says, “You can come in and ask us” about recipes, spices, and techniques.

In fact, counter conversation is vital to the store’s mission. “We don’t put a whole ton of meat on display,” says Aaron. “We buy only whole animals. We want the communication between our customers and butchers so we can custom-cut. How are they going to cook it? All of our butchers have a culinary background—so they’re knowledgeable about how to cook something.”

And here’s where the no-waste practice kicks in. “Whatever we don’t sell as prime cuts we use to make products,” such as the artisanal sandwich of the day, says Aaron. “Our waste is very minimal.” Toward this end, staff uses the on-site kitchen constantly; it’s a kind of playground for eco-conscious creativity.

“Aren’t you going to miss cooking?” was a question Aaron says he heard over and over when he left the restaurant business. So far, the answer is no: the opportunity to try new foods and products seems almost limitless. On a recent morning, Aaron and Monica discussed trying to make soap from their leftover tallow. House-made soap may be on the shelf soon, if they succeed.

Now there’s a product that might interest my vegetarian daughter. Just as long as she doesn’t have to eat it.

——————————————
Julia Park Tracey raised market lambs as a 4-H youth, and prefers her meat medium-rare. She lives in Alameda. Follow her at Twitter/JuliaParkTracey. 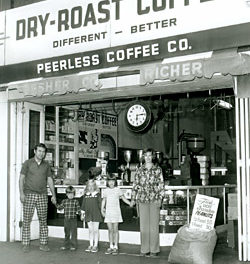 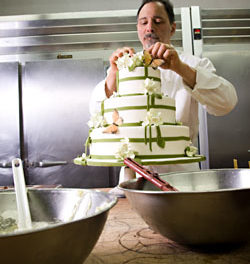 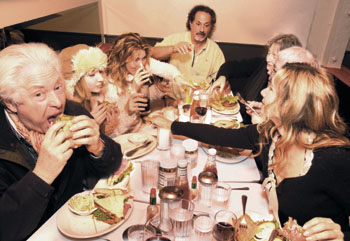 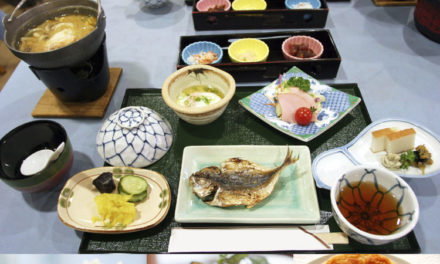 Beyond Bacon and Eggs