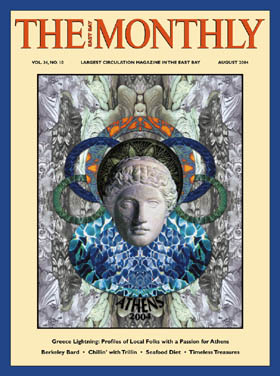 Olympic Athena (collage). Lee Brooks created this collage for a Greek friend’s spa in Mykonos. Athena, the patron of Athens, is crowned by the Olympic rings and surrounded by turquoise waters of the Mediterranean. Brooks loves collage, but specializes in wearable art. Brooks’s partnership with artist Alex Mate, as Alex & Lee, crafted necklaces, belts, and bags for a New York fashion show in 1970, and was included in a Salvador Dali exhibit in Spain. Alex & Lee won the Coty award in 1980 and the inaugural Council of Fashion Designers of America award for accessories in 1981. Their stunning, exotic jewelry has been collected by Dali, Elton John, Cher, Raquel Welch, Gloria Vanderbilt, and featured in Vogue, the New York Times, and Harper’s Bazaar. Sadly, Alex died in 1992. In 1995, Lee and fiber artist Greg Franke joined forces continuing the inspired creative tradition of Alex & Lee. To contact Lee Brooks, call (510) 658-0225, or to see his work, visit www.alexandlee.com. 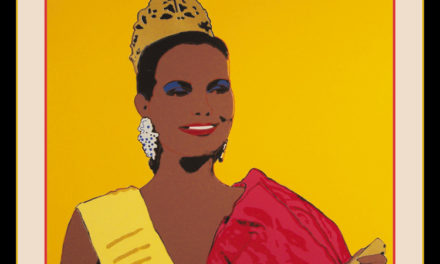 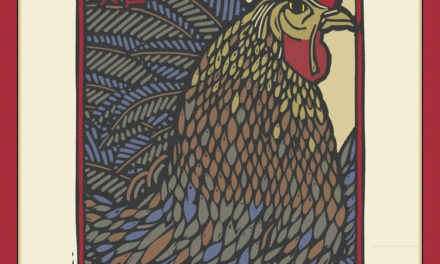 Year of the Rooster 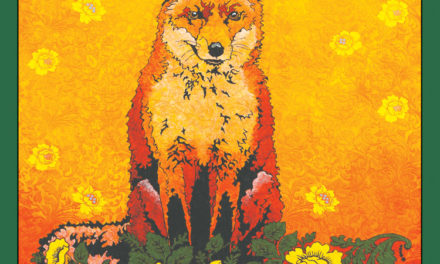 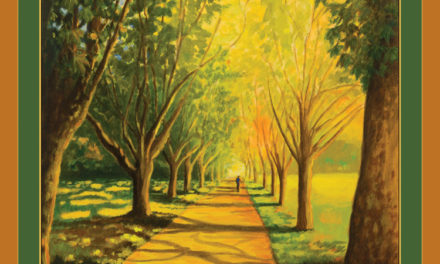 The Plane Tree Allée at Sunset