Posted by Mike Rosen-Molina and Margaretta K. Mitchell | My Generation | 0 | 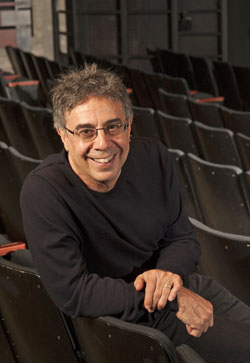 The Berkeley Rep’s Tony Taccone surrounds himself with talent and continues to push the envelope for inspired theater.

Tony Taccone, artistic director of the Berkeley Repertory Theatre, still likes to think of himself as a product of the ’60s.

“It was a wild time, a tumultuous, fervent time,” Taccone said. “That’s when I felt like my consciousness went 180 degrees and did a complete flip-flop.”

Over the past two decades plus, Taccone, 63, has been largely responsible for turning the Berkeley Repertory Theatre into a powerhouse of regional theater, a place where audiences can experience new and unexpected productions that break the mold. A serious craftsman with a reputation for finding and fostering new talent, Taccone first formed his theatrical sensibilities during his upbringing in the 1960s, where he experienced firsthand the colorful countercultures of New York and Boston. Even today, with more than 40 years of experience in managing and directing theater, Taccone still holds fast to the theatrical ideas of his youth and the belief that theater can be used to change hearts and minds.

“Tony is truly a child of the ’60s in every possible way,” Susan Medak, Berkeley Rep managing director, said. She and Taccone have steered the Berkeley Rep for more than 20 years.

“He sees himself as an agitator, someone who’s always pushing against the status quo. At the same time, like so many Boomers, he’s become a little more pragmatic with age and a little savvier about how to affect change. He’s mellowed, but he’s never lost that fire.”

Critical to his success, Taccone is not afraid to surround himself with the best and brightest people in the business. He is sometimes described as a “theatrical midwife” for his track record in discovering young actors and playwrights who go on to great successes. He directed playwright/actress Sarah Jones’ first solo show, Surface Transit, and first commissioned Tony Kushner to write Angels in America, the show that went on to become a national sensation in the ’90s.

“I’m attracted to work with people like Tony Kushner because of their astonishing and transcendent use of language,” Taccone said. “These are people who’re literally reinventing language. I saw Sarah Jones at some little theater, and I thought she’s like a photographic ear. She just has a hyper-realistic sensibility to capture what people sound like, an amazing ability to write frailty and foibles.”

“It’s not rocket science,” Taccone said of his eye for talent. “I look for people who have a different skills set than me. My father always said as you lead, surround yourself with young people. They see the world differently than you do; they have their own vocabulary. Always have an ear to the ground and look for people who don’t see the world the same way that you do.”

Taccone credits his early interest in the arts to his parents, who believed strongly that art was the highest aspiration of mankind. His parents, painters who ran a commercial art studio in New York, showered him with books on Michelangelo and great painters when he was 4 and encouraged him to pursue his own artistic sensibilities.

At first, Taccone’s interests didn’t necessarily draw him toward theater; he was more interested in poetry. As a child, Taccone suffered from a speech impediment and as a youth turned to performing his poetry in local coffee shops to help overcome it.

“Poetry—and eventually acting—was a crucial part of overcoming my stutter,” Taccone said. “When you act, it’s as if you’re someone else. You seek places where you can relieve yourself of your own identity. Developing an imaginative life was critical, a way to develop some fluency. I would fall asleep dreaming about language and fluency and imagining myself in a different setting where I could speak.”

In the summer of 1969, only a year out of high school, Taccone attended Woodstock, the seminal outdoor rock festival. It was a life-changing experience for the young man.

“I went in as one kid; came out as another,” he said. “I was planning to go to business school, but that summer completely changed things. Hanging out with old guys smoking good hash and turning on to music, and participating in an active way, made me look for something else.”

Instead of business, Taccone went on to major in English at Boston College, which, at the time, was exploding with counter-culture strikes and anti-war protests. The world was going topsy-turvy. It was the time of the notorious Democratic National Convention in Chicago and the assassinations of Martin Luther King Jr. and Robert Kennedy.

It was a time when anything went—in art as well as in politics—and Taccone got a taste for experimenting with ambitious art projects like writing and performing an epic musical-poem set called “The American Dream.” He also staged a hippie reinvention of the mass at Boston’s Old North Church.

It was during this time that Taccone began to develop the philosophy that was to guide his later directing career. True to his ’60s roots, Taccone believes in the ability of theater to energize and motivate. Though unafraid to tackle tragedy and dark subject matter, his aesthetic for the theater is at heart one of optimism for the future.

“Fundamentally, the world is much darker now than when I was growing up,” Taccone said. “There was an amount of anger, but the world wasn’t, in my view, quite as precarious in terms of global war. People live and work with more darkness today, so our work has changed fundamentally. We’re more committed to hope. The spectrum should include that.”

His work at the Berkeley Rep might be less overtly political now, but social issues still inform Berkeley Rep’s repertoire in a big way. This season, the playbill includes everything from the history of the Black Panthers to the disturbing legacy of head concussions among NFL football players to the life of firebrand political columnist Molly Ivins.

In directing, Taccone’s obsession with language and admiration for people who can wield it well shine through. He prefers plays with language that challenges the audience. Taccone is committed to testing out new and unknown material on the theater’s stage—sometimes a hard sell for an audience accustomed to seeing old classics.

“The audience might be familiar with one or two titles out of the seven we do in a season,” Taccone said. “It’s never easy selling new work to an audience that hasn’t heard of a play before, but we’ve done enough good work that people trust us and believe we’re able to pull it off. People will not love everything, but they will recognize that it’s well done.”

After college, Taccone accompanied his future wife to Colorado, where, he said, he started hanging around with actors at bars because they seemed fun. He eventually enrolled in a University of Colorado master’s program in drama, followed by a short-lived career in comedy. (“I weighed 97 pounds soaking wet,” Taccone said, “so it was easy to get a laugh out of my skinny frame. I was just screwing around in terms of experimenting.”)

Actress Robynn Rodriguez first worked with Taccone at the Oregon Shakespeare Festival in Ashland in 1977. Since then, Rodriguez has worked with Taccone on five different productions, including a starring role in the Berkeley Rep’s world-premiere production of Ghost Light, written by Taccone, about the assassination of San Francisco Mayor George Moscone.

“He’s got the best sense of humor of anyone I’ve met but deadly serious about what he’s doing,” Rodriguez said. “He’s an authentic person. He leads in a way that’s honest, and he won’t let you go out to embarrass yourself. Every time that I get a chance to work with him, I know it will be an incredible adventure. He’s a director who inspires you to believe.”

“Tony likes to work with people that he trusts; [he is] likely to hire directors that he respects enormously,” Berkeley Rep’s Medak said. “A lot of artistic directors don’t like to hire people that they think are better than they are. Tony is so generous; he wants the best. There are partners who undermine you, who are always vying for your position, partners who are not good partners. Tony’s not like that; he’s a very genuine person. Tony made it very clear that he was prepared to work collegially and cooperatively.”

Medak recalled one incident when Taccone first came on board at the Berkeley Rep as artistic director. One of his older friends wanted to work on a project with the theater. Taccone liked her idea, but told her that she would also have to meet with Medak for approval. But when she met with Medak, she started to become agitated. “I don’t know why I’m here; I already talked to Tony!” she said.

Afterward, Medak approached Taccone to apologize. “I don’t know what I did to upset your friend,” Medak said.

“It was such a powerful statement of trust that really set the tone for the working relationship,” said Medak.

When he is not working, Taccone is a big baseball fan (as a native New Yorker, he grew up rooting for the Yankees), but his greatest joy is following his children’s careers. Just as his parents encouraged his own artistic growth, Taccone is passing the same to the next generation. Today, his son Jorma is a filmmaker, and his son Asa is a musician. His stepson Conor, however, is more analytical-minded; he enjoys math. “I have no idea how to support him,” joked Taccone. “I’m a guy who forgets how to balance a checkbook.”

Whether it’s his own kids or the artists he works with, Taccone believes in the importance of encouraging young people to forge their own way and to find their own space.

“I’m most proud of encouraging young people,” Taccone said. “I like creating a safe place for different artists who work in wildly different ways. They feel they have a place where they can try what they’re worth and that people are rooting for them to succeed.”

————
Mike Rosen-Molina is an East Bay writer and frequent contributor to The Monthly. His work also has appeared in the San Francisco Chronicle, the Sacramento News & Review, and California Lawyer.

————
Margaretta K. Mitchell is a nationally known artist and professional photographer, author, and educator based in the East Bay. www.MargarettaMitchell.com 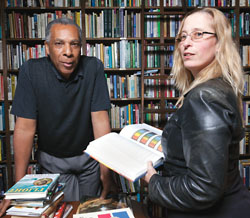 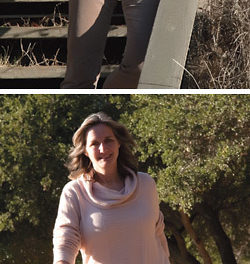 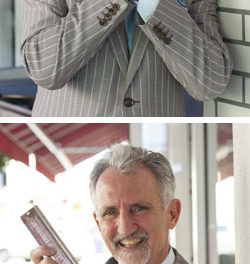 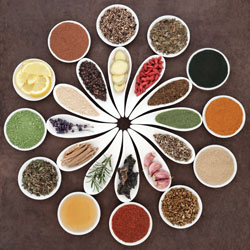 Is Your Doctor Making You Sick?