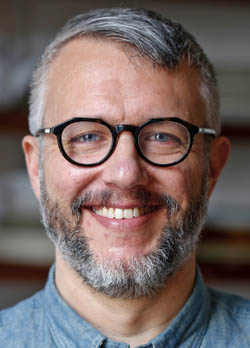 The San Francisco food reporter, onetime East Bay restaurant critic, and author talks about how the hippie counterculture changed what we eat.

Mention hippies to most people today and it’s like bringing up an extinct species. But before dismissing long-lost hippie inspired trends like extreme bell bottoms, tie-dyed everything, extra long hair, and infrequent bathing rituals, consider the enduring impact hippies have had on one of the most important aspects of everyone’s life: what we eat. One guy who definitely grew up on brown rice and lentils and lived to tell about it is Chronicle food writer (and former East Bay Express restaurant critic) Jonathan Kauffman. His Indiana Mennonite parents weren’t hippies, but they ate like them and so did Kauffman. Fascinated by the impact the hippie food movement has had on today’s diet—from the proliferation of organic foods to the treatment of livestock and beyond—Kauffman penned the well-received tome Hippie Food: How Back-to-the-Landers, Longhairs, and Revolutionaries Changed the Way We Eat. While I wouldn’t call myself a “foodie,” I definitely eat plenty of food and am always curious about its origins. With this, and other things in mind, I rang Kaufmann to pick his brain.

Paul Kilduff: Calling somebody a hippie in today’s world—is that a slur?

Jonathan Kauffman: It’s more of a Generation X term to refer to this food that we grew up with than it is a term that baby boomers might have used. What I quickly discovered when I started researching was that the word hippie for a lot of baby boomers is still very charged. I had a few people who sort of read me the riot act for even using it. “We didn’t know any hippies! They were the long-haired dropouts! Everybody I knew in the food world was industrious and very purposeful.” So, yeah, that word still means dirty to people in the baby boomer generation. But for me, it’s the best way of describing, really pinpointing, this food that came up in the 1970s that really was associated with the counterculture that I grew up eating.

JK: I think it’s important in two ways. One is that the counterculture food movement of the ’70s in general was very ethically driven, and so I think it really convinced a lot of people to make ethical and political choices about every aspect of their diet. It applied to more than vegetarians, and that really felt like a shift that came about in the 1960s and ’70s. People really weren’t talking about food in those terms before that. But in ethical terms, vegetarians and vegetarian food was a huge part of that movement. Partly because of interest in spiritual discipline practices, like the teachings of Zen Buddhism but also because of Frances Moore Lappe’s Diet For a Small Planet, which came out in 1971 and really convinced people that A), their food choices had a much broader impact, but also B), that the ethical food choice for the planet, not just for the sense of not wanting to eat Flossie, was to go veg.

PK: I guess the ultimate expression of the hippie attitude toward meat is the Berkeley butcher shop that had to put up a sign that says killing animals is cruel. Is that a one-off Berkeley thing, or do you see that happening at butcher shops across America some day?

JK: I feel like that’s definitely the radical edge of the animal rights-slash-vegan movement. They certainly seem to be more concentrated in Berkeley. Some of the first protests in America against foie gras were happening in Berkeley about 15 years ago.

PK: Was it ever OK for hippies to eat meat? I seem to have some dim memories of hippie hamburger joints. One I recently learned of is, of all places, the Chili’s chain. When Chili’s opened its first outlet in Dallas in 1975, its people were referred to as “the hamburger hippies.” Perhaps definitive proof that there must’ve been a time when hippies embraced meat, right?

JK: Oh, yeah, part of that also depended on where you were. In the ’70s, Lucy Horton wrote a book called Country Commune Cooking, and she said there were no hard rules, but it seemed like the West Coast counterculture folks were more likely to be vegetarian than East Coast. And part of that was there was maybe a more spiritual bent in the West Coast. But on the East Coast, a lot of the communes, they were farmers, so meat was just always a part of it. My parents weren’t hippies, but we cooked with brown rice and lentils and yogurt and ate whole-wheat bread, and all that stuff was part of our diet. But they also ate meat.

PK: Why do bakeries, specifically co-op bakeries, lend themselves so well to this kind of thinking about food?

JK: Part of it is whole-wheat bread was a big focus. It was almost a totemic food for the counterculture that dates back even farther to the health food movement before that and even before that to Sylvester Graham, who we know from Graham crackers. He was a vegetarian and advocate and also all about whole-wheat bread. So making your own whole-wheat bread became like a rite of passage for a lot of cooks because it was the exact opposite of the plastic bread that you could find on the shelves. And so when folks were then looking to form little collective enterprises, baking bread for their community using all these natural ingredients, that idea took hold. If it was brown, if it was earthy, then it was real food. It wasn’t fake, processed stuff.

JK: No. I really don’t. I really, really loathe it. Any child who was raised with parents who were feeding them carob and telling them it was chocolate, the revulsion is visceral. I even wrote a piece about carob for The New Yorker when my book came out, and it went viral. I still have people come up and tell me about that. Our generation was inflicted. They inflicted carob upon us.

PK: What’s the next big food movement on the horizon?

JK: I don’t see the same kind of large, almost comprehensive food movement happening. But I am always interested in what people pooh-pooh as bad, and more so after researching this book where a lot of the health food movement and later the hippie food movement were always written off as fads, but then all of these interesting ingredients and ways of thinking about food and cooking came out of that period. So I am fascinated by gluten-free and paleo and now keto and how those movements or fads are introducing all these new products on the grocery store shelves and changing the way people think about cooking—stuff that is going to stick around much longer than the original diet.

Book on nightstand: (Berkeley writer) Diane Eshin Rizzetto, Waking Up to What You Do: A Zen Practice for Meeting Every Situation With Intelligence and Compassion 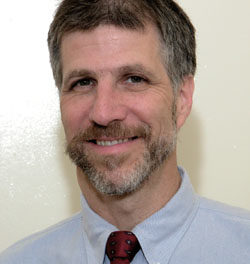 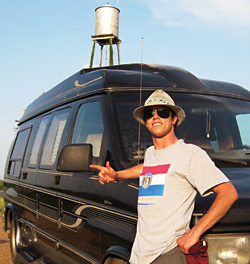 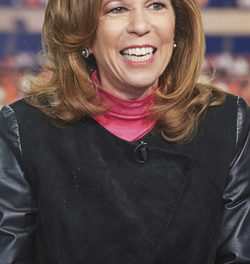 The Princess of Darkness 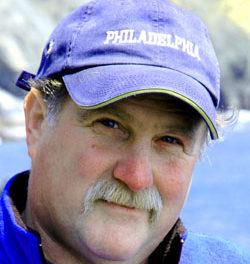