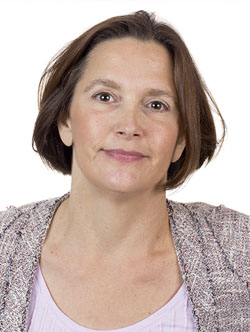 Berkeley hasn’t had a daily newspaper since the demise of the Berkeley Gazette back in the 1980s. If you really want to know what’s going on in B-town, there’s really only one choice: website Berkeleyside, which every day is all over the city. Last year, the site averaged 1 million page views a month. And it also picked up first-place awards from the San Francisco Press Club for overall excellence and breaking news coverage, among other accolades. Frances Dinkelspiel co-founded Berkeleyside in 2009 and is the executive editor. A longtime journalist, Dinkelspiel even finds time to write books, such as Tangled Vines, the story of a case of wine fraud in the North Bay. She is also a well-respected oenophile. Thirsting for the lowdown on Berkeleyside and wine fraud, I tracked down Dinkelspiel recently for an earful.

Paul Kilduff: It seems like Berkeleyside is competing with all-news radio. I mean, it’s 24/7, right?

Frances Dinkelspiel: In some ways I think you’re right. I think the news cycle today is 24/7, and it’s completely changed from when I first was a reporter. You not only communicate on the website, but you communicate on Facebook and Twitter. I mean, I could be in my house at 11 on a Saturday night, and we get a Twitter report of shots fired, and we jump on that. Our readers really rely on us for breaking news, so this is a 24/7 news operation. But I think that’s the future of news these days. It is tough. It is tiring. But I think that’s why people like us. That’s why people come to Berkeleyside.

PK: How much of it is advertiser-supported, and how much do you rely on people’s generosity.

FD: We are not a nonprofit, so we don’t take donations. We are a B corp, which means we are established for social good. We have a couple of different income streams. I would say advertising is our main source of income. We also have a robust membership program where about 1,100 people make contributions. Many of them pay $5 to $25 a month just for Berkeleyside. They understand the importance of having local news, and they want to support Berkeleyside by making this monthly contribution. It’s not a tax donation. But in exchange, we do events for them, and we have certain things that they have access to. We also have a festival that we’ve done for five years called “Uncharted: The Berkeley Festival of Ideas.” That’s curated by my partner, Lance Knobel. We bring people in from all over the country who just are interesting thinkers, and they talk about the issues that they’re passionate about. That has grown in success with each year. Then this other thing that we are doing is really unusual. It’s called a direct public offering, and we believe we’re the first media organization in the country to do this. We’re attempting to raise $800,000 of capital, and we have asked people to be investors in our site. We’ve been very successful. We’re very near our goal, and we’ve had more than 240 people become investors.

PK: They’ll get a dividend check?

FD: Yeah, and we have pledged that we may, and hopefully, will be paying 3 percent dividends on the investment.

PK: Can I use Bitcoin?

FD: We don’t have that yet. We were just talking about Bitcoin yesterday. Still not really understanding it.

PK: That makes two of us. Do you see yourself ever doing a paywall?

FD: We feel very strongly that we’re a free site, and we feel like people will see how good what we deliver is and want to pay for it, but through a variety of these things that I’ve just mentioned.

PK: I saw you on the TV show American Greed talking about Berkeley’s own wine Ponzi scheme involving John Fox, the former owner of the now shuttered upscale Premier Cru wine emporium. Of course, your book Tangled Vines is about another wine fraud case. Is a sequel in the works?

FD: No, I’m not gonna’ do a sequel about John Fox. I wrote extensively about John Fox for Berkeleyside, and I already wrote about wine fraud once. I don’t think I need to do it again. I freelance for The Daily Beast, and I’ve written about it there, so it’s not like I’m giving up the topic. I’m just not choosing to write another book about the subject. A lot of people saw that American Greed story. It was an amazing Ponzi scheme happening right here in Berkeley.

PK: Is it a sign that you have just way too much money if you’re investing in wine futures?

FD: I think a lot of people like to sort of dismiss and denigrate people who like wine as just rich snobs who have too much money and time on their hands. Certainly, there are people like that. But collectors collect for a reason. They’re fascinated by wine. They’re fascinated by who makes it and the taste. For them, bottles of wine are stories, and so a lot of them really, really get into it. There were very rich people who lost money with John Fox, but there were not-rich people who lost a lot of money from John Fox. I don’t think it was just a case of people who deserved it lost money. That was an issue I address in Tangled Vines. I do try to describe in Tangled Vines why people are so obsessed with wine. And it isn’t just our culture. If you think about it, wine was mentioned many times in the Bible. The first thing Noah did supposedly after the flood was to plant a vineyard. There’s something about wine that is remarkable, that people appreciate.

PK: It seems there’s not a lot of sympathy for the people who lost money in the Premier Cru scam.

FD: I think people tend to mischaracterize people who like wine as sort of rich wine snobs who deserve to lose. I don’t think that is an accurate description. I think the people who lost money from Premier Cru ranged from someone like Arthur Patterson, who founded Accel, who is very rich, to normal Joe’s who like wine and maybe lost $1,000. Don’t forget there were 9,000 creditors. But wine fraud is a growing business. With the rise of the internet and disposable income, tracking the provenance of a wine is not always easy, so there’s a lot of opportunity for scam.

PK: I hear Fox is headed to the federal prison in Lompoc. Do you know what the wine list is like there?

PK: Lompoc is considered one of the nicer joints—that’s where you want to go.

FD: Well, good for him. I’m glad he got a cushy place. I’m sure he doesn’t like being in prison at all.

Book on nightstand: Alt-America: The Rise of the Radical Right in the Age of Trump by David Neiwert

Motto: “There’s always someone younger, thinner, smarter, and richer, so it’s best to focus on your own goals and accomplishments.” 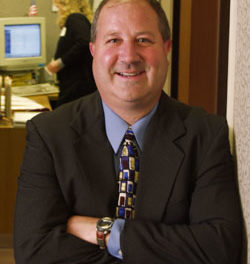 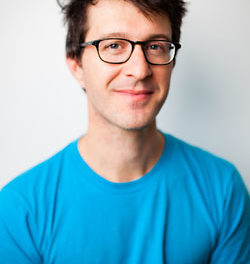 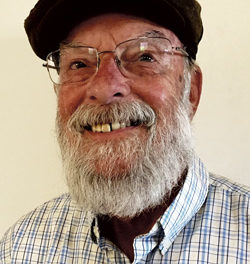 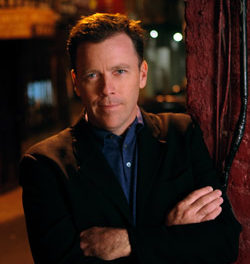 Homies for the Holidays