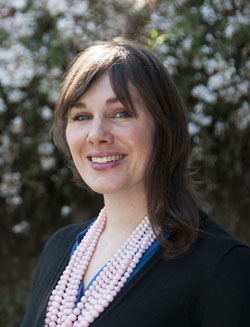 With the likelihood that California will be voting on whether to make recreational marijuana legal this November looming, the Oakland Museum of California has unveiled the first exhibition on marijuana in a major U.S. museum. Running through Sept. 25, “Altered State: Marijuana in California” explores weed from historical, social, scientific, legal, and political perspectives. And, it’s also really trippy, if you know what I mean. Actual pot plants are on display, and there is a “Cannabis Confessional” where visitors can share their deepest, darkest weed secrets. And if you start to get the munchies, a vending machine stocked with stoner staples like Funyuns awaits. Sarah Seiter, the museum’s associate curator of Natural Sciences, has managed to present all the hard facts about cannabis without spoiling all the fun—quite a feat. I caught up with her after a tour of the show recently, just before I started to come down—from the high of being at the exhibit, that is.

Paul Kilduff: Oakland is quite possibly the most pot-friendly city in America. Did that have anything to do with doing the exhibit here?

Sarah Seiter: I think what you’re getting at is Oakland has historically been kind of a really reform-minded city about marijuana. We passed measure Z in 2004, which makes marijuana the lowest priority for the police and also allows the city to lobby on marijuana issues. As a museum, I think we’re just really interested in being relevant in addressing the issues that are most important to our community.

PK: I grew up hearing that marijuana use leads to harder drugs—any evidence of that?

SS: I think the fears of it being a gateway drug have been pretty unfounded over the years. There’s not a lot of evidence that people who try marijuana are more likely to try other drugs. I think what happens is a lot of Americans have tried marijuana and some of them go on to use harder drugs, and, of course, people who go on to use harder drugs, many of them have tried marijuana. But there’s plenty of people who try marijuana and don’t really escalate drug use or include other substances.

PK: That’s reassuring for all of our readers I’m sure. What are the medical benefits of marijuana?

SS: This is an issue where there’s been a pretty strict research ban. Marijuana is a Schedule 1 drug, so it’s in the same category as heroin. That makes it very difficult to get medical research done on it. There’s so little research that I don’t think I can make a blanket statement about what medical marijuana should be used for medically. I would encourage people to really “nerd out” if you’re considering using marijuana to treat a condition, check with your doctor and proceed from there. Make the best judgments with the best information available.

PK: Say recreational marijuana ends up on the state ballot and passes. Are we going to have Bob Marley “Herbsman” pre-rolled joints at CVS? Or are they only going to be available from a dispensary where you’ve got to join a club? How’s it going to work? Do you have any idea?

SS: Again, I’m not the expert who can speculate on that. I know that the bill that has the most support, endorsed by Gavin Newsom, kind of outlines a model that’s similar to Colorado. That people would apply for dispensary permits. It would be something like owning a bar with additional restrictions. But really, in the exhibition we tried very hard to not make predictions about the future, because there is a lot of variability, and so we really tried to focus on the here and now rather than try to predict what might happen.

PK: Whether California passes recreational weed or not, it’s still going to be illegal from the fed’s standpoint. I saw this documentary on Netflix awhile back about this dispensary in Boulder. It used to be a just a medical marijuana dispensary and now they’re selling recreational pot as well. But they can’t take credit cards or have a bank account. Everything’s a cash transaction, because the banks don’t want to deal with them, so they end up walking around with duffle bags full of a different kind of green stuff. They might as well have targets on their backs. Are we going to have that here?

SS: Currently the marijuana industry in California is super “under banked,” so they don’t have access to financial services like other sectors. That’s a big issue, although there was a recent reform bill passed to allow them better access to banking, because it’s starting to be considered a public safety concern for people to be walking around with giant sums of cash. People are considering the trade-offs around that for sure. I know some credit unions that aren’t federally insured have been experimenting with taking deposits. There’s one in Washington and one in Colorado. We have a wheel of fortune in the “Profitable Pot” section of the exhibit where you can spin a wheel to see if you join the industry what might happen. You might make a bunch of money on a big harvest or you might get robbed after you get paid at your dispensary job. We want to show that there’s still a lot of variability in the industry at present.

PK: Did your research come to any conclusions as to whether weed makes you more creative?

SS: We first tried to address it with the scientific literature. My background is in science, and so I was like, ‘I’ll just review the literature on this, the psychology studies.’ There’s pretty mixed results. It may improve some types of creativity and not others. A lot of people on our team were like, ‘How can you even talk about measuring creativity? Creativity’s such an ephemeral, complicated, multifaceted thing; you can’t really just say this makes you more creative. Does more sleep make you creative? What does it even mean? How do you measure that? Is it solving puzzles in a lab? Is that really a good way of measuring creativity?’ What we ultimately settled on was almost a tongue-in-cheek approach. We have an experiment where you can draw on one side of the wall if you’re high and the other side of the wall if you’re not high. We have some paper there for people to draw on. And then creators quoted about why they use marijuana in their creative practice and why not.

PK: Yeah, some of those were good. Who was the painter?

PK: What did he say?

SS: He said drugs make you “too pleased with everything.”

PK: It seems like now marijuana has almost become mainstream. We even have Willie Nelson and Snoop Dogg getting together to record a song titled “Roll Me Up and Smoke Me When I die.” And it gets airplay. Have you heard that one?

PK: Could you see them performing that at an Oakland Museum gala in support of the weed exhibit?

SS: If Willie and Snoop want to work with us, we encourage them to give us a call.

Books on nightstand: The City & The City by China Mieville 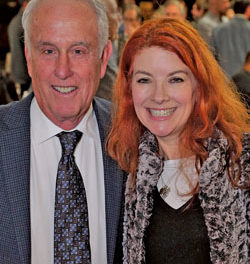 Ken Korach Describes What He Sees 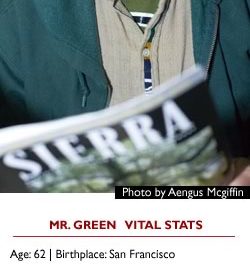 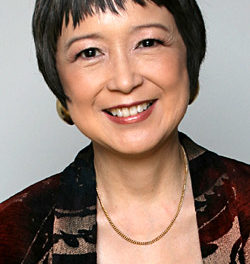 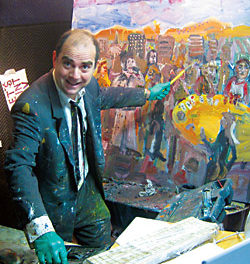