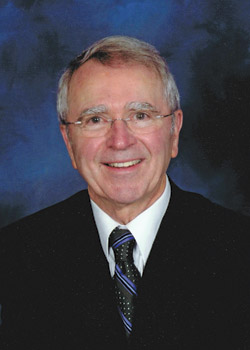 Dale Power talks on the state of the hamburger, franchising, and the fast-casual concept.

Throughout this burger-loving nation, you’re bound to find the regional burger chain. The East Bay is no exception. You’re never too far from a Nation’s offering up burgers and other sandwiches, breakfasts, and, of course, famous fresh baked pies. The origins of Nation’s date to 1952 when Russ Harvey traded his 1948 Buick for a six-stool hot dog stand in San Pablo. Soon he added burgers with tons o’ toppings like fresh lettuce, tomatoes, and onions, and the “giant” burger was born. In 1961 a Richmond High kid named Dale Power came around looking for work, and Harvey gave him a job cleaning up. Power kept on working for Harvey through high school and his undergrad days at Cal. By 1970, after getting a J.D. and an M.B.A. from Cal, Power decided to go into business with Harvey and open his own giant hamburger shop near Jack London Square. He only had one condition—that all the “giant” hamburger places Harvey had by then opened with other partners be called “Nation’s” Giant Hamburgers. The reason? Power and Harvey agreed that they made the best hamburgers in the nation. Now at 28 stores and growing, mostly in the East Bay, it’s hard to argue they don’t. Then again, as a son of the East Bay, I’m biased. I tracked down Power, now the longtime CEO (Harvey, 93, is retired), at Nation’s world headquarters in El Cerrito recently to talk about the current state of the American hamburger.

Paul Kilduff: If Nation’s are the best hamburgers in the nation, any chance you’ll go nationwide?

Dale Power: There’d be no reason that it couldn’t. Early on, we might have thought about growing further. I have not been that keen on wanting to franchise, and that’s what happens to speed up the growth of most companies. I’ve been more involved in enjoying what we’re doing. We like our life and we’re quite family oriented, so time with the family and the children and the balanced life. It worked out fine just to be a regional company.

PK: It’s almost like Nation’s is more of a diner than just a burger place.

DP: It is more, but the hamburgers drive the business. We do other things. People want a different hamburger experience. Russ Harvey probably started the fast-casual business, which is quality food you can get for good value. In-N-Out, you line up in the car; you want to get things quickly. McDonald’s, the same thing. Ours is different. Our hamburger is like a small steak.

PK: We’re living in the age of the gourmet hamburger. No restaurant opens today without offering a burger with shiitake mushrooms and caramelized onions on an artisan brioche bun that costs $15 and doesn’t come with fries. It seems like Nation’s has been doing such a better burger for a long time, but is it gourmet?

DP: Not if you’re talking about all the mushrooms and special sauces and ingredients. Our idea is that it’s really a healthy and tasty fresh-food meal, so you don’t have a lot of additives. If you put a lot of spices on your meat product, you do not taste the fresh meat.

PK: There’s something called a California Burger, meaning the burger comes with lettuce, tomato, onion. I’ve always assumed all burgers were served that way, but apparently it’s a California thing. Is Nation’s one of the originators?

DP: It is a way of making it a full meal. We’re a blue-collar company. The whole philosophy is there is no reason that people that are on more-limited budgets can’t have very good quality food.

PK: I don’t mean to be a downer here, but some recent studies suggest we should eat less beef. How do you deal with that, being in the hamburger business?

DP: So far, it hasn’t hurt us with regard to demand. Most people don’t eat tons of any one type of food. People vote with their orders, and they’re not moving away from it because I still think it’s a balanced meal. Sure, if you were to eat beef, which some people did, three times a day seven days a week, that’s not good. Or hot dogs or a variety of other foods. But a balanced meal and eating a proper amount of beef is not going to be unhealthy.

DP: I’ll hit a couple. When my wife went in with one of our children, the obstetrician said, “I got to tell you, as I’m sitting there ready to [deliver a baby] the husband’s there, and he said, ‘What can I do honey?’ She says, ‘All I’d like you to do is get one of those Nation’s hamburgers and bring it in to me.’ ” I think the most poignant thing we had was during the Vietnam War. A fellow went out of his way to go to our restaurant, and he said, “I had to be here. My buddy in Vietnam was dying in my arms and said I had to do something for him. When I’m heading on over, I had to get a Nation’s Giant Hamburger. That’s why I came. I see why. It was great.”

PK: Nation’s put up a billboard a few years ago at the Coliseum urging fans to “Raid A Nation’s” when hunger struck. You guys got sued for infringing on the “Raider Nation” trademark. What happened?

DP: Unfortunate thing, and I probably got it wrong, and maybe we should’ve cut it off quicker when we were notified and pressed by the NFL, even though we thought we had the right to have our sign up. Our advertising person that we work with and worked with for years came up with a great theme. As far as I know, the decision-maker with the Raiders was called. They said, “Hey, we love the ad. We think it’s great. It’ll be kind of fun.” They wanted to rush it through. We asked, “OK, have you got approval?” We only had the approval halfway.

PK: With one person at the Raiders?

DP: Yes, the decision-maker at the Raiders. Then, afterwards, as we got into it, the person says, “Oh, I never approved that. I never said anything.” We had no legal standing. We should’ve got a written sign-off rather than oral. I think what happened then is the Raiders probably were easier on it, but the NFL, which you don’t mess with, got involved. We got into a big messy situation, but that is resolved now.

Credo: Re-reading As the Crow Flies by Jeffrey Archer 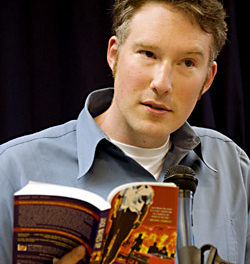 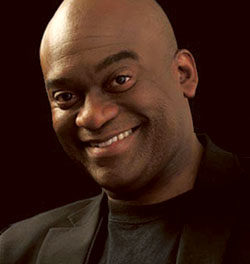 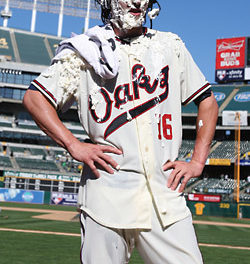 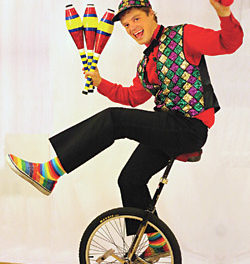 In the Juggler Vein