Life In a Dumpster 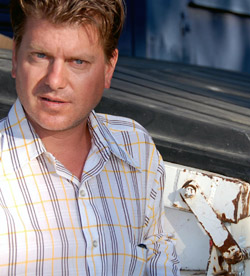 Unfulfilled by the pricey sculptures he was making for rich people, a few years ago West Oakland artist/builder Gregory Kloehn made a 180-degree turn and began documenting his homeless neighbors’ building techniques on his iPhone. The resulting book, Homeless Architecture, inspired him to cobble together a shelter of his own. And just like the homeless, he did it using found materials—much of it illegally dumped by contractors. He also put wheels on it. Then one day a local homeless person came by to see if he had a tarp she could borrow to make a shelter. Kloehn had a better idea: How about taking ownership of his tiny house? She took it, and since then Kloehn has given away more than 40 of his creations to the homeless in Oakland and San Francisco. He also continues to build homes and other structures out of shipping containers and dumpsters. What motivates Kloehn to help out the homeless? I caught up with the iconoclast while he was in New York living out of—what else?—the custom-made dumpster he had shipped there so he and his family would have a place to stay while in the Big Apple.

Paul Kilduff: Do you see your homeless houses as part of the whole tiny homes movement, or is it a separate thing?

Gregory Kloehn: Yeah. They are tiny and in that way related, and maybe a little bit pushing the envelope of how tiny can you go. What constitutes a home in which you need to live? These tiny homes where people get a flatbed trailer to construct a house on—usually it’s a classic design, but it has a little bed loft and then your kitchen and a little toilet and a little front room. Maybe for the 20-somethings those work great. I’m just trying to explore different ways people can live and different ways people do live. If you go traveling and see someone’s home in Thailand, it’s maybe just a three-walled bamboo hut on stilts. People sleep there, but you live your life outside of your home a lot. Some people see it more as art; some people see it as a house and social commentary. The homes that I make for the homeless are made out of the stuff that’s normally in the dumpster.

PK: Where can someone park one of these things legally?

GK: Normally where the homeless people live already. Usually a good place for a homeless person is a place that no one else wants—an industrial area, around businesses, around a highway, next to a treatment plant.

PK: Are the authorities less likely to take off with one of your homes in a raid on a homeless encampment?

GK: Definitely. Most people are real positive about it. ‘Hey, it’s a great thing, what you doing. You’re taking our garbage. You’re trying to turn it into a home and making a safe place for people.’ Some people think that I shouldn’t be housing them in this way. That it’s degrading that you would put someone in this type of home. It’s a large doghouse. It doesn’t give them dignity. You should get them off the street. Get them jobs. OK, well these people are already on the street. Everything that they get is kind of what we throw away, from food to clothes. We’re always so fascinated that the Eskimos make homes out of snow and the Indians use buffalo skins and logs. I noticed that the homeless are kind of the same way. They’re working with the urban jungle. Then I started looking at all the homes of the homeless people. Then I realized they’re not really homeless. They do make homes—we just don’t call them homes.

PK: Are you concerned in any way that somebody sleeping in one of your designs could become a target?

GK: The homeless, they get victimized all the time. Random beatings. I know one guy who was killed on the street by kids with some pipes and chains and whatnot. My homes, if you’re inside and someone wants to attack you, if the door’s shut, at least hopefully they can’t get in. Instead of seeing this blob on the side of the street, for all of us, wouldn’t it be better to see a nice little home that’s painted, kept well? And when it’s on wheels and can be mobile, maybe we kind of all share the burden of having a homeless person in front of us or in our space for a little while.

PK: How close are we as a society to accepting that though? Something tells me we’re not.

GK: Around the Bay Area, there’s homeless everywhere. It’s something that everyone knows about, but we don’t really look at the person on the street. There’s this weird break between our public space and their private space.

PK: What is the official stance from the city of Oakland?

GK: No one has officially contacted me. There’s been some chatter online. ‘Why is he doing this?’ ‘He’s just littering the streets with this stuff.’ Or, ‘He can’t provide this illegal housing for these people.’ Or, “Wow, he’s cleaning up the streets and giving these people a great shelter.’ But no one from the city. I think these things fall into a gray zone. It’s not a permanent structure. It’s treated as a cart, really. You don’t have to register it with the DMV. You don’t have to register it with the housing authorities. It’s a cart.

PK: Have you spent a night in one?

PK: What was that like? Weren’t you just a little scared?

GK: No. I’ve lived in my dumpster home for about a month and a half now. I changed it into kind of a luxury home with a granite counter top and hardwood floors. You go all out. It’s 6 feet by 6 feet. It’s at an art foundation, and I’m living in their yard during the summer. I’ve been working on five shipping containers converting them to a bar, a restaurant, a sound studio, and then kind of a little rooftop deck area.

PK: Are you making a statement beyond sheltering the homeless? Are Americans a little too enamored of the McMansion?

GK: Yeah, definitely. A lot of our ills are because people want a lot of space. It eats up a lot of good, prime farmland. It eats up a lot of resources. You got four people living in a 3,000-square-foot home. That’s people eating up our resources as far as electricity to keep it warm or the lights on or the gas. I’ve lived in big homes, too, and no matter how big your home is, eventually you’re going to fill it up with junk.

PK: That is so true.

GK: My wife and I moved in and we had 3,500 square feet. We had seven huge rooms. It was really minimal at first. ‘We’re gonna keep it like this.’ But eventually, we drag this couch home and put this in, and we just have all this stuff. Smaller spaces are nicer. It compels you to be a little bit more social. You spend a lot more time outside, too. Here [in New York], everyone lives pretty small. Obviously, if you’re Trump and you have billions of dollars, you can have whatever you want. But most people just have a little room in a house that’s shared. But they go out. They use the park. If they’re having their birthday, they’re not doing it at home. They usually go meet at a bar or restaurant.

PK: Maybe you need to team up with Donald Trump on a development of luxury dumpster homes?

GK: Yeah, well, I don’t know if we’d get along that well.

Book on Nightstand: Tents: Architecture of the Nomads, by Torvald Faegre

Motto: “Do now, think later.” “If I’d listened to reason, I wouldn’t have done half the things I’ve done.” 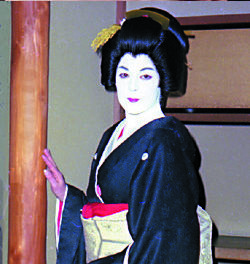 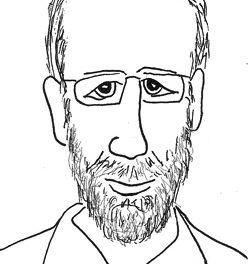 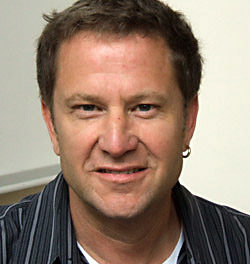 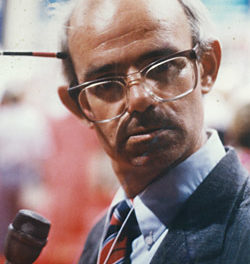