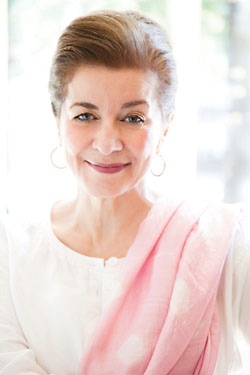 Globetrotting writer Patricia Schultz maps out the rest of your life.

Travel writer Patricia Schultz, author of the newly revised New York Times best seller 1,000 Places to See Before You Die, doesn’t expect readers to make it to every locale detailed in her book (or the app, for those under 30). Rather, she sees it as a menu of world travel to peruse and inspire. If anyone’s going to attempt to make 1,000 stops, it’s probably going to be a woman making the plans. I chatted with Schultz as she was headed to the Bay Area for a Commonwealth Club of California appearance.

Paul Kilduff: Women do more planning of travel because they enjoy all the details?

Patricia Schultz: I don’t know the specific numbers, but I’ve read things for years now that say women enjoy [the planning]. I think it’s also quite simply that if we didn’t kind of get the ball rolling that there would be more of a tendency to stay home and have a barbecue in the backyard for the neighbors. Or maybe go back to the same place because you found some place that you like. Or maybe it’s all about golf. And my gut feeling, as well as everything I’ve read, is that females, women, better halves, girlfriends, fiancés, wives, etcetera, generally are those that will create these great adventures.

PK: It’s right up there of decorating the house and picking out the colors and all that stuff.

PS: Yeah. It’s not to say that when men go along for the ride that they don’t enjoy it any less. I just think that in terms of all of the organization—that can be frustrating. With the Internet now there’s such an ocean of information it can be overwhelming, and I think that rather than be an encouragement, it often will frustrate certain people who then say, ‘I can’t figure this out; let’s go back to Orlando.’

PK: The last couple of summers we’ve gone to Maui. We went back to the same condo right near the beach. Hawaii in general, I think, is the kind of place where you can go and you don’t have to do anything and you enjoy it immensely, and I have to admit that I really, really, really liked that.

PS: Well, first of all, as an East Coaster, which I am because I’m calling you from New York, our heads don’t automatically turn west to Hawaii as West Coasters do. In fact, we tend more to head east over the Atlantic for an easy vacation to Europe. It’s a little less comfortable. It’s not America. You can’t use dollars, and not everybody speaks English. The weather’s not always regularly gorgeous. It’s a very different kind of five- to six-hour plane ride that takes you off into something that’s very exciting because it’s foreign. You can get that same kind of excitement in Hawaii, but for me it almost feels like a continuation of one’s comfort zone. I don’t think that comfort is all that exciting.

PK: You want to be tortured?

PS: No, I want to be exhilarated. I like to think that when I do wake up in Rome or Cairo or Athens or Nairobi, there’s no torture because I’ve cobbled together a great vacation having made sure that I’m with either a good tour operator or in a reliable hotel or in a decent neighborhood. So that’s my foundation, and from there I can go out and explore the world. And it’s a lot more exotic, and it’s a lot more of an eye-opener to me.

PK: Only 30 percent of Americans even have a passport. That doesn’t bode well for the ugly American traveling abroad, does it?

PS: No, it doesn’t until you take in to consideration the population of the United States and you think of those under 16 and those north of 80 and those who are studying and those who for myriad, countless, I can’t imagine reasons don’t carry a passport. But that’s still a lot of people who are traveling and who are traveling a lot. But it did fascinate me. It did stun me, actually, that the number was so low, and people are always asking me, particularly foreigners, if that can possibly be true. But you have, I don’t know, 70 percent of France perhaps has a passport. But France is the size of Massachusetts, and there are limited vacations allowed us in America, often just two weeks and often not two consecutive weeks. But if you really want to make it happen, with that week tagged on to a long weekend over President’s Day or Thanksgiving or whatever, 10 days, you can pretty much go anywhere.

PK: That’s something that you have to put effort into. People who live in other parts of the world don’t have to put that same kind of effort in because they get a month or two off.

PS: I wouldn’t be surprised if those same people take the month off and organize their closets as well because it’s either in your head and in your heart. You have that desire and it is what really kind of gets your engine going. I think the more you don’t travel, the more you don’t travel. But once it bites you, and it bites deep, and you had an incredible experience, or you’ve gone to Paris for five days, and you’ve just come back gushing, or you go to New York City and you have the time of your life, or you go to Banff National Park in Canada, and it takes your breath away because it’s some of the most beautiful countryside you’ve seen anywhere, then once you come back, you realize that it’s doable. It’s expensive, but do you need the third flat-screen television? Do you need a second flat screen? Do you need a television? So it is about lining up your priorities.

PS: In an attempt to keep the selections in the U.S. and Canada in the North America chapter not top heavy or not overwhelming, so that there’s room for the rest of the globe, I needed to be very selective. What would you have suggested?

PK: Did you know, for instance, that the Oakland’s O.co Coliseum is one of the Eight Wonders of the World?

PK: Has anybody died actually trying to go to all of these places?

PS: That’s the most uplifting thought. When I was in Bhutan a few years ago, a woman who was on the trip with us—and it’s not an easy place to get to, but it’s so worth the effort and the money—in our small group of 10 people died during the trip. So she hadn’t seen the other 999 places in the book, but I suppose if that is your quest to do what you love and if need be die while doing it, then she had the time of her life and then slipped in to the afterworld. They do say that the original Shangri-La was in Lost Horizon. That Bhutan in that area of Asia in the Himalayas was that place on the globe that gave you eternal youth. So was that the reason she went? I don’t know.

First real job: First job in my life, ever? When I was 16, I sold Mister Softee Ice Cream from a truck.

Motto: “Life is short, get off the couch.”

Favorite Curse Word: I don’t curse in English, although when I was living in Italy, I used to use the curse word accipicchia because I liked the way it sounded. . 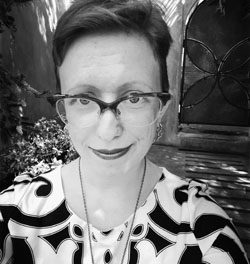 Spork for Your Sorrows? 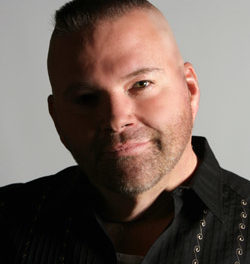 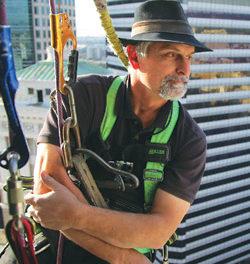