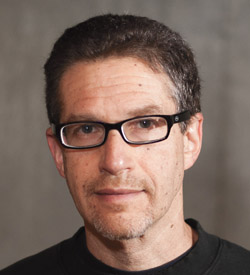 For sure, an overreliance on fast food can lead to the fat farm, but what if it were less salty, fatty, sugary, and came in smaller portions? Science journalist David H. Freedman put forth this radical notion recently in his Atlantic cover story, “The Cure for Obesity.” Freedman argues that since fast (and processed) foods are what many of the mostly poor and obese can afford and prefer, it should be made healthier. Bring on the McDonald’s Egg White Delight. Of course, this challenges the conventional food wisdom espoused by Cal journalism professor Michael “The Omnivore’s Dilemma” Pollan, whom Freedman boldly calls out. Pollan and his followers, “Pollanites” as Freedman calls them, believe that no one should ever step foot into a McDonald’s or eat anything machine-processed. Freedman’s taken a lot of heat, but not from scientists.

Paul Kilduff: Is it really a fast-food operator’s responsibility to make nutritious food or are they just worried about their stock price?

David H. Freedman: They’re just worried about their stock price. Now, the people who run these companies and make these decisions, they’re human beings, parents, people like you and me. Some of them are great people; some of them are awful people. If they don’t do whatever it takes to get their stock prices high as [they] can get under the circumstances, they will be removed and replaced by people who do. That happens to be the nature of a capitalistic society. By the way, I’ve been accused of being a far right-winger. I happen to be very liberal. I personally would be very comfortable in a socialist society. But on the other hand, I get the capitalistic society. . . . What we need to do is set things up so that big food companies will not take a bath for doing the right thing.

PK: Every gourmet restaurant in America serves a gourmet cheeseburger with aged Gruyere, applewood smoked bacon, and housemade ketchup on an artisan bun. Are you telling me that’s lower in calories than a Big Mac?

DHF: I have to go back to my technical term: That’s crap. Look, I love a good hamburger as much as the next guy and sure, I love going into a gourmet place and having a good hamburger once in awhile, but I’m aware of the fact that I’m eating crap. It’s very high calorie. It’s very high in fat. So when people say, “Well, if it’s unprocessed food, if this is coming from locally sourced, organic farms and free-range ranches, then it has to be healthy food,” I’m just absolutely baffled and very disturbed that this kind of unscientific, illogical thinking that goes absolutely contrary to what we know about medicine is really taking over our thinking here.

PK: You are a journalist. Michael Pollan is essentially a journalist. Why should we listen to journalists about this? Where are the nutritionists weighing in?

DHF: Let me tell you the big difference between me and Michael Pollan, my friend [science writer] Gary Taubes (for whom I have phenomenal respect), and [New York Times food writer] Mark Bittman. The difference between all of us is this: I keep telling people, don’t listen to us journalists. You shouldn’t be making these decisions based on journalists. People are constantly quoting journalists to me. What I tell people is, first of all, ask your doctor. These are life-and-death health decisions. Your doctor’s trained to take a look at all the scientific information . . . and recommend what’s best for you. And secondly . . . go out and survey what scientists and nutritionists and researchers are saying. I really wish journalists would shut up. If they would, I would. Basically, all I’m trying to do . . . is counter the terrible information we’re getting from journalists.

PK: You say in your article that there’s no scientific proof that just because something is processed that it’s bad for you, so where does that idea come from?

DHF: Largely from Michael Pollan. A certain amount of common sense tells us that stuff that comes right out of the ground . . . probably has something beneficial to it. That’s the food we evolved to eat. It tastes better. Just the other night I had some vegetables right off the farm and they just pop with freshness. But there’s no science, no evidence, no real common sense to the idea that because something goes through a machine, assuming the machine is clean, that it’s in some way going to be made less nutritious. Science is our best bet for understanding the world. It’s dedicated to figuring out what’s right and what isn’t. That’s not what journalists are there for. We ought to be listening to scientists. There is zero science behind this idea that processed food is bad, unprocessed is good.

PK: Have you heard from Michael Pollan?

DHF: No. I’d be shocked if I did. He’s got nothing to gain from this argument. He’s doing great. His books are best-sellers. Everybody believes him and why should he even bother? Most people are very much against what I’m saying. I don’t expect to hear from him.

PK: Most people reading this are going to vehemently disagree with you. What about nutritionists?

DHF: Ninety-eight percent positive. I’m simply repeating what they all know. Unlike Michael Pollan or Gary Taubes, I’m not advancing a radical theory that supposedly everybody has been ignoring for a long time. I’m reporting what scientists actually say. I thought that’s what science journalists were supposed to do. Apparently not. Because I’m taking nothing but heat over it. Look—scientists, nutritionists, obesity experts—this is what they say: “You’ve got to cut down on fat. You’ve got to cut down on sugar and problem carbs.” And just because of the way people behave and how hard it is to change human behavior, the best, most effective way to do it is not to try to get people to adopt entirely new diets, as nice as that would be, but rather to try to get healthier food into the diets they do eat.

PK: When did eating healthy become an elitist movement?

DHF: Everybody has to eat and right now poor people cannot afford and cannot access . . . a lot of the foods that the Pollanites say we have to be eating to get healthy. Are we abandoning them? What the Pollanites say is, “Oh, we’re going to get them this food. We’re going to establish community gardens and CSAs [community supported agriculture]. We’re going to truck the food in and we’re going to make it accessible to them.” And I go, “Great, what’s the scheme?” Not a single person has come forward to tell me what that scheme might be. Zero. I keep saying, “Okay, you say this healthy food can be made available to them. How? Tell me how.” Nobody has even a plan for that. I don’t even understand what people are thinking.

Astrological sign: Sagittarius. “I had to look up spelling, doesn’t come up much—this is Boston.” 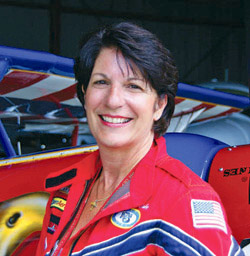 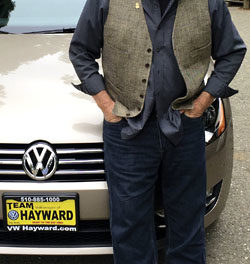 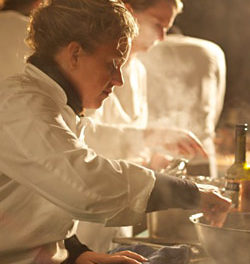 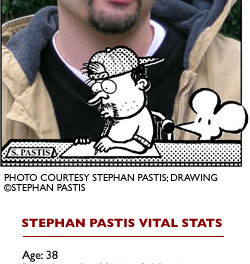