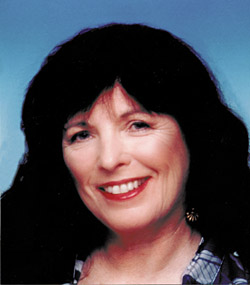 ’Tis the season to buy, buy, buy—and not just to keep the staggering economy afloat. No, it’s also an opportunity to fulfill your children’s wildest dreams (if only for half an hour) by selecting the perfect toy to celebrate whatever holiday it is you’re celebrating this month. For guidance on this journey, we turn to Berkeley’s own Dr. Toy, otherwise known as Stevanne Auerbach, director of the San Francisco–based Institute for Childhood Resources. Since 1995, the toy doc has been posting product ratings on the Institute’s website (Wacky Wiggling Doodle Desk, Dairy Queen Blizzard Maker, and Cleanupper the Dump Truck, for example, all get a hearty thumbs-up). She’s written three books on toys, founded the now-defunct San Francisco International Toy Museum in 1986, and, as a young U.S. department of education staffer in the late 1960s, approved the first grant for Sesame Street. Dr. Toy also has a Ph.D. in child development and, more importantly, a warehouse full of toys in Berkeley. I caught up with her recently for her take on vital playroom issues. Per usual, this is hard-hitting stuff. You have been warned.

Paul Kilduff: My daughter’s really into Barbies. Are you anti-Barbie due to it’s creating an unattainable standard for girls?

Stevanne Auerbach: No, I’m not anti-anything. The only thing I’m really anti, Paul, is violent toys. I’m very staunch against toy guns, violent video games. I think it’s a huge waste of money and resources and skills to create mindless video games that are only about shooting and destroying and killing. Kids need adventures, mountain climbing, and exploration of the sea, and I’d like to see the video game companies develop more educational, fun, interesting products.

PK: Not Mafia wars then, I guess.

SA: Yeah, that’s one of my pet peeves in the industry.

PK: Grand Theft Auto, you don’t have that.

PK: I remember I actually enjoyed playing around with toy guns.

SA: When you and I were growing up, things were different. With TV and with the Internet and the infusion of games that are video, I think there has been an overkill. There really needs to be more cooperation instead of destruction.

PK: You see this at the day care centers. Little boys, there’s no toy guns, but they manage to make a gun out of whatever. You know, a stick.

SA: They create it out of their own imagination. If they create one out of Lego or make it themselves, it’s different. It’s part of their play. But I don’t think parents have to go out and buy a gun to prove something.

PK: My daughter really enjoys playing Monopoly. Now, Monopoly is teaching you what? To become this capitalist pig, right? I mean, hey, let’s drive everybody else out of business. Is that necessarily a good thing for a kid to be learning how to do?

PK: Should there be a less greedy version of Monopoly developed? Social Democracy Monopoly? I’ll give half of my money to pay for social services?

SA: There are great innovations in products that could be improved and you might develop a Berkeley version. It would be unique to this area.

SA: They have Monopoly for different regions, not just the Boardwalk in Atlantic City.

PK: Monopoly for Berkeleyites who want to share the wealth.

SA: And it would be green.

PK: And since Bill Gates wants everybody to give their fortunes away, he might fund it, huh?
SA: Exactly. And it could be very creative fun—and your daughter could be involved in helping to design it.

PK: We keep referencing Berkeley here. This is kind of a Berkeleyish thought. A lot of these toys that you’re recommending are made in Third World countries, where a lot of kids don’t have any toys whatsoever.

SA: I have actually chastised companies for that, including Mattel. I feel that if they have kids working in factories, those kids should have a doll as well as their pay. I don’t want to see young children working in situations that are not healthy and good. Kids in this country don’t work at factories so that is an issue that is of some concern.

PK: And have you voiced this concern to toy makers?

SA: Yes, I actually worked for three years on the code of ethics for the toy industry. There wasn’t any and there was a lot of stealing going on and copying and so on. A lot of improvements have been made over the last few years on standards in factories and safety in toys.

PK: Are they actually providing toys now for the kids working in factories?

SA: Some are, and they’ve told me that they are trying to make conditions better. I proposed even in this country that we have toy lending libraries. There are children in Berkeley who don’t have toys. There are children in Oakland who don’t have toys. It is not necessarily the problem overseas. We have a lot of poverty in our community. So for the past five years, I’ve been in discussion with people in Oakland. There may be a space available that could be converted to a toy museum, a large place for kids to come and actually play with thousands of Legos and construction toys and dolls of all kinds and transportation toys and all kinds of art supplies and things like that. So I’m hopeful.

PK: I think there’s a mind-set that every kid needs to have their own version of every last toy. Really, it would be far better if we had a vast network of toy lending libraries.

PK: If you put a Slinky on an escalator, and it’s slipping down to the next step, would it just go on and on forever?

SA: Oh yes. It would continue to go as long as there was another place. In fact, the first demonstration for Slinky—which helped to sell it—was putting it on an ironing board in a slanting position in the window of the department store, and they sold out all the products.

Birthplace: In the middle of the hurricane of ’38 in New York City.

Astrological sign: Virgo with Leo rising. I have five planets in Virgo. I assume that you understand all that.

Favorite toy: Jacks and ball. I played it all the time. I have a little collection. They’re great for dexterity and coordination.
What I want to be when I grow up: Well, I don’t ever really want to grow up and get older so I’d just like to continue to be a playful person and continue to foster play. 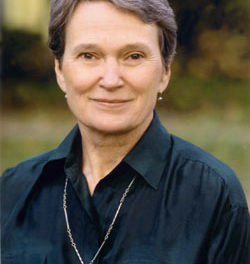 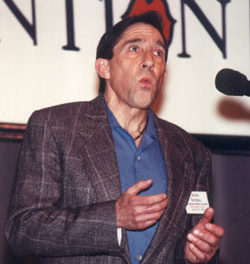 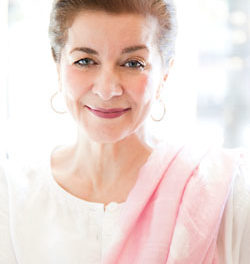