Mass for the Masses

After getting kicked out of the Dominican order of Catholic priests at Holy Names College in the early ’90s for preaching about interfaith understanding, Oakland’s Matthew Fox continued to lead Mass his own way. This meant moving beyond trios of Peter, Paul & Mary wannabes in favor of righteous beats. Fox invented the Cosmic Mass—an amalgam of rap and electronica put together with a rave sensibility that not only soothes the post-industrial, pre-Apocalyptic soul but brings revelers closer to the Almighty. His latest book, A New Reformation (Inner Traditions, 2005), calls for mainstream Christians to, among other things, use more modern means of expression. Just like Martin Luther, Fox even went to Wittenberg, Germany and nailed his 95-point treatise to the very same church door. I broke bread with this true believer to gauge the state of modern spirituality.
Paul Kilduff: With your “reformation” are you trying to change just Catholicism or all of Christianity?

Matthew Fox: I’m trying to wake up a sleeping giant, which I would say is mainstream Christianity. We’ve got a new culture happening here—it’s electronic media and the inventions of the last 40 years, and I think religion has not woken up to it whereas the original reformation was a response to the printing press. I think the right wing, in many ways, has woken up to the media revolution faster than the progressives have. They bought up 2,000 radio stations and several hundred TV stations. The more progressive thinkers have been stuck in their libraries or maybe running soup kitchens and doing good work, but kind of missing the historical moment.

PK: Living in the most affluent society in the history of mankind, how relevant is religion to most Americans?

MF: I do think that spirituality is getting more important for people and religion is getting less. Like the Dalai Lama says, “We don’t need religion, but we do need compassion and kindness,” and I’d say justice. And that’s what spirituality involves. But I’d turn your question around and ask how relevant is affluence? There was an interesting article—a study from England about the happiest people on the planet, some Pacific Island country that has no consumer values at all. They’re living simple lifestyles, in community, and with human beings, and nature, and loving life. And America was like 150th—way behind Iceland and Switzerland and other places as being happy people, so I question the whole thing. I don’t think affluence guarantees happiness at all.

PK: If you press people they will eventually admit that money can’t bring them happiness, but you don’t have to go far to realize that not many people are living up to this ethos.

MF: I think we’re addicted to shopping malls and shopping. Two-thirds of our economic system is built on consumerism. I think consumerism is a 21st-century version of gluttony. And it’s interesting that gluttony comes from the Latin word for the throat. So I think it’s like a gagging. We gag ourselves by buying things and I think there’s a whole system that wants to gag us so we don’t do with our throats what our throats were really built for and that is expressing the wisdom that’s inside. We’re taught at an early age to take in instead of to put out. Our throats are really a birth canal for the wisdom and the love and the ideas that are inside of us and I think that we’ve been kind of suckered into consuming rather than birthing.

PK: Are you and the current Pope ever going to bury the hatchet?

MF: Well I do know him rather well ’cause I was in a prolonged battle for 12 years. His tactics were extremely disrespectful. Remember, he didn’t shut me up, he shut up 107 other theologians. What does that mean for the Catholic Church? It means a deliberate dumbing down. It’s really dumb to pass a pedophile priest from parish to parish. When that scandal broke I was teaching a doctoral of ministry course here in Oakland and there was a woman executive in the class and she said when this happens in business the CEO’s gone in 24 hours, no questions asked. Now that’s a good policy but none of it happened in Boston. The Cardinal there didn’t quit for two and a half years and when he quit they gave him a plum assignment in Rome running the fourth-century Basilica. The guy wasn’t punished at all. He ought to be in jail for what he did. So you just have to stand back and say what kind of an organization is this? And why are such dumb people running it? And the reason is they wanted dumb people. They want the thinkers to leave and that’s what’s scary. And it’s significant because the Catholic Church, no matter what one thinks of it, is a big and ancient institution. They’re the oldest multinational in the world. Oscar Romero who was murdered while saying Mass in El Salvador (the bishop there), he was hounded by this Pope and the previous one for years. They would drag him to Rome and say why are you fighting the military? Then when the military killed him they did nothing to honor the man. There was no effort to canonize him but they canonized the head of Opus Dei who is a card-carrying fascist. So you know it’s not a question of personal animosity. I’ve never met Cardinal Ratzinger but I’m trying to look at this thing as historically and objectively as possible. A month ago he went to Auschwitz as Pope and he blamed God for Auschwitz. He said why did God do this? I say God didn’t do this. It was Germans who did this, especially from Bavaria where they elected Hitler and Bavaria is where Ratzinger’s from. So don’t blame it on God. The Bavarian Catholics elected Hitler. And Hitler was a Catholic. The question is why was Hitler never excommunicated from the Catholic Church? So, these are some of the issues.

PK: What’s been the impact of the upheaval in the Catholic Church you describe?

MF: It’s opened the way for the Holy Spirit. It’s kind of like making a more level playing field for interfaith and for people to [practice] spirituality in preference to religion. Chanting, meditating, or walking in the woods or creating alternative rituals, which is what I did when the Pope fired me. I became a civilian priest in order to create these alternative masses where we danced to elements of rave images and rap and so forth to create a post-modern mass. I’ve written 28 books and at least half of them are on the Catholic mystical tradition: Thomas Aquinas, Meister Eckhart, and a guy named Jesus. So it’s not that I’m anti-Christian. We have to dismantle and deconstruct what we’ve been calling religion and Christianity and carry what’s really worthwhile.

PK: Nowhere in the Bible does it stipulate that only men could be priests, correct?

MF: That’s right. First of all, I don’t think there were priests, as we understand them, until the second century. But in the first century definitely women were leading in the church.

PK: Your second article calls for bringing back gender balance in the Catholic Church. One solution to the pedophilia problem in the church calls for having married priests. What do you think of that?

MF: I’m always in favor of ordaining a variety of people. A variety of lifestyles. Married people, women and men, gays too, and celibates. I think that has been the wealth of Catholicism, that it has a great variety in the storehouse of lifestyles. Celibacy was not a rule until the 12th century really and then they enforced it very successfully.

PK: Looking in your crystal ball, do you see some of these reforms happening in the next 50 to 100 years?

MF: First of all it’s kind of like packing the Supreme Court—what the previous Pope did in appointing the kind of Cardinals he did. Unfortunately they’re all chips off the old block. There are not many creative, intelligent men of conscience who have that role at this time in history. I wouldn’t hold my breath. The late D. Griffith before he died, he was a great monk in southern India, he said to me don’t worry about the Vatican. Don’t put any energy there. It’s all going to come tumbling down one day just like the Berlin Wall overnight. I think there’s such a lack of credibility there that I think it is crumbling. I’m thinking about the future of the faith and of people finding as authentic an expression of what Jesus stood for and what the great saints of the Church stood for over the years.

MF: Mel Gibson is Opus Dei. And his father was Opus Dei. His father was so right-wing that Opus Dei kicked him out. And you know why? Because he denied the Holocaust. A little bad PR there. This organization’s very powerful and they’re strong in American media and of course, they’re very strong on the Supreme Court. We have possibly four Supreme Court members who are Opus Dei.

MF: Yep. Clarence Thomas. And then maybe this guy from Philadelphia, Alito, probably is. And it’s possible that the head guy is because they’re all right-wing Catholics.

PK: What exactly do they do?

MF: Well, it’s kind of a prelature, not a religious order. Jose Escriva founded it in the 1920s in Spain. He was a fascist. It was supposedly for lay people to bring their values more into society and their work. And Franco, the Spanish dictator, three members of his cabinet were Opus Dei. And Escriva was quoted as saying that he admired Hitler because Hitler saved him from Communists.

MF: It’s more like the Catholic Church’s Commerce Department or something. They cut deals. It’s a fraternity. Very male. They let women in to do the laundry.

PK: You’ve brought rap music to your mass. Any unique challenges there?

MF: A lot of what people know of rap is more gangsta rap ’cause that’s what the media tended to pick up on. But there’s a lot of rap that’s very socially conscious and reflective. It really is a powerful art form and it’s universal. This is not just happening in the inner cities. White suburban kids are listening to it in Idaho. A lot of these are new art forms and why wouldn’t we be using them for something deep and beautiful like healthy spirituality can be? 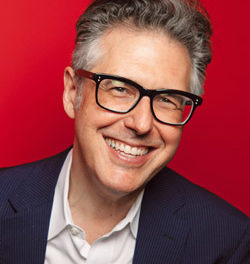 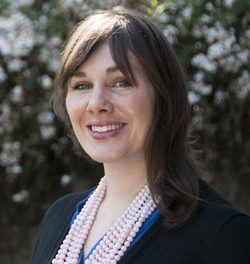 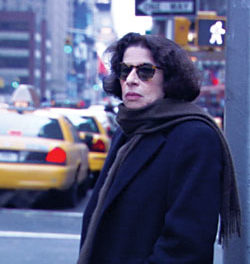 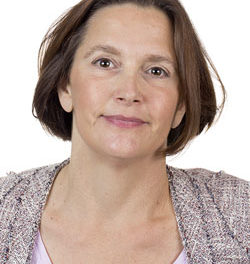