Belly Up to the Bar

After nibbling through so much writing about food, perhaps you’d enjoy a libation? Think of this chat with San Francisco publican John Caine as a little after-dinner drink—like a fine cognac (maybe break out a cigar while you’re at it). Credited with bringing the cosmopolitan to San Francisco when he migrated here from the Midwest in the late ’80s, Caine has demonstrated his prowess with that cranberry-and-vodka cocktail on the KRON-TV cooking show Bay Café. He’s also owned several successful San Francisco bars, including his latest, Hi Dive, just north of AT&T Park on the Embarcadero. The perfect place to tune up your vocal cords before a Giants game, Hi Dive offers a sweeping view of the East Bay and of course, expertly crafted cocktails. I flagged Caine down recently for some spirited words of wisdom.

Paul Kilduff: What’s your connection to the cosmo?
John Caine: I moved to San Francisco from Cincinnati in 1987, and at that time in Cleveland, New York, and Cincinnati there was the cosmo. The cosmo is the granddaughter of an evolution of drinks that began with vodka and gin in the ’50s and ’60s. You remember the gimlet from the ’30s and ’40s?

PK: I don’t remember that, but maybe you do.
JC: Vodka and Rose’s Lime, that’s a gimlet. That goes back 100 years. Then 40 years later you add triple sec to it and orange liqueur and that makes it the kamikaze. Then Ocean Spray developed cranberry juice out of New England. That gets added and then you have the cosmo. I worked in a lot of cutting-edge bars in Cleveland and Cincinnati, and we were making cosmos.

PK: You bartended your way through college and after graduating could have gone into public relations or radio sales, but would have suffered a severe cut in pay. Is being a barkeep a respectable profession for a college-educated guy like you?
JC: A friend of mine, a good customer, he said to me the other day, “Bartending, it’s not a man’s trade anymore, it’s all for women.” It’s certainly gotten healthier and more even by gender, but I think that the trade is still respectable. It’s dangerous sometimes, which can be fun.

PK: But it seems that your friend is right—where are the guy bartenders? It seems like you’ve got to have the hotties behind the bar so the guys can drool.
JC: If you go by tradition it used to be you only had male bartenders because they attracted female customers, and female customers attract male customers. Win, win, win, right? But just because you’re male doesn’t mean you’re a better bartender. So you try to get the best people to work and some girls just try harder.

PK: What about the image of the bartender as therapist?
JC: A lot of people come looking to talk and maybe you’ve got time, maybe you don’t. Some people try to talk to me and I’m like, “Oh really?” And I didn’t hear a word of it. I just took 14 cosmo orders. But I smile at ’em, and wink, and say “Yeah, great to see you.” Maybe that’s rude or being fake, but I’ll tell ya, every once in a while you can get cornered, too. And sometimes I won’t have it. I’ll just shut ’em down. “Hey, it’s too bad for you, how about them Giants?” Younger bartenders with older guys that come to kvetch, they don’t know how to get out of it. But I tell them, “Is this going to get interesting anytime soon?”

PK: What about fussy drinks? Is a manhattan a pain to make?
JC: Oh no, manhattans and any liquor cocktail, any bartender in San Francisco can do. Negroni, Irish coffee, things like that take a little knowledge. People can fuck that up if they put too much Campari. So it’s an easy recipe: one third, one third, one third, right? Gin, Campari, and sweet vermouth. But there is a little knowledge with that. If you have different pour spouts on each bottle you’re going to get a different pour. Outside of that, what we’ve got to know as bartenders: lock the doors and turn off the lights.

PK: What about making stuff up if you don’t know how to make a particular drink?
JC: Before I touch any liquor I say to a customer who ordered it, “This is how we make it here. This is what’s in it. If you don’t think this is what you want, order something else, but you’re going to be charged $8.50 for it.” And they go “Oh, OK . . . I’ll have a Bud Light.

PK: You sell a drink called the Irish car bomb. What’s in that?
JC: I’ve always been offended by that name, but we sell a lot of them. You drop the contents of a shot glass which is filled with Irish whiskey and Bailey’s Irish Cream into a half-glass of Guinness, and then drink the whole thing at once. It’s probably about eight ounces of chugging. I hate those drinks, but I make them, and they get assessed an asshole tax too because I don’t like the name.

PK: What is the deal with tipping? Is it a dollar a drink?
JC: I’d say it’s a dollar per drink under $10, and then you can break it down. I sell five drinks for $20, and personally if I get $23, that’s fine. Bartenders are going to tell you “Give me as much money as you have.” But as an owner I’ve softened on that. I never confront someone on a tip, but when they walk away from the bar after not tipping, I will catch their eye and, very demonstratively and loudly, say “Thank you.” So, the next time they come up to the bar they cannot not tip. They get thrown out.

PK: Really?
JC: Yeah. First of all it’s service, so you have to feel like you got that service too. If you walk into a crowded saloon and the bartender sees you, waves you over, asks what you want, serves you really fast and you’re happy—there’s a good tip there.

PK: St. Patrick’s Day and New Year’s Eve: Amateur hour?
JC: Yeah. It’s OK though. They’re people, too. In the morning, every January first and every March 18th, the money’s the same color as every other day of the year. 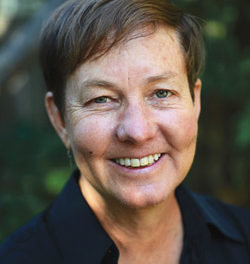 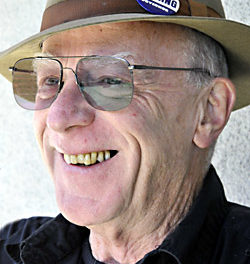 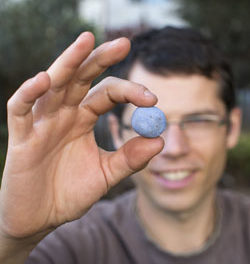 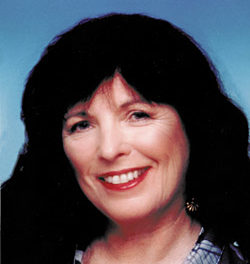