As it enters its 50th year in business, The East Bay Monthly is in for another change with founder Karen Klaber leading the charge and recalling the publication’s rock and sock em history from the early days to now.

Counterculture publications abounded during the great cultural experiment of the 1960s. Here in the East Bay, the Berkeley Barb became the nation’s highest circulation underground paper. In the summer of ’69 the Berkeley People’s Paper (which became the Berkeley Fascist when flipped over) lampooned the Barb‘s owner and inspired the entire Barb staff to walk out and start a rival publication, the Berkeley Tribe.

It was an irrepressibly passionate time, perhaps a bit too much so for some of the merchants along Telegraph Avenue. Just around the corner from People’s Park, the blocks between Bancroft and Dwight were ground zero for street vendors, musicians, activists, and runaways. But they were also home to Cody’s Books, Frasers home furnishings, Layton’s Shoes, and others.

“There were some fine stores along the avenue,” says Karen Klaber, publisher of The East Bay Monthly. “The merchants were devastated by the riots.” In 1969, with her then-boyfriend Tom, Klaber helped produce the three issues of the ephemeral Berkeley People’s Paper/Berkeley Fascist. The whole thing was the brainchild of their mentor, the anthropologist Allan Coult, who died in the spring of 1970.

“Allan was a great teacher. He was concerned that Tom and I learn to earn a living,” Klaber recalls. “We didn’t go to college. We didn’t take the professional route. So, on his deathbed, he told us, ‘You kids ought to start a shopper.'”

Coult figured a shopper was a simple enough business: Sell enough advertising to cover costs plus profit, and the couple already knew how to put out a newspaper.

A friend suggested that they focus on a very defined (and unique) commercial area: Telegraph Avenue. The idea was to remind the well-heeled residents of the Berkeley hills that the merchants along the street so beleaguered from years of uprising and protest were very much open for business.

Klaber pounded the pavement and sold 18 pages of ads. The editorial for the first issue promoted the widening of sidewalks on Telegraph. And The Telegraph Monthly — a name that changed a few times until this one stuck — was born, mailed to 47,000 homes in the hills in October 1970. It didn’t take long for the neighborhood’s intellectual fizz to spill into the pages. The second issue celebrated the opening of the Berkeley Art Museum. The Klabers added a science column and a book column by Fred Cody. It evolved — a shopper with a literary flair — from The Telegraph Monthly eventually into The Berkeley Monthly and finally into the magazine you hold in your hands right now, The East Bay Monthly.

After 50 years, this is the final issue of the magazine. Starting next month, all regular departments will migrate into the pages of Oakland and Alameda magazines.

“I have always felt good about putting out good content and giving it away for free,” Klaber says. “We’re giving people something of value for nothing, on their doorstep. Here it is. And we’re going to continue to do that.”

A lot of people still call the magazine The Berkeley Monthly. In 1972 the Klabers changed the name from The Telegraph Monthly when they expanded to take in Shattuck Avenue. With offices above the old Metropol restaurant (now Tupper & Reed Cocktail Bar), the magazine developed its unique look right away, with its famously big, bold covers.

“From the beginning, I put fine art on the cover,” Klaber says. “We didn’t look to follow anybody else. We just got creative, and I started out as an artist. I curated the cover art ever since.”

And they hired an editor. Mark Osaki was an undergraduate English major at Cal when he joined the staff. With editorial content that consisted almost exclusively of columns written for free, the magazine needed a major shot in the arm. Osaki joined forces with Fred Cody (of bookstore fame and the best writer in the bunch) to attract good writers to the magazine. They approached Cal faculty and went to book readings. Osaki persuaded the conservation writer David Rains Wallace to contribute articles. After the magazine published a review of one of his novels, E.L. Doctorow took note and persuaded some of his Berkeley writer friends to contribute.

“Berkeley had a plethora of writers,” says Osaki, a poet who lives in San Jose. “There were so many good poets and not very many publications. I wrote them and asked them to contribute. We were cleaning up our act and looking a little more sophisticated, so they said sure.”

Perched on top of the ivy-covered Tupper & Reed building on Shattuck, The Monthly‘s offices were a warren of small rooms and passageways. At the top of a winding staircase on the side of the building, a glass door led inside. Osaki’s office was in the building’s small stone turret and had its own fireplace. There was a small room for the sales staff, a cramped area for production, and a large room where the Klabers had their office (with two matching exotic wood custom-made desks). A small closet at the back was where the typesetter worked.

The winds of change blew hard at the end of the 1970s. The Klabers split up and Karen, who had run the business side, left Tom in charge and moved east to start a sister publication, The Boston Monthly, on Newbury Street. Meanwhile, Tom moved the Berkeley magazine into larger offices on Parker and Seventh, tripling the rent and doubling the staff.

Then Karen got a call in Boston from an employee telling her that things weren’t going well back in Berkeley. Tom had ended up spending money hand over fist. Karen had to shut down The Boston Monthly and come back to California to dig The Berkeley Monthly out of debt.

“For me, turning it around was just one foot in front of the other,” Klaber recalls. “I sold everything I owned including my home and my restored Hamburg Steinway piano. I sold it all in order not to go bankrupt. And I was able to cut 40 percent off the inflated business expense practically overnight.”

Before starting The Boston Monthly, Klaber had her young designer, Michael Grossman, whom she hired in 1976, to redesign the magazines’ look. Gone was the psychedelic border around the cover. In its place a clean graphical grid. There have been several redesigns since, but over the years The Monthly has maintained a signature style that has inspired editors and art directors across the country to imitate the look. The ads are clearly delineated from the editorial material, and there are high standards for how the ads are designed.

“There were ads we wouldn’t run,” says Andreas Jones, art director of The Monthly since 1992. “I would find publications in Southern California that had ripped off our exact look.”

In the mid-’80s, local investor Barry Traub infused the magazine with a small windfall of cash. The investment paid for a couple of fat years at the magazine, when editor Tracy Johnston was at the helm. Johnston was able to hire more editors and pay writers a respectable dollar-a-word rate.

“We paid the writer Patrick Daugherty to fly to South Africa and write about apartheid,” Johnston recalls. “We tried to put out the best, most interesting, most eccentric magazine we could. We were a very writer-focused magazine.”

In 1986, Klaber moved the offices to 59th and Doyle streets in Emeryville, sharing the building with an adult magazine and a private detective. Trains rumbled by several times a day and there was plenty of space for everybody.

The magazine won a Maggie award for an article by Alix Christie called “The Strange Confession of Bradley Page,” about a Cal student’s controversial confession to murdering his girlfriend. Page was convicted of the killing in 1988 and released on parole seven years later.

Investigative journalism continued under editor Tim Devaney, who ran stories about a trial of gypsies accused of poisoning elders with digitalis from foxglove flowers and about Your Black Muslim Bakery.

When the magazine’s back page interview space opened up, Devaney hired Paul Kilduff to take over. What evolved into The Killduff File started with an interview with an up-and-coming female pool champion. Kilduff interviewed comics Will Durst and Johnny Steele and visited the old Dreyer’s Ice Cream plant in Oakland to talk to the official ice cream taster.

“One of my favorite interviews was with Leslie Griffith, who used to do the news on KTVU,” says Kilduff. “I asked her, ‘Would you consider getting into the ring with Anna Chavez from Channel 7?’ And she said ‘Yeah, I’d knock her out.'”

It was a fun place to work. Late nights, pizza for dinner. Setting type and waxing linographs to print and paste up.

“What I recall most fondly about The Monthly,” says Devaney, an editor at the magazine in 1990s, “is the East Bay that we covered, which doesn’t exist anymore. It was a more friendly place and a more casual time. There were eccentrics everywhere — interesting people — in the community, on the staff, and the freelance payroll.”

The only issue to be published late was October 1991. On the day of the Oakland fire, art director James McCann was at home making his bed when the phone rang.

“It was Karen and she said, ‘Jimmy, get out of the house! There’s a wall of fire shooting down the hill!'” McCann, who worked as art director at Sunset magazine for 20 years after leaving The Monthly, says the fire never came close to his house in El Sobrante. Klaber’s house and everything in it were destroyed.

Many businesses weren’t functioning in the fire’s aftermath, including the magazine’s typesetting service. The staff took a day or two to address the fire with a publisher’s note from Klaber and an article.

“Karen Klaber was the best mentor I ever had,” says McCann. “She taught me that every little tiny detail in design has to be perfect. I look back on my career and a lot of the times when I’ve been successful, it’s because of her.”

Klaber sold The Monthly in 2012 and Telegraph Media purchased it in 2013, where she continues to work for all the publications owned by Telegraph Media.

The Monthly has incubated dozens of careers and maintains a loyal core of freelance culture writers, including Andrew Gilbert, Sam Hurwitt, Michael J. Fox, Rita Felciano, and DeWitt Cheng. These writers, among others, will appear in Oakland and Alameda magazines, where the spirit of the The Monthly will live on. 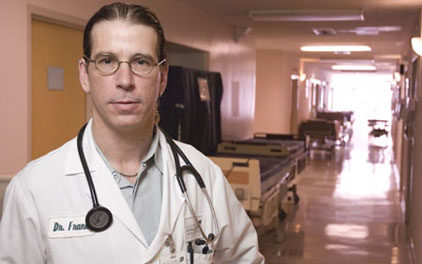 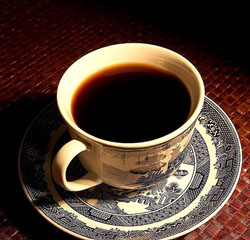 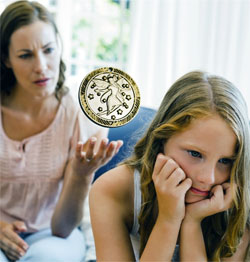