Can Straw Bale Buildings Help Save the Planet?

The materials may be cheaper, more sustainable, and better for the environment, but for now, but until stigma subsides and natural building scales up, this ancient building method is mired in the mud.

Politics don’t typically spring to mind when thinking about buildings. Built environments usually occupy the background of our lives, providing shelter, a place to work or play. Buildings may boast arresting architecture or a rich history; they may house art, music, or ballet. They may serve as a place of worship.

But every structure is part of a much bigger narrative. Buildings are much more complicated than just four walls.

Systems thinking is a holistic approach to analyzing how the different parts of a large structure or organization interrelate. Nothing, in other words, not even buildings, operates in a vacuum.

Built environments sit in the center of a complicated societal relationship with shelter, water, energy, and the future of humanity. And buildings — particularly those using natural building methods — benefit from systems thinking, which takes into account everything from where resources are sourced to who is able to take advantage of the technologies, deftly balancing environmental and social justice concerns.

“The term natural building is any form of building that is decidedly rooted in place, responding to the local climate and built with resources that are indigenous and readily available without a lot of processing,” explained David Arkin, co-director of the California Straw Building Association.

The straw bale — clean, dry, densely-packed rice straw bales stacked like bricks — may seem unstable or unsightly, but they can look as beautiful as conventional homes (or arguably even more arresting) and have been used by builders — in the United States and abroad — for hundreds of years. Straw bale structures are designed, stacked into walls and doorways, and then covered in adobe, lime, or stucco plaster to protect the bales from the elements and pesky critters. The covering also gives the straw bales structural strength.

In addition to serving as the co-director of CASBA alongside Massey Burke, Arkin is a founding member of Berkeley’s Arkin Tilt Architects, a firm that focuses on energy and resource-efficient design and the redeeming value of straw-bale construction.

Straw bale is sourced as a waste of another industry — the growing of grain for food — and rescues the material from its typical fate of being burned, which causes serious pollution.

“Builders have tested straw and other materials and developed details for long-lasting, safe, and comfortable homes,” Arkin said. “Some straw bale buildings have lasted for centuries, if not millennia, in some cases.”

Arkin explained that with the exception of locally sourced Forest Stewardship Council lumber, all major building materials have an emitted carbon footprint.

“During the mining, the manufacturing, and the shipping of these materials, fossil fuels are burned for the energy required. Concrete alone accounts for 8 percent of the world’s carbon dioxide emissions. It takes tremendous heat energy to make steel and aluminum and more again to extrude or weld it into the shapes we use in buildings. Clay is a ubiquitous resource that is often found locally and requires hardly any energy to use.”

Plant-based materials like straw, hemp, bamboo, and other rapidly renewable materials are capable of storing more carbon than it takes to grow, harvest, and turn into a usable building material. “This could help save the planet from climate change, and that’s quite desirable,” Arkin said.

Many natural buildings methods exist in municipal building codes or have been approved in several jurisdictions under the “Alternate Methods and Materials” provision of those codes. Arkin said these methods require patience and persistence, but “there is no ‘restrictive legislation’ holding it back, at least not any targeted directly at natural building. Ordinances establishing minimum sizes or design guidelines that dictate forms and materials do persist — though these, too, are changing, and natural building methods have certainly met such guidelines.”

Stone masonry and adobe have been in municipal codes since the 1940s while straw bale and light straw clay were added to the International Residential Code, which is the model code for most U.S. states, in 2015, Arkin noted.

“Any material can be considered under a code section called ‘Alternative Methods and Materials,'” Arkin said, “but it’s how many innovative structures have been built under building permits over the years.”

Arkin said that CASBA and Arkin Tilt Architects are combating misinformation and an implicit bias toward the unknown when it comes to straw bale building. People don’t understand, he said, how mud and straw can somehow be superior to materials they can buy in a store — the same materials that everyone else uses. Some skeptics, Arkin said, wonder whether the straw bales burn, rot, get infested, or cause hay fever.

Habitat for Humanity chooses not to build with straw despite its upsides because the organization doesn’t want to inadvertently stigmatize folks by building houses that don’t look like everyone else’s, Arkin said.

Still, Arkin said, “straw bale is the least expensive of all thick-wall systems, including wood framing, and is cost-competitive with walls of similar thermal performance.”

And conventional materials like wood have grown very expensive. Arkin said over the past few years, the cost of wood framing lumber has risen 40 percent in Northern California. That’s partly due to increased demand of lumber in the wake of devastating wildfires and the skyrocketing cost of living for the loggers and other members along the supply chain.

Overall, Arkin said he believes that the development of these systems at scale is “the movement’s current challenge. Energy efficiency requirements can be met at a lower cost with many natural building systems, but evolving these to greater efficiencies and producing them en masse remains a serious stumbling block.

“Our colleagues in Canada, the UK, and Europe have devised some panelized systems — straw bales pre-built off-site — that can be factory built and then shipped to the site,” Arkin said. “Here in California, most typically, a frame is put up, and then the straw bales are infilled into it.”

Arkin said straw bales are more cumbersome than studs and plywood, but “represent a direction towards mass-production that is probably needed to see rapid adoption of straw as a building material resource.”

At some point, natural building could represent alternative building methods suitable for mitigating the local homeless crisis, and Arkin believes it should “absolutely should be considered” for such a purpose. Despite its potential to aid homeless housing, Arkin said that road is long and complicated.

Tiny houses might be the most viable future to intersect natural building with the East Bay’s homeless predicament, he suggested. Arkin said that the building community is currently working on a tiny house code that would alter the rules for small, free-standing structures and that the residential codes have evolved to more reasonable minimums.

“Some of our members have created simple emergency shelter designs, and my firm and others have been making plans for modest straw bale homes available to wildfire victims. But there’s often a requirement of portability for these tiny houses,” Arkin said, adding, “and one potentially limiting factor in the use of natural materials is their tendency to be heavy or semi-permanent.”

You can’t easily forklift a village of straw bale structures to a new location, he said. “Thus lighter-weight, simple wood-frame structures — of which Tuff Shed would be an example — are more common than straw bale or cob,” Arkin said. “As our mentor Matts Myhrman likes to say, ‘You can do anything with straw bales, except have skinny walls.'”

Arkin has met with officials in Sonoma County, San Jose, and Santa Cruz, and most have been receptive to tiny houses, but only Santa Cruz has been exploring natural building, he said.

“I have shared some tiny house village information with the Berkeley City Council member representing the district where our office is located, but that’s as far as the conversation went,” he said.

It seems the future of naturally built structures remains a promising and viable option, but until the building method becomes scalable — and more affordable and thus more ubiquitous and less stigmatized — the system remains stuck in the mud.

CASBA hosts an annual conference and ongoing workshops. Learn more at CASBA’s website, www.StrawBuilding.org. You can also listen to podcast Innovations in Carbon Beneficial Building Materials by Nori to learn more on the intersection of systems thinking and natural building. 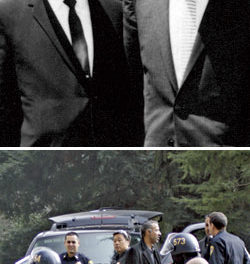 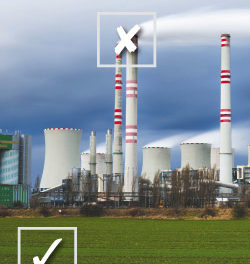 Investing Your Green in Green 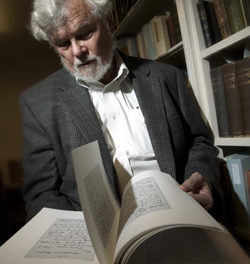 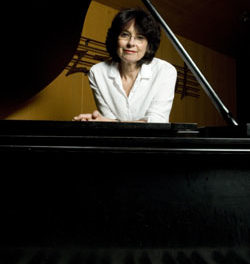