Rabbi Steven Chester grounds his congregation in works of social justice but constantly raises the question, “Am I doing enough?”

“This is what God asks of you, only this: to act justly, to love tenderly and to walk humbly with your God.” So said the prophet Micah of Moresheth in the 8th century BCE, and despite modern cynicism, mayhem and prognoses of doom, it is still possible to find people in the world who tread that path. And mean it.

Temple Sinai is up on Pill Hill in Oakland—a fitting location for a community that works to heal both its neighborhood and its neighbors. Surrounded by Broadway’s Auto Row and highways 580 and 24, at the corner of 28th and Webster, the synagogue is the spiritual home for more than 1,600 members. Inside the yellow brick building, there’s a thriving preschool, ongoing education and lectures, a successful literacy program, activities for seniors, and a busy committee for social activism.

The congregation’s online welcome page professes, “We seek out ways to be part of our larger community, where we can represent those values that make us proud of our Jewish heritage of social justice, caring, community, [and] commitment to Tikkun Olam: Making the world a better place.” The tree symbol that is their logo shows branches and roots, and the command, “lech lecha,” meaning go, or go forth —perhaps even “go for it”—and the all-embracing concept that “You are the journey.”

While the spirit of social involvement is clear within the congregation, it is their leader, the Rabbi Steven Chester, who fully embodies such a command, or tries to. His passions are many: from advocating for local affordable housing and health care for the disenfranchised to supporting women’s reproductive rights and protesting the genocide in Darfur. “It’s so reminiscent of the Jewish experience in the Holocaust,” says Chester of the African region’s turmoil.

Alongside his own passions, he says, “My mission as a rabbi is to have my congregation involved in issues in the community in which we find ourselves—in this case, Oakland—in issues that involve the displaced [and] the poor,” and to espouse “the values of Judaism and the Jewish tradition” in that context. One key move—or lack thereof—has been the congregation’s decision and commitment to “stay in this place, on the outskirts of downtown Oakland, instead of moving elsewhere,” says Chester. He and his wife also live in Oakland.

“Our mission is to cure the ills of the city. The passion of my rabbinate has been working in the area of social justice and making sure that the congregation I serve is involved heavily in the community in which it is found,” Chester says.

The East Bay seems to agree; he was voted as Reader’s Choice for “Minister/Rabbi/Imam with the Biggest Heart” in the East Bay Express in 2006. His efforts show up everywhere—on the editorial pages of local newspapers, at national conferences on social justice, at a Hurricane Katrina prayer service at the Oakland Arena. At that event, he quoted the book of Deuteron-omy, saying, “Justice, justice, you shall pursue,” indicating that there is justice for the wealthy and a different justice for the rest of us. At the commencement of the Iraq war, he wrote an editorial in the Oakland Tribune about the lack of an American flag in his temple’s sanctuary.

“I don’t think it belongs [there]. A sanctuary is a sanctuary,” Chester says in his quiet study on a recent afternoon. “I definitely am one who believes that God is not on the side of any war. It becomes very dangerous when we say God is on any side. You [must] rise above political ‘isms’ or ‘ism’ becomes your god. The minute that movement takes on ‘the only way’ in politics or religion—you’ve made it into a god and that’s very dangerous.

Chester was born in St. Paul, Minn., and grew up in Pomona,

California. He studied history and literature at UCLA, then went on to six years of rabbinical school, with a seventh year in Israel. Chester was ordained a rabbi in 1971. At his ordination, he won an award for social action; he had already been active fighting for civil rights in the early 1960s and in the anti-Vietnam War protests after that. “That’s sort of

been my bent,” he says with modesty.

For the first five years of his rabbinate, Chester worked in a small congregation in Jackson, Mich., near the state’s main prison. He became the Jewish chaplain to the prison, with weekly visits to that and other prison facilities around the state.

He eventually moved west to Stockton and then, 19 years ago, took the position at Temple Sinai. He recently paused to reflect on a life of service, and asked of himself before the congregation, in his High Holy Days sermon, “Have I done enough?”

His answer makes sense, given who he is. “I don’t feel like I have. Maybe because you never feel it’s enough—because there is so much to be done.” Chester is slated to retire next year, at his 20th year of service at Temple Sinai. He hopes that when he retires, he’ll have time for the issues he has a special passion for.

One of those issues is the lack of education for poor children in Cambodia. He sponsors a school for extremely underprivileged children and orphans in Siem Reap. Chester met the two brothers who run the school while visiting Thailand for his son’s wedding. One brother was Chester’s guide and showed him the school. Chester calls him “one of the righteous people of the world in what he’s doing.” This past summer, Chester and his wife visited the school again to bring them supplies.

Does he ever get discouraged? Of course. “You get frustrated and run the danger of compassion fatigue. You [can] get frustrated, give up. But if we do that, then we’ve lost,” he says.

No one person can do it all, he says. His goal is to bring his concerns to the congregation, “to influence them to become involved. There’s no way I can be in every issue. My job is to facilitate others in the congregation to take on other [projects].”

Chester ponders the many tasks at hand, and then admits, “It’s often a choice. Have I ever done enough? And the answer will probably always be ‘no.’” But he refers to the Sayings of the Jewish Fathers, a book of traditional wisdom, that advises, “I am not bound to complete the task, but neither am I free to desist from it,” as a guiding principle.

Perhaps we’ll never see universal peace and the end of suffering, he says. “Maybe no generation will see it—but we are all bound to work for that age.”

——————————————
Julia Park Tracey was the co-editor of The Monthly and is now the publisher/executive editor of The Alameda Sun. Read more of her work at www.modernmuse.blogspot.com.

Sanctuary from the Storm | Manuel de Paz suffered terror in his homeland and survived an arduous journey to the United States. Now he helps refugees and immigrants who are trying to make their way in the East Bay. | By Mike Rosen-Molina

Man with a Mission | Rabbi Steven Chester grounds his congregation in works of social justice but constantly raises the question, “Am I doing enough?” | By Julia Park Tracey

Breaking the Cycle | Larry Fleming lost his son to the violence in Richmond. Now he’s helping ex-convicts find honest work to avoid a return to a life of crime. | By Mike Rosen-Molina 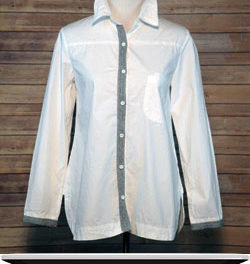 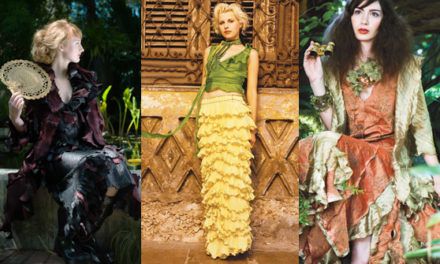 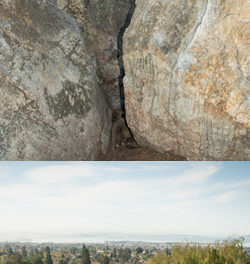 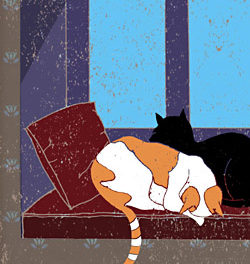 Flavor of the Moment