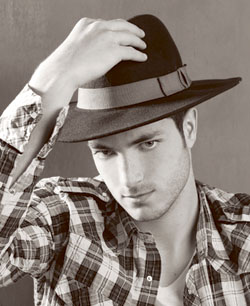 Some remember and others do not.

World War II is ending. Refugees from all over Europe and South America are pouring into the United Statea to start anew, and they need to learn English. I just earned my B.A. and am waiting to begin teaching in the great city of New York. I have only to pass my orals. While I wait, I teach at The Better English School, which offers crash courses, in speaking, mostly. Our clients range in age from 16 to 50. The principal of the school, a syrupy con man, selects teachers and clients carefully. Because I am 20 and look 12, he has decided to assign me tn a young Costa Rican aristocrat, all of 15, and reluctant to learn English but obliged to make haste because a military school in Virginia will not accept him until he does. When the principal introduces him to me, my student laughs. He was expecting a gentleman with a beard. Not a woman, not a girl, not a very little girl.

It is March. We have three months to prepare for military school. We fight constantly. He scorns the books I offer him. I know nothing about the work that has been going on in the wartime academies in Monterey, where language immersion occurs out of necessity. But Pancho, that’s the name he goes by, and I talk all the time. I take him to museums, the august museum of Natural History, for example, where he observes after a lecture on The Ascent of Man that I may be descended from a monkey, but he is not. I call him a brat. I feed him candy, though. He is always hungry. He never thanks me.

But something happens. He does attempt to read, and he does talk about himself. He tells me was expelled from a posh school in Costa Rica for throwing a chair at another student. They were exchanging insults. He explains that boxing was prohibited in the classroom and throwing chairs across the room was “a kind of boxing.” I learn also that his father has taken him hunting tigers in Brazil. Pancho actually shot “one.” I am too overcome to ask if he has the tiger’s head in his bedroom. On the wall? No, his mother took it down. He is hesitant to ask about my life. Women in his family do not work.

End of May. I am in the office to pick up my check. Miss Lightfoot, our secretary, tells me Pancho has suddenly been called to the military academy and has had no time to say goodbye. She hands me a note scribbled on a sliver of newspaper. He wants me to call his mother. He misspells my name. But he has struggled “mightily” to write to me in English. He tells me his mother wants to learn English.

We work together a whole summer, mother and I, both pretending that mother wants to learn English and that this is Pancho’s way of taking care of me. It remains unspoken how much he cares for me. And if I have any doubts, at Christmastime comes an invitation to a party welcoming Pancho home for the holidays.

I arrive, not too early, at the family’s penthouse in mid-Manhattan, only Pancho is in bed with the flu. Soon, however, one of the little maids who accompany the family when they visit their several homes will escort me to him. It is understood that I am special but cannot stay too late. That Pancho still “loves” me is announced as soon as I arrive by his older sister. It is something of a joke, but the family treats me with respect. His mother embraces me. When after, a glass of Champagne, I am ushered into his presence, the princeling is surrounded by friends from the academy. Talking stops, for I enter like a duchess. I am wearing my mother’s fur coat and her leather gloves. I approach the bed. We hold hands. We do not speak. And I leave.

Twenty-five years later. I am completing my master’s degree at USF, enjoying a class in film appreciation, where the prof scribbles me occasional notes of approbation. In the class is a lad who has the same surname as Pancho. Mildly curious, I approach him at the end of the semester to ask him if he is from Costa Rica. He is. I ask him if he knows someone called Francisco. “That’s my uncle,” he cries.

We fall into one another’s arms, figuratively. I tell him the story, dwelling only on Pancho’s kindness to me. He cannot wait to call his uncle. Neither can I.

The film class meets once a week. Manuelito is absent at our next meeting. The following week is our last class. We have a final exam. Gently, I approach him after the exam. He tells me that Pancho does not remember me. He cannot face me. I try to make light of it. I tell him it’s OK.

“My grandmother remembered you,” he says.

He is so young. Will he forget, too?

————
Longtime English teacher Flossie Lewis lives at Piedmont Gardens in Oakland and writes light verse for The Crest, the monthly newsletter for Piedmont Gardens residents. Find her recent interview with Hari Sreenivasan on growing old for the Brief But Spectacular series on the PBS NewsHour online. 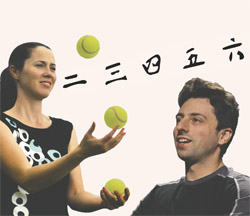 Speak Chinese and Juggle For Me 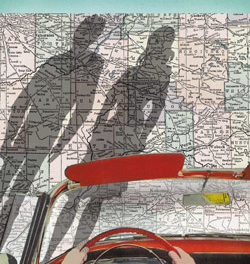 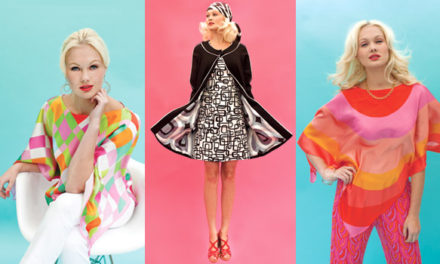 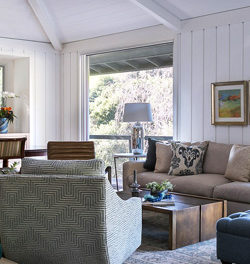 When History and Styles Intersect