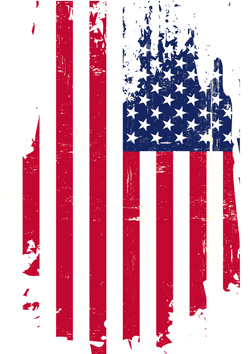 A young inductee refuses to join the military.

Once upon a time, I betrayed my country. I don’t think about it a lot these days, but I conjured the memory recently when I saw the story about the young American who hightailed it for Iraq in search of ISIS. He found them and, not long after, he took off again, this time in search of somebody to surrender to, apparently having found that the life of an Islamic terrorist came up a little short. I don’t know what’s going to happen to that guy, but I remember what happened to me. Following my betrayal, I was marched off to the brig by four Marines the size of Madera oak trees.

My life of crime started more than 50 years ago, with the military draft board in my small Illinois hometown. The board didn’t like hippie kids, especially kids who tried to dodge the draft with lame excuses like higher education and overseas service in the Peace Corps. Finally, after six years, they got me.

For reasons I won’t bore you with, I ended up in California, where dawned the day of my induction into military service, clear and warm in the East Bay sun. I reported to the infamous Oakland Induction Center, where I began the equally infamous Underwear March through medical stations with thousands of other unhappy young men. I was displaying my most innocent face, so I was startled when a square-jawed Marine approximately the size of the Cal Campanile marched across the frigid warehouse, pushed me against the wall with his arm across my throat, glared down at me, and snarled, “If you refuse, I’m going to kill you.” I would have squawked, “Who, me?” but Square Jaw had my voice box in a vice grip. Finally, he released me, turned on his well-polished heel, and marched away. But all day long, as I moved through medical inspections, I saw him staring at me from across the warehouse. To this day, I don’t know what tipped him.

As we progressed from one medical station to another, my small group included one guy carrying drumsticks and beating incessantly on every surface in sight, apparently hoping the Army loved its straight 4/4 march time and wouldn’t take a guy doing paradiddles. Meantime, whenever we stopped, another guy would bend over, heave his feet up against the nearest wall, and stand on his head. These two candidates were clearly bucking for a Section 8—the renowned medical disqualification on the basis of insanity. It was the Cpl. Klinger Strategy from the MASH TV show, only without the flowered dresses and ladies’ hats. And it wasn’t working. The Drummer and Upside Down looked increasingly desperate as we approached the last doctors, one of whom was assigned to administer the drop-your-pants-turn-your-head-and-cough maneuver. As he was … um … cupping me, I thought, Man, what a job—I’ll bet this doc was drafted. Or worse, maybe he wasn’t.

Eventually, I was lined up with 49 other future soldiers in a big room full of flags. I looked up and down the line for The Drummer and Upside Down, didn’t see them, and hoped they were off somewhere being quizzed by shrinks, still free. We were all asked to raise our right hands and recite the oath of allegiance. I did. We were then asked to take one step over the line, at which point we would be privates in the United States Army. Forty-nine soldiers complied. They were marched away. At first, the officer up front (I always think of him as The Colonel) was busy shuffling papers and didn’t notice me still standing there, behind the line. Then he looked up. He sighed, tossed down his papers, left the room, and returned with two more officers. They conferred. Finally, The Colonel approached me and said, “The thing is, we didn’t have enough officers in the room to witness your refusal, so could you come back and refuse again tomorrow?”

Nowadays, when I tell this story to friends who are lawyers, they nod and say, “Uh huh, uh huh. Wait, what? You actually went back there?” I did. I was all alone this time, and the audience included three officers to witness my refusal and four Marines to deal with me afterward, including, inevitably, Square Jaw, who at least didn’t knife me with his bayonet on the way to custody.

So what finally happened? Prison? Highway trash pickup? The morning shift at McDonald’s? Nope. Three years of legal wrangling, at which point the district attorney’s office missed a filing deadline of some sort and I got a letter telling me to forget the whole thing.

I realize my betrayal yarn plays one way in Berkeley and another in the small Midwest town where I grew up and to which I don’t want to return before November, lest I be blinded by Donald Trump lawn signs. It’s also a far different world now than it was during the Vietnam Era. These days, we’re supposed to idolize soldiers, and while I don’t feel that way exactly, I do appreciate their sacrifice. That said, I still won’t recite the Pledge of Allegiance at public meetings, and every time I don’t, I suppose you could call it a moment of betrayal. But the most important point of all, seems to me, is that no one marches me off to the brig because of it.

————
Robert Menzimer is a freelance writer and editor who teaches English and writing and lives with his wife in Albany. He doesn’t know if the FBI still has a file on him, but if you’ve heard anything, you can reach him at MegaBob@pacbell.net. 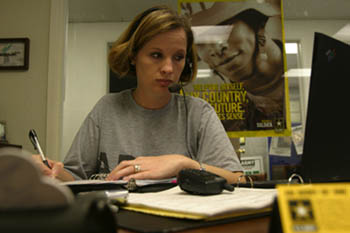 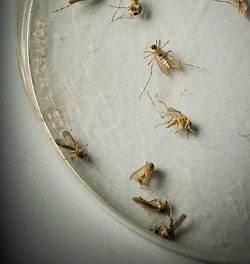 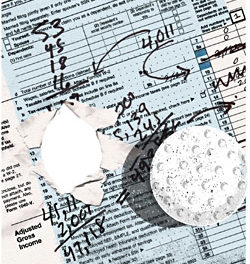 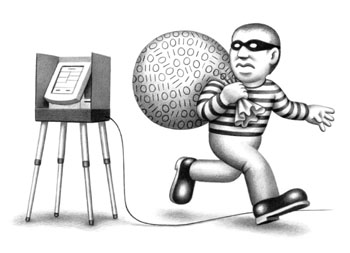 IS YOUR VOTE SAFE?