In 1949 painter David Park carried nearly all of the abstract paintings he had created in the ’40s to the Berkeley dump and destroyed them in one afternoon, inarguably altering art history. Freed from self-definition and ignoring external, societal restrictions that honored abstractionism above all else, he allowed the figurative art some experts believe he was always creating to emerge as never before, giving rise to the influential Bay Area Figurative Movement.

In a recently reissued book, David Park, Painter: Nothing Held Back (orig. 2009, reissued by Counterpoint Press, 2015), Park’s daughter, sculptor and writer Helen Park Bigelow, quotes or includes her father’s words on the decision. “I was concerned with big abstract ideals like vitality, energy, profundity, warmth. They became my gods. They still are … but I realize that those paintings practically never, even vaguely, approximated any achievement of my aims.”

The work of the important Bay Area artist is on exhibit this month, through May 22, at the Richmond Art Center in David Park: Personal Perspectives and The Human Spirit: Contemporary Figuration as an Expression of Humanism. (www.RichmondArtCenter.org for more info.)

Representational in subject matter, often depicting everyday activities—sewing, bathing, playing musical instruments, reading—Park’s paintings from this period are filled with people he lived with or remembered. More than anything else, they are defined by lush textures, bold contrast of figures and their surroundings, virtuoso brush strokes that leap, carve, soar, descend gravitationally—or defy gravity to ascend or to meander horizontally. Thick oil paint moves wet-into-wet with abandon, like water over a rocky cliff—or the paint trails raggedly, its soft edges resembling torn paper or the crumbling crust of toasted bread.

An overview of Park’s work reveals something akin to a candle. Shaped upon centuries-old traditions and offering endless variations of form, texture, composition expression, and color, its purpose was illumination. During his lifetime, Park used the candle’s flame to light a path, then transferred its glow to unlit wicks and metaphorically, ignited a wildfire in the history of Bay Area art. As happens often enough with a candle, the flame was snuffed out too soon, with Park’s luminous power as an artist extinguished at the young age of 49 by an accidental wind carrying the fickle fate of cancer.

Born in Boston in 1911, Park spent most of his early years drawing and painting. Although he was intellectually curious and bright, school was an unwelcome interruption to the piano playing and art creation that he preferred. At age 17, he headed west in a Ford Model T with his parents’ blessings and his aunt, Edith Park Truesdell, a lively artist/educator who lived in Los Angeles. There, Park attended the Otis Art Institute, but one year later, attracted by the progressive art scene he’d heard about in the Bay Area, he moved to Berkeley. It was 1929 and Abstract Expressionism was all the rage.

Park dived in; teaching part time at various schools in Berkeley and carving stone or creating murals for Works Project Administration public art commissions, including a frieze prepared for Mills College, portions of which now reside at the de Young Museum of San Francisco. He formed friendships and professional relationships that would last a lifetime. And always, Park painted. Meeting and marrying Lydia Elizabeth Newell, known as Deedie, in 1930, the couple had two children; Natalie, born in 1931, and two years later, a second daughter, Helen.

During the 1930s, the Parks lived on Shasta Road while Park’s reputation grew, with the Oakland Museum of California and San Francisco galleries presenting his work. The Depression forced a return to Boston and a full-time teaching job, but by the late ’30s, the Park family was back in Berkeley, living in a slip-sliding, crooked house on Santa Barbara Road. Park’s work at the time was heavily influenced by Picasso and often featured abstract scenes of musicians.

When the United States entered World War II in 1941, Park was too old for the draft but supported the war effort by running a crane during the graveyard shift at General Cable Corporation, a defense plant in Emeryville. He, along with many of his artist friends including Elmer Bischoff taught at California School of Fine Arts (now the San Francisco Art Institute), where Abstract Expressionism was revered and large egos bred rock star status for teachers like Clyfford Still. There, he met and became lifelong friends with a student, Richard Diebenkorn, a seminal artist in the years to come.

With war making materials scarce, Park during the early 1940s painted on masonite, thinning the oil paint or gaining depth and texture by using a palette knife to apply melted beeswax tinted with pigment. The thick paint that became his later signature developed at this time was a foundation forged in deprivation during the war years that foreshadowed his extreme devotion to creating art that he felt was honest and soulful.

It was almost a decade later that Park burned his career’s “wick.” Dismayed by paintings he suddenly viewed as contrived, he made his famous trip to the dump to rid himself of the burden. His radical action would have become a story rarely told or remembered if it were not for the direction taken by his “unlocked” soul.

Hackett Mill Gallery in San Francisco has been representing Park’s estate for approximately 10 years. “One significant thing about his action in 1949, is that you’re seeing an artist being displeased with mimicking the mainstream,” says gallerist Francis Mill. “It was courageous because, as an artist, you have the odds against you in terms of finding your own voice. He bucked the trend and professionally, limited himself from exhibition opportunities. Even his closest friends were taken aback at his bold move. It’s interesting to note that a bit later, in the ’50s, they followed suit.”

Park’s flame lit other artists on fire and launched the Bay Area Figurative movement that is widely considered to be the area’s most significant contribution to 20th-century American art.

Richmond Art Center Exhibitions Director Jan Wurm says Park’s decision to return to figuration influenced his contemporaries to examine the power and possibilities of the figure at a time steeped in abstraction and has reverberations even today, 55 years after his death in 1960. Diebenkorn, Elmer Bischoff, Hassel Smith, Frank Lobdell, and others not only followed his trail, but passed the baton by teaching Joan Brown, who became a second-generation figurative artist and later taught students, including Mill, at the UC Berkeley. “Certainly the freedom in choosing an independent path and knowing that work outside the mainstream could be serious, valuable, and drawn into the historical canon can be seen to have empowered feminist, body, performance, social practice, and political art,” Wurm says.

Bigelow says that in writing the book about her father, it was important to tell her story of Park as a painter, father, and friend. “His friendships were a key part of his life. Putting my words next to his paintings on a page was an awesome responsibility. And I didn’t want to write something that would in any way be sentimental, or tossed off as the book the daughter wrote.”

Asking herself questions while studying his art—”How could a squiggle become an ear?” she says, just one example—Bigelow mourned the subjects never discussed. “Someone wrote to me after he died and said he must have been haunted. It seemed like a terrible shadow to cast. It took me until I was writing the book to accept that of course he had things that haunted him. When he painted, he went in so deep and came out so simply that what you see is the human soul on canvas.”

In much the way her father found release by destroying paintings that tormented him, Bigelow says writing the book led to revelation and conversations she had with her mother about her father have resulted in newfound peace. The times when she had felt disconnected, the guilt over paintings lost while escaping a 1976 house fire, and other hurts dissolved in remembrances. “I think about my mother a lot. She gave so much, so willingly. I asked her about the sacrifice and if she ever resented it. She looked at me as if I’d gone crazy. To her, it wasn’t sacrifice. It was just David and his painting.”

The Richmond Art Center of Park’s work is one of two exhibitions during its 80th anniversary that focus on figurative art’s 60-year history in the Bay Area. Mills says his gallery is working with SFMOMA on a future retrospective of Park’s work. The exhibit is likely to include some of the approximately 100 gouaches the artist created when, dying but refusing to succumb to his diminished physical capacities, Park lay in bed and continued to paint his final masterpieces.

————
Lou Fancher is a Moraga illustrator and author who writes for a number of Bay Area media outlets. 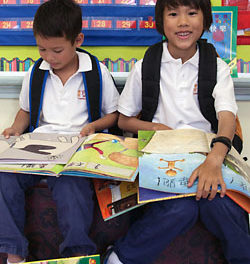 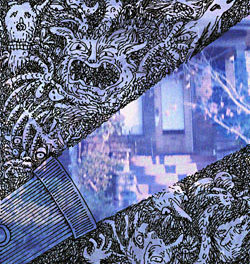 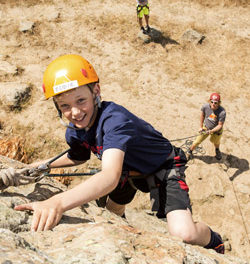