Stories in Voices Yet Unheard

Young African-American men speak up to tell the truth about what it’s like living in Oakland.

Angela Zusman, founder and executive director of Story For All, an organization dedicated to storytelling as a healing art, designed the project as an integration of oral history with African-American male empowerment programs in the Oakland schools. “We work mainly with at-risk youth, with a primary focus on creating a positive narrative about young men of color,” she explained, which led to the Griots oral history project.

The Griots of Oakland book is one of the products (there are also videos and an interactive museum exhibit) created within the African-American Oral History Project. Zusman’s organization designed and implemented the project, initiated and funded mainly by Alameda County Health Care Services Agency’s Center for Healthy Schools and Communities as part of their equity initiative.

A griot (pronounced GREE-oh) is a West African storyteller, historian, poet, or musician. “A highly regarded person in the community, the keeper of history and tradition,” said Zusman. The term is a part of African history and of African-American culture. “In Oakland, we need griots,” Zusman says in the introduction to the book. “We need youth who are confident in themselves, able to speak their truth, ask great questions, and listen to others.”

Over the course of two years, Story For All taught a group of young men from all corners of Oakland about oral history, videography, and professionalism. The trained oral historians then went out and gathered interviews from 100 young men and boys in the Oakland African-American community. The result is the book, an exhibition that premiered at the African-American Museum and Library at Oakland, videos, and a series of book signings and other events that have made the youth into celebrities.

Not surprisingly, there’s been an “enormous positive response to this project,” said Zusman. Story For All is now spearheading a national initiative called The SHINE to meet the growing demand for youth-led narrative-change work across the country. “Next week I am traveling to Mississippi, Georgia, and Alabama to present about our work and how we can partner to uplift youth voices on a national level. So this work is an example of Oakland leading the nation,” she said.

The project won a Public Education Service Award and the top honors in the oral history world: the Vox Populi Award for outstanding use of oral history to create a more humane and just world. The full Griots exhibit moved to the Alameda County Office of Education headquarters in Hayward, then to the California Institute of Integral Studies in San Francisco. And Zusman was invited to talk about the work at TEDx Palo Alto.

Jarvis Henry, 19, was one of the youth interview team members; his words and his work are both included in the final book. “I still use those skills,” that he picked up in the interviews and in promoting the book, he said.

“I’m pretty aware of the city I’m in and the changes and the community. But for me, in the beginning I was aware, but I wasn’t willing to do anything about it.” Now Henry’s working toward “getting a job that could help my community.” He’s in classes at Chabot College in Hayward, in the welding program. He plans to start a construction business in Oakland to help in building the city and supporting his neighborhood. He knows now that he’s a role model—and that the book offered “an outlet for people to express their ideas about their community, and they never really had the platform to do so.” He mused that young black men “can feel selfish. It takes time to get out of that. They look for community, through gangs. I want to change that, give people an alternative to that.”

The project was an opportunity for “oppressed voices to be heard in a positive way. No one really understands the good things that come out of Oakland,” Henry added.

Some of the questions and answers in Griots are heartbreaking, and some are inspiring and courageous. The question, “What’s it like being a young African-American man in Oakland” shows a sharp divide for participants. Of boys under age 13, 79 percent answered “good.” Those age 13 and older, 83 percent defined life as “hard.” And yet, 100 percent of participants said yes, they plan to go to college.

The interviewers also asked questions like, “Who is your role model? Where do you feel safe? What gives you hope? Who is the most successful person you know? What have you learned from your father?” There are many more thought-provoking questions that take the reader—and the subject—far deeper than the typical man-on-the-street interview would.

“We’re using stories to heal, empower, and transform communities. We can’t have an outside voice come in, take the story, and leave,” Zusman said. And the methodology works. “There’s a limit to data. Data doesn’t inspire you to take action.” Black male student achievement is hampered by negative stereotypes, she said. “We have to change the narrative” to effect change. Ergo, Zusman said, “There are brilliant young men all over this country with much to teach us. We want to hear their voices and watch them shine.

“I would like the books in as many hands as possible, but more important, we’d like to be able to train youth and uplift voices in cities around the country, making new books for each city.”

————
For more information, visit www.StoryForAll.org and see videos of the griot interviews online at www.HealthySchoolsAndCommunities.org.

————
Julia Park Tracey is a journal-ist, blogger, and author of Veronika Layne Gets the Scoop and Tongues of Angels. Read more at www.JuliaParkTracey.com. 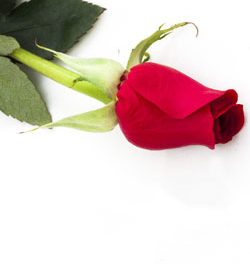 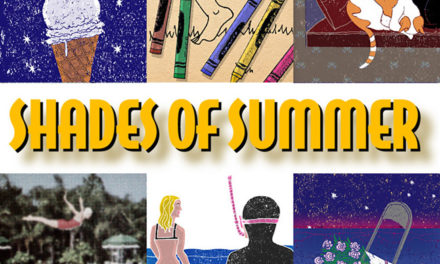 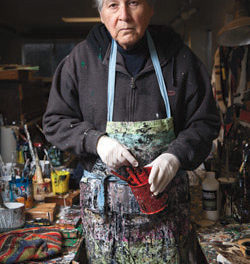 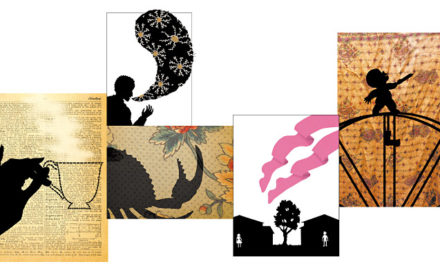