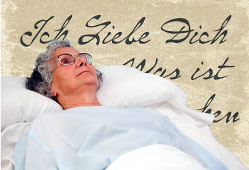 The first time she spoke about Walter, she was still healthy. Not happy, certainly, but her days were full enough with shopping, swimming at the recreation center, dinner, or a play downtown with my father. Before fixing supper, martini in hand, she immersed herself in long phone calls with Henny next door, or with her best friend John, a designer who had helped her open her antique store, and grieved along with her when the rent increased and she couldn’t make a go of it.

When she finally murmured Walter’s name aloud, it was more of a relief than a surprise. I’d already discovered my mother’s poems about him right before I left for college. Sifting through the contents of her jumbled bedside table for a pen, I’d accidentally unearthed the little datebook filled with her neat cursive—pages full of unrhymed stanzas, wistful phrasing, verses earnest and trite. I’d realized immediately these passionate poems were not about Dad. Now she was forthright with me, this first kitchen-table confessional made late one night when I was home on a visit. My father had already gone up to bed.

“You mustn’t tell Dad; it would kill him,” she said. The meeting on shipboard sounded thrilling—Walter, a pensive, handsome doctor from Vienna whom she encountered and fell in love with en route to Italy. He barely spoke English, and she not a word of his native German, but she danced with him on that first night, then dined with him, and finally, reluctantly, surrendered to his affections over the course of the journey. They discovered they shared the same birthday. She showed me a photo of the two of them in elegant dinner clothes inside her stateroom. Their rapt faces needed no translation.

When Walter’s name next arose between us, she was in a hospital bed, propped up in a blue dressing gown after emergency surgery. I bent over her with a lemon-flavored glycerin swab, which was waved away. She’d suffered a grand mal seizure while getting dressed, managing to call out to my father just before hitting the floor. She didn’t yet know what we knew—that scans revealed tumors in her lungs, shoulder, and brain—but she must have sensed, as creatures do, that the days had already begun to change and fall away like autumn leaves. Through a haze of pain medication, she begged me to remove the collection of letters she’d hidden at home. I must put them somewhere where not a soul, meaning my father or brother, would stumble on them.

To suddenly learn that they had corresponded for 26 years came as a shock. Friends in Washington and Vienna had translated the letters between them. The relationship took on a new light, fraught with implications.

“Did you ever see him again?” I wanted to ask her all kinds of things now, but she was too weak, too tired.

“Once, in New York. It was everything.” She closed her eyes, lost in memory.

“But you didn’t want to leave Dad?” It felt awful saying the words, as if I was an objective bystander instead of a daughter. My father had always devoted himself simply and completely to her, evidently seeing only what he allowed himself to see.

“It wasn’t a matter of what I wanted. I couldn’t. And honey, Walter had a family and children, too. We made a decision together, that we couldn’t hurt so many people all at once.”

Later, she tried to construct a letter to him. The brain tumor reduced her beautiful handwriting to anemic, crooked block letters. She couldn’t remember certain words or numbers. Finally she gave up and dictated instead, minimizing her symptoms, even joking about the lousy American hospital for his benefit. I mailed it to the translator in Vienna that very afternoon.

Soon I received two letters from Walter, mailed directly to me, in English. One for me, one for my mother. Mine contained money, and the instruction to buy my mother roses every day for her bedside. More would come whenever the funds ran out. It was clear that his medical training, along with having known my mother almost half her life, had allowed him to intuit every detail she’d left out about the seriousness of her illness. I re-read the line at the end, in which he stated that he had told his wife about my mother. Why now? I longed to ask him. Why ever, why at all?

I never told him that his loving letter to her arrived too late—that by the time it came, my mother was already gone. When I wrote back, I let him know what I could about her gentle passing. I couldn’t tell him about the way she looked at my father in those final days, her face and eyes lit from within, as if in love with Dad still, or for the very first time.

Years later, when a small mimeographed notice arrived in the mail from Walter’s wife, with the date of his death and the address for a church service in Vienna, there was really no one to tell. I still wonder if the most important things my mother could say about love weren’t said a long time ago, despite or including what was omitted, written, lied about, and kept secret. Perhaps it’s of little consequence who said exactly what, or to whom.

————
Stacy Appel is an award-winning writer in Lafayette whose work has been featured in the Chicago Tribune and other publications. She has also written for National Public Radio. She is a contributor to the book You Know You’re a Writer When … by Adair Lara. Contact the author at wordwork101@aol.com. 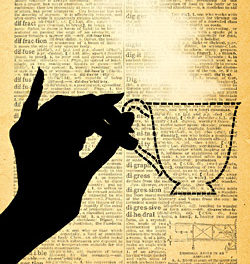 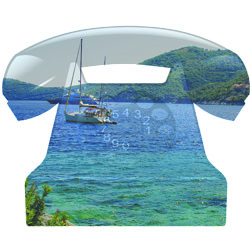 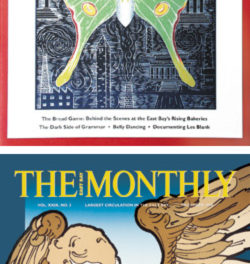 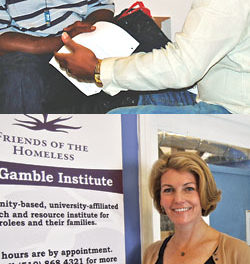