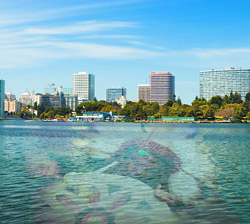 Merchants, semiliterate peasants, teenagers with concocted papers—my ancestors came eastward to these shores in the early decades of the 20th century. By then Oakland had already accumulated enough wealth and industry to become a destination of hope beckoning across the Pacific.

They mostly came from rural villages in southern China, where the same family names and dirt-poor way of life had been around seemingly forever. They landed here and restarted their lives in a fast-changing foreign city that had been established within living memory, filled with people from all over the world.

But this was an ancient place, too. Did my ancestors ever think of Oakland that way: as a place Native Americans once called their own? Perhaps they saw a wooden Indian in front of a cigar store, or a poster for a wild West show, and somebody explained to them that those were the people who were here first. It would have fit the narrative they already knew from places like Hong Kong and Macau: white Europeans and now white Americans spreading across oceans and continents and having their way with what they found.

My grandparents did taste that expansive presumption in other ways, such as exclusionary immigration laws, discriminatory wages and taxation, race restrictions on housing, and everyday prejudice. But they were economic migrants, here for what the Americans had built with such astonishing speed on what they had taken. Considered moral reflection or sentimentality would have been quite the luxury.

I think of all this as I run Lake Merritt and witness a small culture war currently being waged there: a handful of medicine wheels, or sacred hoops, painted white, red, black, and yellow here and there on the shoreline path, then painted out, and then repainted, again and again.

In my hundreds of laps around the lake at all different hours I have never actually seen any of the painting or painting-out going on. I have to think that the painter is a Native American neighbor, determined to keep this land and these waters connected to his people’s ancient identity and meanings (such wheels being variously understood as the four directions, seasons, stages of life, and ways of knowing).

And is it Public Works or perhaps Parks and Rec dutifully painting them out? I smile and root for the medicine wheel painter every time.

Not so for the various graffiti taggers that plague various spots around the lake. When I can, I take it upon myself to obliterate their excreta from benches, railings, and lightposts. Such utterly selfish, juvenile narcissism angers me. I imagine myself screaming at them: “This belongs to all of us, not just you! Did you do anything to create this place, this space? You’re lower than a dog marking a fire hydrant!”

Some other ways of marking space leave no visible trace at all. One night, as I rounded the path by the Rotary Nature Center, right by the totem pole, I caught the smell of burning sweetgrass in the cool air. Running Lake Merritt means smelling pot fairly regularly and cigarettes now and then. But this was sweetgrass. I remembered the aroma from a Native American Christian gathering I took part in some years ago, entering through the smoke, blessed by the prayers being lifted up.

As I ran a little farther up Bellevue, the smell got stronger. Then, suddenly, I saw him—there, on a bicycle, in the shadows, pedaling slowly, holding out a smoldering plait, perhaps making his way around the whole lake. I immediately wondered if he were also the painter. But then he was gone, into the night, like a ghost.

Where does this all leave me? How much am I the civic-minded, taxpaying citizen, here for the common good? And how much am I just another layer of gray paint covering over indigenous life, another smear of human graffiti defacing stolen land?

So we are Americans too, fully benefiting from the stolen goods that are this land, this place. Whoever you are painting the circles, whoever you are offering sweetgrass prayers for this land we now share, please accept my small amends.

——————————————
Russell Yee lives in the Glenview neighborhood of Oakland with his wife, Lisa, and their two daughters. 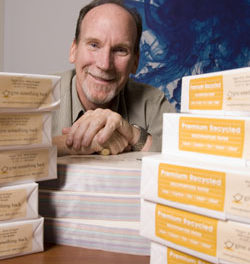 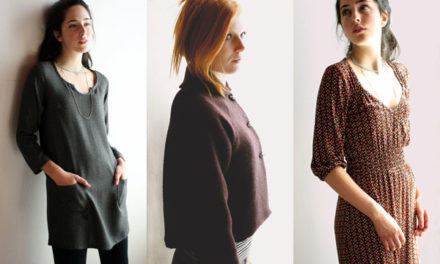 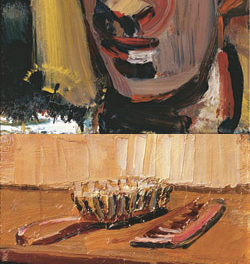