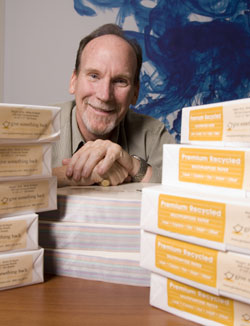 Mike Hannigan: Give Something Back

When strangers ask Mike Hannigan what he does for a living, he says he’s in the office supply business. His modest reply leaves out a lot: Hannigan owns Give Something Back, the largest independently owned office supplies company in California, which annually sells $25 million worth of products to 4,000 businesses. Modeled after Newman’s Own, Hannigan’s business gives all its profits to community organizations—nearly $3 million since Hannigan and Sean Marx founded it in 1991.

Moreover, Give Something Back allows its customers to vote on where the contributions go. “Wells Fargo Bank gets one vote, Edie’s Nail Shop gets one vote,” explains Hannigan. The money goes to food banks, homeless shelters and public health agencies—organizations that take care of the “people who are hardest hit,” he says. Customers have chosen hundreds of organizations over the years and are free to nominate still more nonprofits as recipients.

Hannigan feels this level of customer involvement is crucial because it gives them a chance to identify the areas of greatest concern in their communities. Simply by going to their jobs and ordering office supplies, they can help heal local problems. Hannigan says Give Something Back isn’t a philanthropic company, but rather a vehicle for the community to be philanthropic.

Hannigan, 57, was a college student in the ’60s who felt the cultural mandate to be a community activist. At UC San Diego he earned a bachelor’s in philosophy, and at UC Berkeley he earned a master’s in criminology. Combined with his studies, the politics of his generation led him to think about entrenched social problems, including economic inequality and injustice.

Hannigan worries about the growing disparity of wealth in this country. He says he doesn’t believe that businesspeople wake up in the morning and say, “How do I screw the poor today?” but the result is still unjust, and a typical outcome of the way business is conducted in the private sector. “The majority of individuals are living more and more on the edge, are farther and farther away from what they consider to be security,” says Hannigan. “Affordable housing, affordable health care, quality public education—what people used to consider to be the rights of the middle class—those are gone for huge segments of the population.”

Through his business, Hannigan is taking on these problems by embracing a new model of corporate responsibility and customer-driven philanthropy. 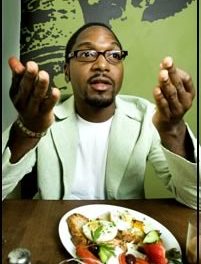 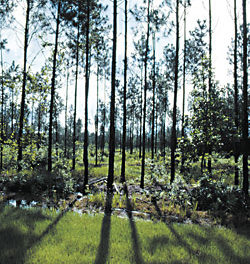 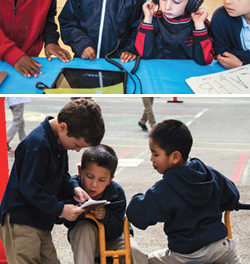