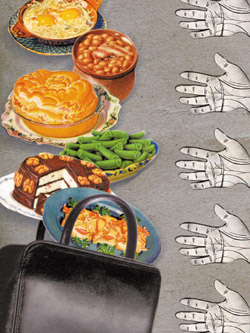 In small-town, Depression-struck America, a mother mashes potatoes in her linoleum kitchen. Hearing the knock at the back door, she wipes her hands on the apron that covers her housedress, and opens the screen to a grizzled man in dusty overalls who has wandered over from the railroad tracks. “Have any extra food, ma’am?” he asks.

She puts together a ham or bologna sandwich. Sometimes she gives him a cup of coffee or a glass of milk.

It never occurs to her to say no.

The only hungry creatures at my back door are the deer that eat the roses. But I see the homeless and the hungry every day as I walk to BART, the gym, the library, the theater. Some sit on the sidewalk, backs pressed against shop walls, paper cups for donations in front of their crossed legs. Some have signs. Some have dogs, also hungry. Some walk right up to me, pressing their faces close to mine, asking urgently for money.

Sometimes I press a little money into a palm, sometimes I don’t. I’m not consistent in my giving, only in my guilt. The decision depends on many things: if I’m rushed, if I’m packing too much stuff, if my wallet is buried too deeply in my bag, if the person is smoking a cigarette, if the person looks like a con artist, if I gave at the last corner. And I don’t always carry cash. Last month a woman who ended a complicated story with a request for bus fare was incredulous that I didn’t have money with me. “How do you eat?” she demanded.

She caught me off guard. I had really thought she wanted transportation advice, and though I may be cautious about donating money, I dispense information with largesse. Disconcerted that she had reduced me to another mark, I was glad I was carrying only my gym clothes and a library card.

A week before, I had watched a heavy-set blind man stumble about at the park across from Berkeley High School. One of his legs wasn’t working right, and he needed a sturdier cane. I crossed the street and approached him. “Can I help you?” I asked. “Where do you want to go?”

He said something about the shelter, and I gave him my arm and walked him back across the park to the shelter and the health van.

“What I’d really like is something to eat,” he said then. “The shelter won’t be open for a long while yet.” Again I was disappointed that what I could offer wasn’t enough.

Once, at a busy downtown Berkeley intersection, a young man grinned at me. I smiled back. “Is my smile worth a quarter to you?” he asked. I had a quarter in my pocket, so I gave it to him. But I didn’t feel a warm sensation.

Usually, I just feel guilty, whether I give or not. I tell myself I shouldn’t have to apologize for my refrigerator full of food and my bed with an electric mattress pad. But when I walk past the lumpy blankets in the doorways, when I see the strung-together grocery carts full of plastic bags, I feel responsible—and, often, helpless.

Some years ago, I tried to emulate the 1930s lady at her screen door. Each morning, as my husband crossed the park in San Francisco’s Civic Center on his way to work, the men idling on the benches would ask him for money. Hoping to feed people rather than fund drug or alcohol addictions, I began to pack my husband two identical sack lunches, one for him to give away. He got to know the men, would accept smiles and jests in exchange for the lunches. The enterprise worked less well, though, when the usual customers were absent. “What kind of sandwich is it?” one man asked. Upon being told that it was peanut butter and jam, he handed back the paper bag.

Down every block are even more doorway dwellers and mumbled entreaties. Were I to drop coins—or bills—into every outstretched palm, it wouldn’t be enough. And wouldn’t such giving imply that I am either a fool or a foolish philanthropist, that the man with the hand closing around my money is either a puppeteer, pulling my strings, or a desperate, demeaned human being?

Yet, perhaps it is possible to give with grace. One Thanksgiving we were about to begin a big dinner at the house of friends. There was turkey for the meat-eaters; there were stuffed pumpkins for the vegetarians. The doorbell rang, and Barbara went to answer it. She wasn’t wearing a housedress or an apron, and the hungry man had come to the front, not the back, door, but she sent him down the stairs with a plate piled high with food.

And it was a china plate. 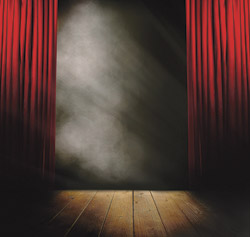 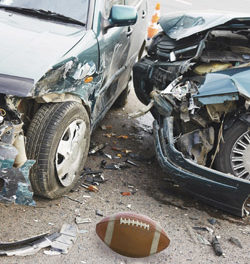 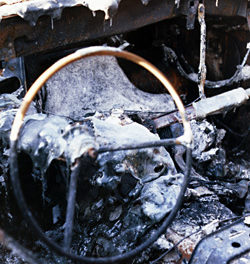 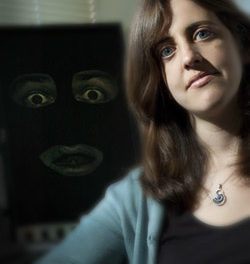