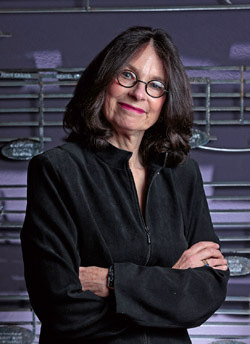 MUSIC | Thanks to Susan Muscarella, California Jazz Conservatory has a storied rep as an independent music school devoted solely to the study and performance of jazz.

Susan Muscarella was only 12 years old when she had a life-changing experience that led her to follow her heart.

“The first time I heard jazz on the radio, I was quite taken by it. It was the Ramsey Lewis Trio playing ‘The In Crowd’ — just piano, bass and drums. I made the decision right then and there to pursue a career in jazz,” she said.

“I’d started classical piano lessons, with a bit of boogie-woogie thrown in, when I was 8 years old,” Muscarella continued. “After hearing Ramsey Lewis, I changed teachers and studied with a jazz instructor in Oakland, Wilbert Baranco. That was a thrilling experience for me. I was in high school and practiced so much that my parents put a second piano in my bedroom and soundproofed the room. I was driving everybody crazy. I was lucky. My parents helped me at a time women didn’t play jazz that much. I wanted to go out and play in bars, and they were supportive. They knew I was determined to be a good player.”

A lifetime later, she’s still playing piano and leading her own trio. She’s also a respected piano teacher and the founder of the California Jazz Conservatory, the country’s only independent, accredited college dedicated to jazz. Many jazz education programs are under the umbrella of a larger institution with multiple departments. The California Jazz Conservatory is an independent music school devoted solely to the study and performance of jazz.

Muscarella started the school that evolved into the California Jazz Conservatory in 1997, after leaving her job at UC Berkeley. “I began teaching while I was accumulating my performance credits through the UC Berkeley Jazz Ensembles program. I had transferred to UC Berkeley from Diablo Valley College to study composition with Andrew Imbrie. Having the opportunity to study with Professor Imbrie was one of the most meaningful experiences of my life.

“While I was a student at UC Berkeley, I was playing with Mel Martin’s band, Listen, and my own trio. I never thought about teaching, until the director of the UC Jazz Ensembles program asked me to take on a few students. Teaching wasn’t in my long-term plan, but I ended up loving it.”

Eventually, Muscarella became the director of UC Berkeley’s Jazz Ensembles program. It was her first full-time job, although she’d been working part time for a dance company and playing gigs with her trio. She worked at UC for more than a decade. She left UC Berkeley when it became clear that the institution had no interest in developing a degree-granting program. “After I left UC Berkeley, I went back to performing, but soon missed teaching and running a program. I started teaching piano lessons at home and began to design my own school. I launched the Jazzschool in 1997.

“It was easy to get it off the ground; there was such a need for it. You know the saying: If you build it, they will come. I built it and they did come. I took out a mortgage on my house and bought a building on Shattuck, the former location of the Yellow House restaurant. I remodeled it to look like a school, with a small cafe attached. I wanted a space where the students could feel like they were playing in a jazz club.”

By the end of the first year, the space the Jazzschool occupied had become too small. Muscarella, and her rapidly growing faculty, many of them well-known musicians, began looking for a bigger space. “At that time, Berkeley was creating the downtown arts district. I wanted to be there. When we found the basement of the Kress building was open, I mortgaged the house again.” After extensive renovations, the Jazzschool moved into the Kress Building in 2002.

“We renovated the space and added soundproofed classrooms and practice rooms, offices, a bookstore, the Jazzcaffe, and Hardymon Hall, a performance space that seats 85. [Latin jazz trombonist] Wayne Wallace referred to it as ‘one-stop shopping for jazz.’ At one point, we had more than 800 students a quarter, taught by 65 professional jazz artists and educators.”

After the move to downtown Berkeley, Muscarella realized that the school needed to become nonprofit to strengthen the institution’s financial viability. She also wanted to offer a program that would hold students accountable for their work, so in 2007, she began designing a four-year bachelor of music degree in jazz studies and applying for institutional accreditation. The degree program was launched in 2009. “When we gained accreditation in 2013, we took the opportunity to rebrand the institution from Jazzschool, to California Jazz Conservatory. The degree program took the moniker CJC and the non-degree-granting community music school retained its original name, Jazzschool. CJC’s degree program averages about 60 students per semester, which is 50 percent of our goal of 120. Jazzschool enrollment averages about 500 students of all ages and levels per quarter.”

The California Jazz Conservatory celebrated its 20th anniversary in 2017, while in the midst of another expansion. “In 2014, two of our Jazzschool students, Kathi Rendon and John Kainluri, generously provided the seed money we needed to acquire a long-term lease on a building across the street from the institution’s Addison Street facility. With generous support from our lead donor, Jennifer Maxwell, and others, the new space was completed in February 2018, giving us additional classrooms, practice rooms, office space, a listening and reading library, another cafe and an 85-seat concert space. The California Jazz Conservatory’s two concert venues are small by design for the purpose of preserving an intimate connection between the musicians and the audience.

“Our goal is to become the ‘Juilliard of jazz’ on the West Coast — a small, but pre-eminent school devoted to the study and performance of jazz and related styles of music. We offer classes focusing on jazz and related styles of music, including Afro-Caribbean, South American and Indian. Music from all over the world, but we don’t call it world music. Our biggest challenge is finding the resources to keep up with our vision.”

The most important part of the school’s mission is making sure that jazz education and performance is available, and affordable, to upcoming generations. “The California Jazz Conservatory offers year-round music education and performance programs for all ages and levels,” Muscarella said. “Everyone from the aspiring musician, to the aspiring artist, to the jazz-loving concertgoer.”

To that end, the school offers year-round after-school programs, aimed at students between the ages of 11 and 18, as well as many summer programs, including a Girls’ Jazz and Blues Camp, a High School Jazz Intensive, Vocal Intensive, Guitar Intensive, Jazz Piano Intensive, and the Jazzschool Summer Youth Program.

You can find out more about enrollment, classes, and donations by visiting the CJC website at www.CJC.edu, calling the main office at 510-845-5373, or visiting the campus at 2087 Addison St. in Berkeley.

Read a 2007 Monthly article on Susan Muscarella and the Jazzschool by clicking here. 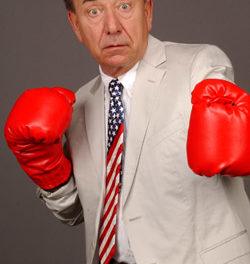 Comedy in the Era of Trump 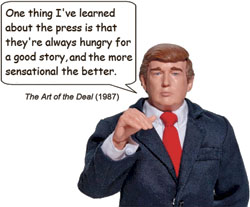 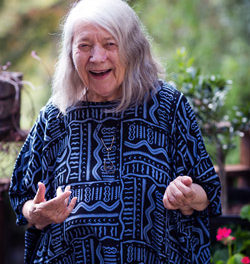 Oakland’s Barbara Dane Gets Around 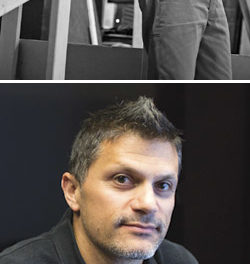