The Palo Alto author’s debut novel, ‘Hear and Now and Then,’ is a contemporary sci-fi adventure story with a literary bent.

Shape-shifting and genre-bending do not begin to describe the life and work of Mike Chen. Storytelling does.

The Palo Alto writer’s debut novel, Here and Now and Then, is contemporary science fiction, a classic literary tale of good versus evil. It’s a techno-packed adventure story whose arc ping-pongs between the mid-1990s in San Francisco and an otherworldly location in 2142. More than anything, it is a gripping tale of a father determined to save his daughter from physical harm or psychic suffering. Read as such, the story of Kin Stewart, a Temporal Corruption Bureau agent in one world and a flawed but profoundly loving parent and ex-military man with PTSD and a cheese lasagne with quinoa recipe he hopes is worthy of a TV cooking show, Home Chef Challenge, is an homage to family and commitment.

Chen, born in San Jose to parents who immigrated to the United States from Taiwan and China, lives in Palo Alto with his wife, Mandy Chen, and the couple’s 4-year-old daughter, Amelia. During his childhood, his mother was a nurse who read and to this day reads only medical literature “to stay current,” he said in an interview. “My dad was an industrial engineer, but into classical literature: Tolstoy, Thoreau, Shakespeare, Edgar Allen Poe.”

Chen, predictably, is a literary and career path mash-up. A large box that was “just books, books, books,” was permanently stored under his childhood bed. At age 9, he read his first science fiction—novellas written under the pen name Jack McKinney by sci-fi writers Brian Daley and James Luceno based on the Robotech series. He was hooked, moving in teen years to Anne Rice. “It was my intro to a bigger storytelling universe,” he recalled. “Anything with morose vampires, I liked.”

Chen recalls struggling to discover his identity and relating to the dark atmosphere and lyricism of Rice’s novels. He admired snarky characters and snappy pace in Ellen Conford’s A Royal Pain and the tremble-worthy gothic horror of The Haunting at Cliff House by Karleen Bradford. “Reading science fiction and horror books was also rebellious. It was stuff my dad didn’t read.”

In primary school, Chen played the jokester to fit in. He mastered first-person shooter and action-intensive video games and was especially drawn to Lucasarts’ X-Wing, fueled by a desire to be a pilot. He drew comic strips of alternative dystopian/utopian universes and wrote a parody of The Grapes of Wrath entitled The Oranges of Evil. “I read it in front of the class, and it made people laugh, including the girl who laughed so much she was crying. That was when I knew that I knew how to do this. It was the first time I had done something creative that influenced someone else.”

Even so, he suppressed a yen for full-fledged creative writing. Instead, he elected to earn a “practical” engineering degree and work as a freelance technical writer and journalist for mainstream media outlets and corporations. Chen has covered the NHL and ghostwritten articles for Forbes, Buzzfeed, Enterpreneur, and others. He contributes to geek culture websites including The Mary Sue and The Portalist. He is completing a second literary fiction novel due for release in 2020. “It’s a manuscript I wrote in 2011 that I unearthed and did a heavy revision on with my agent, Eric Smith.” A third book still in proposal/query stage waits in the wings.

Speaking on whether video game storytelling differs from sci-fi or literary short story writing, Chen said, “It depends.” He divides video game writing into three basic categories: linear with emotional narrative that surpasses the game playing; interactive fiction that offers four to eight different “story branches” or endings; and open world games that build and explore a virtual world. “You still write in a three-act beginning-middle-end structure, but it’s not as detailed,” he said about video plot lines. Even so, he added, “You factor a player’s experience, but you still convey a tangible story. Same with short stories. Other than technical limitations and differences, it’s all telling a story.”

Technical writing for corporations, he said, is like an athlete working out in a cardio room. “You’re practicing word choice, sentence structure, efficiency, emotional resolution, and flow. It all helps. It’s made me a faster writer. I have a daughter and family, so time is at a premium.”

After crafting Here and Now’s time-travel story for six months, “destroying” and rewriting the first half, and sending out query letters over the following year, Chen landed an agent in approximately four months. Anchoring a publisher was more of a journey. “We got a lot of support from the editorial side. It was the business people who turned it down. They said it was too sci-fi at literary presses. At sci-fi presses, they said it was too literary. My agent said as long as it was hitting the spot with the creative people, we’d find a crossover place.”

Other details—two characters’ foodie know-how comes entirely from his real life wife’s culinary prowess and not his limited skills—lend insight into the more personal aspects of Chen’s storytelling.

Deeper yet are threads relating to race and Chen’s identity as a Chinese-American writer. Sci-fi and fantasy book releases during the last five years demonstrate increased representation of Asian characters as heroes, according to Chen. “Grassroots organizations, like the We Need More Diverse Books initiative, build awareness and affect what ultimately gets released. As a creator attending their conference, it was good to hear I wasn’t the only writer fighting deep inhibitions.” Tasha Suri’s Empire of Sand, he said, is an example of a book that might not have existed 10 years ago.

As for action films and video games he continues to enjoy and his role as a parent, Chen maintains a nonbinary position. Like the father figure in his novel, there’s risk involved in even the wisest parenting decisions. “There are video games I don’t show my daughter yet, but, well, there’s a ton of violence in Star Wars. There’s shooting and light saber battling. When is she ready? They get to the age when they understand the medium and the story. If someone has trouble with that, there are bigger issues. Before I was a parent, I didn’t pay attention to ratings on games. Now I can see when you safely introduce kids to the level of violence, the realism of it.” As it is for the father in his novel, care, concern and contemplation are necessary to parent a child—or to tell a complex story. 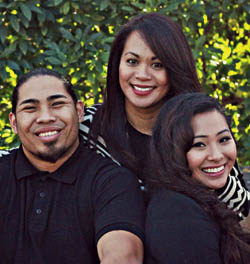 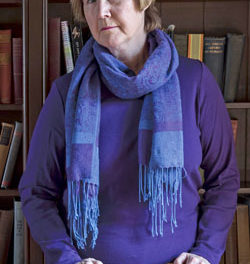 Central to the Cast