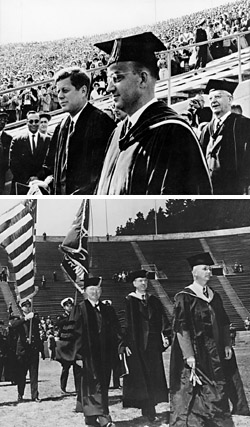 Long a subject of town-gown controversy and litigation, U.C. Berkeley’s renovated Memorial Stadium will be a few months shy of completion but open for business—football business, that is—at the Bears’ Sept. 1 home opener against the University of Nevada. Built in 1923 and dedicated to Cal students and faculty and other Californians who died in World War I, the historic stadium is inconveniently situated on the Hayward fault—hence the $321 million seismic upgrade project approved in 2009. (See “A Tree Grows in Berkeley,” May 2007.)

In addition to enhanced safety, Cal football fans can expect cosmetic upgrades and a more user-friendly facility. The historic facade will not get a facelift, but will be patched to match its original 1923 patina. Aluminum bleachers will replace old wooden seats throughout the stadium (interestingly, seating capacity will actually be reduced). Additional creature comforts head the list of west-side improvements, including modernized facilities with more restrooms and a widened concession concourse.

Spectators in lower rows will enjoy improved sightlines, as the playing field is lowered four feet. Bench-backed seating promises additional legroom in premium sections. And thanks to the dawning of the digital age (something unimagined back in 1923), the stadium will boast a new public address system and improved lighting, as well as modern video and graphics scoreboards.

The university’s housing and dining services will control general concessions, while topside clubrooms offer meeting, wedding, and reception facilities with panoramic Bay views. The chancellor and athletic director lay claim to the only two boxes. And not even a gaggle of news media will be able to fill the new 34,000-square-foot press box, zenith of the west-side tower.

To view progress firsthand, visit the team dining room at the stadium’s Simpson Center. Along the way, gaze through clerestory windows at weight rooms and training facilities two levels below. Then pass through double doors to a $7.50 prix fixe, public lunch served weekdays, 11 a.m.-1:15 p.m. Trust us, the new view isn’t hard to swallow. 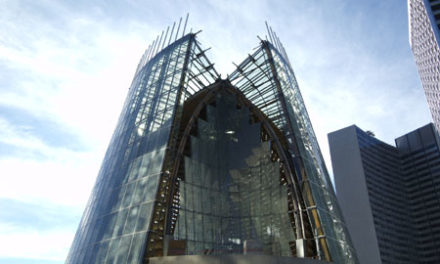 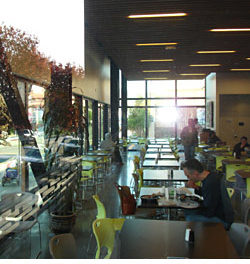 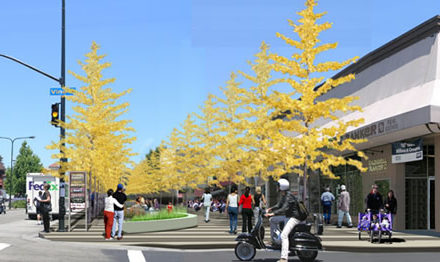 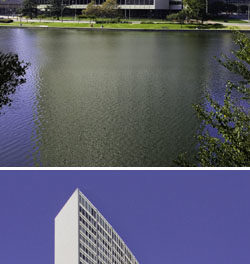